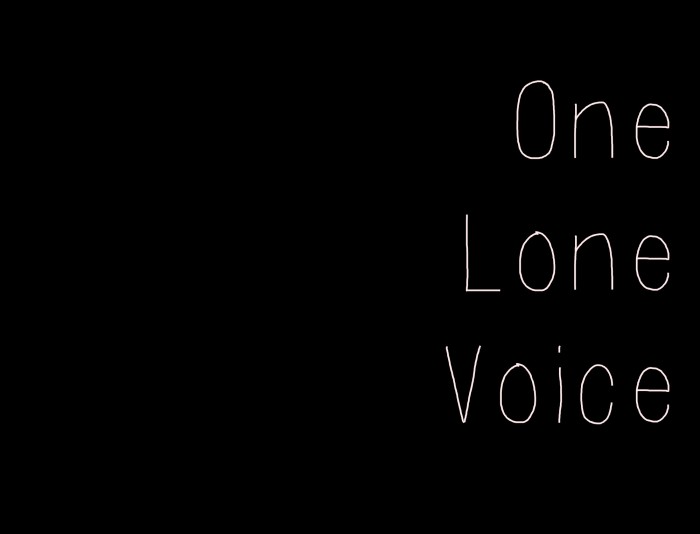 One of my daughters decided to comment on someone’s outspoken support of Friday’s Supreme Court decision on one of her social media accounts. She was polite and kind and truthful, using God’s Word as her guide.

What she got was–

I find it so extremely interesting that the cry is to love, love, love. But somehow that love does not extend to those who disagree. No matter how lovingly and gently you state your disagreement.

I want to unequivocally state here that I am not against people who support gay marriage. I know and care deeply about several people who live gay lifestyles. I do not have to agree with you to love you.

Somehow we have grown just a bit confused about what love really is.

Love and tolerance are the words of the day, but those two words that are thrown about by this group are not extended to Christians who simply want to practice their faith. In my mind, the vicious attacks made upon Jesus Christ and His followers are a great confirmation that we are on the right path. Few others are maligned the way we are these days.

The coming trials and persecution are going to give us many opportunities. We are going to be able to share Christ’s love and the Gospel with those who are confused and hurting. And we will be used by God in a mighty way if the Gospel is lived out in our lives like never before.

But are we brave enough for this daunting task before us?

Since the Bible Challenge began in January, I have been writing about what we are reading on Thursdays. But on Saturday I read something in my Bible reading that is so fitting— so pertinent— so applicable— to what we are going to face soon in this nation as true believers that I just had to write about it today.

In I Kings 22, we read of a man named Micaiah. As a little background, we read first of Ahab and Jehoshaphat discussing whether or not to join forces against the King of Syria. To confirm their decision, they decide to ask the prophets of the land. All 400 men– four hundred men who claim to be men of God– tell Ahab that he will experience victory. There is not even one voice of dissension.

But there is one man by the name of Micaiah, who has not been asked. Ahab even states that he hates to ask this man of God anything because he always gives him an answer he doesn’t like! (I Kings 22:8) But with Jehoshaphat’s encouragement, Micaiah is brought before the two kings.

Micaiah chooses to speak truth, rather than tickle the Kings’ ears, even though he is going against the message of the 400 men who call themselves men of God. The truth of the matter is that Ahab will not return home from that battle alive. Micaiah bravely shares this bad news with the King. He is the one lone voice of truth.

In reaction to this unpleasant news, the King throws Micaiah into prison.

A few days later, Ahab is killed in battle.

There is so much to learn from this biblical account, in light of what we are facing in America today. Here are a few of the lessons that came to mind–

1. We need to speak truth, no matter how many people disagree with us. Today we have the Bible–the inspired and inerrant Book that God has protected throughout the ages. It doesn’t matter if the whole world disagrees with us– we still speak the truth as it is presented in the Bible.

2. We speak truth, knowing full well to do so could be at our own peril. Micaiah landed in prison because he chose to spoke the truth. Are we prepared to lose our freedoms, our reputations, our jobs, our comforts, our wealth, our friends, and our families? We are moving into a strange new land. It is not the land of our grandparents. And to follow Christ is going to mean sacrifice. Are we ready for this? Even as I write this, I realize that to do this will require the powerful work of the Holy Spirit in my life, giving me the courage and grace I need. Because when I think about this in my own strength, I tremble. Will I be strong enough to bear what’s coming?

3. We cannot alter our message to please the hearers. Micaiah could have tried to soften the blow and just hedged around, but he did not. While he wasn’t mean or unkind, he was forthright. If you recall, our ultimate example, Jesus, was very much the same way.

4. The majority does not represent God. The 400 men who told Ahab to expect victory were very obviously wrong. The majority can be– and often is– wrong! I am not sure what it is about peer pressure, but humans have this strange “herd” mentality where they just believe they need to follow the crowd. But the crowd is rarely right. Micaiah stood against the crowd. And so should we.

5. So-called revelations are not trust-worthy. These 400 prophets claimed to have special revelation from God. But they were lying. Just because someone says that God gave them a message doesn’t mean He did! These men were either lying to please the King or had been given a false message from demonic sources. Whatever it was, they were not trustworthy and we should take a lesson from this. With so many running around saying they have heard a special message from God–and particularly if it goes against God’s Word–we can know that they have not had a message from God. It may have come from their own selfish thoughts or from a demonic spirit but it certainly did not come from God.

6. The consequences of sin are real and Jesus is the only way, no matter what we choose to believe.  Ahab chose to believe that the majority was telling the truth but he was still dead by end of the day. Have you ever heard someone say that “whatever you believe is true for you?” I do not understand how a logical, thinking person could be brainwashed into believing such garbage, but most of our young people today do believe this. (This fact gives great proof to the brainwashings of our public education system and higher institutes of learning, in my opinion.) Truth is truth. It cannot be swayed or changed or twisted. And it certainly isn’t going to bow the knee to my whims and desires. Ahab was set to die and his choice to not believe Micaiah’s message would not change the outcome. And so we, too, are going to pay a very real price for our sin unless we come to the Savior. We can choose to believe this or choose not to believe this but, in the end, it doesn’t change the truth.

Fellow believers, we live in a frightening time. While many of our brothers and sisters in other lands have faced persecution and hard times for following Christ, we have lived in our comfortable homes, freely worshipping and sharing our faith. But the storm that was off in the distance for such a long time has now settled in upon us. Oh, it may not affect you directly…today. And you will be able to fool yourself for a few more months, or if we are fortunate, a few more years. But I encourage you to get in the Word of God and to grow your knowledge of His great strength and help in the time of trials. I encourage you to deepen your relationship with God and to grow a strong prayer life. Prepare to be the one lone voice in your churches, your families, your work places.

10 thoughts on “One Lone Voice”