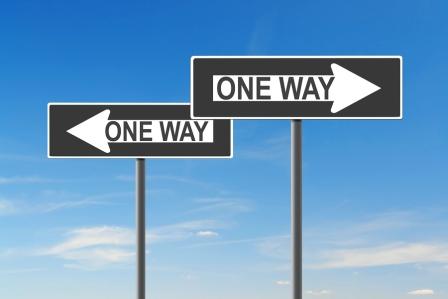 Did you ever date someone who gave you mixed signals? I had a few experiences like that. They would say they didn’t want to date me, but then their actions would not match their statement. I am sure many of us had to work our way through those mixed signals given to us by the opposite sex in our dating years.

Unfortunately, mixed signals are quite common when it comes to the world of religion, as well. Have you ever been around one of those people that claims to be a Christian but doesn’t live it? They don’t only claim to be one, but they use all the right vocabulary when they talk about religion, sprinkling their conversations with a generous amount of Bible verses and good-sounding theology.

Meanwhile, their lives are filled with all of the things God hates with no conviction to change. They look just like the world in almost every way and defend it as acceptable in the eyes of God.

They are what we would generally call a “hypocrite.”

Hypocrite: : a person who claims or pretends to have certain beliefs about what is right but who behaves in a way that disagrees with those beliefs

Last night my daughter was telling me about a young TV star who presents quite the confusing Instagram. She claims to be a Christian, but on her page she posts verses alongside almost pornographic images of herself. While this is a blatant example of hypocrisy, this is not uncommon among movie stars and athletes.

But it isn’t just movie stars and athletes that are hypocrites. There are plenty around. I am sure you can think of at least one right now.

And these hypocrites can really wreak havoc when we are trying to share the good news of the gospel.  Their lack of holy living, their arrogance, and their disinterest in interpreting the Word of God correctly can really be stumbling blocks for many people. They do an immense amount of damage for the cause of Jesus Christ. And it can be frustrating for those of us who are really trying to live out a godly life and share the good news with others.

So what do we do about these folks giving mixed signals?

These are the folks that are living in sin, so while some confrontation may be in order, you have to decide very carefully if it should come from you. If you do decide it should, make sure your heart is brimming over with love for that person.

But if you don’t believe you should be the one confronting the person, then what can you do with all of the damage this person is doing by their mixed signals?

I would make a few suggestions–

While it seems that hypocrites are increasing by leaps and bounds in this current age, I doubt this is a new problem. Wherever you find freedom of religion and a pop culture that includes Christianity, you will find hypocrites. After all, you won’t be a hypocrite if you know your freedom–sometimes even your very life– is on the line. I guess that would probably be the one bright spot in being part of the persecuted church. No fakers there.

But, while persecution is probably coming to the Western world sooner rather than later, in the meantime we need to not only put up with hypocrites, but try to genuinely love them, praying that the blinders would be lifted from their eyes.