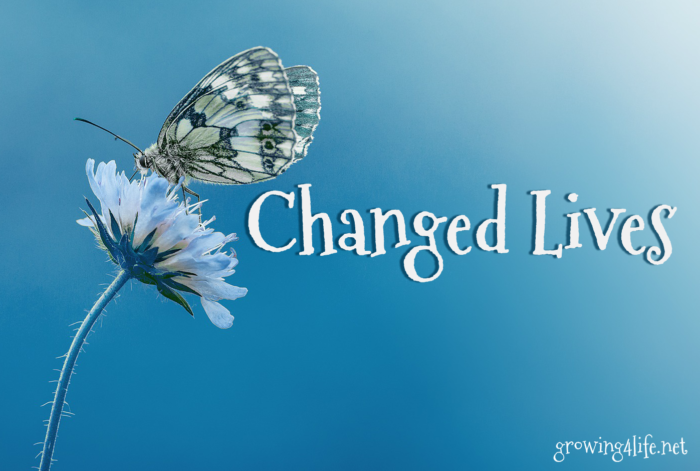 Once in awhile I “meet” a reader who really blesses me. Larry is one of those readers. He encourages me often with his kind words and has become a main prayer supporter in my ministry here at Growing4Life. A year or so ago, he shared his amazing testimony with me. I told him that some day I would love to share it with my readers. Well, that “some day” is today! He wrote it down and I am so pleased to share it with you.

Addictions are a tricky thing, are they not? And God deals with them in all different ways. Sometimes it will take months or years to overcome an addiction through the working of the Holy Spirit in the believer’s life. But, other times–more infrequently–God will remove the sinful desire instantly. Miraculously even. This is what happened to Larry. Read and be encouraged! Pray that this will happen for you or the one you love and don’t give up hope. No matter how God chooses to work in the life of the addicted believer, know that His ways are perfect and His plans are for His glory and for the best in the life of the one who is struggling.

I grew up in a place down south called Jug Fork. I was so excited when we got a TV and a rotary phone. The best I can remember is that we were on an 8-party line (for those of you who are too young to remember, this means that eight homes shared the same phone line!) The luxurious school I attended had outdoor toilets and one drinking fountain right in the middle of the school yard.

Just to give a bit of background about my childhood–I don’t remember using any curse words. In fact, I didn’t even know any. I never remember my mother and dad using curse words and so they were completely unfamiliar to me.

When I was 12 years old, a family member offered to take me on vacation with him and his wife, I had never been on a vacation. After stopping at a store in the mountains, some beer was purchased. I had never tasted beer and I really did not like the smell of it at all. It had a “you need to roll down the window” kind of a smell. After a bit of harassment, I tasted it. I recognized the taste– like water out of a rotten stump in the woods! I said, “You’ve got to be kidding me, you paid for this?!” I was told to drink some more of it and it will start tasting better. Very reluctantly, I did, and it did start to taste better.

Long story short, I became a full-blooded alcoholic. My addiction became an obsession–to the point that the person who introduced me to this horrible drug said, “I can’t believe how you are acting.”

I did and said unspeakable things under the influence of this number one drug in America. I hear people say that social drinking is okay. But may I share this with you: Social drinking is the number one cause of alcoholism in the world. Before you get involved in anything, ask yourself this question: Has this activity ever harmed or enslaved anyone before? If it has, stay away from it.

I was told that I would always be a recovering alcoholic. That I will always be one drink away from alcoholism as long as I live. (By the way, that is a lie from the pit of Hell.)

One day I went to a church. I had already tried everything else and so I decided to try church. I sat in the parking lot, drinking a few beers before I went in (yeah, I did that). When I worked up the courage to go in, I found that the old preacher just kept preaching one thing (or at least that is all I heard): John 6:37.

It was Jesus speaking, “All that the Father gives me will come to me, and him that cometh to me; I will in no wise cast out.” The preacher just kept saying that this means any him. These words were for anyone! It does not matter where you come from or what you have done! ANY HIM (or her)!

That day, the social drinker that became a habitual drunk took Him up on His Word. My long eloquent salvation prayer was, “Help me, Jesus.”

It has been said that a journey of a thousand miles begins with one step. This is true. At that time, it was hot July in Mississippi and all my friends were drinking friends. They encouraged me by saying things like—

You will never make it.

You want to be with us; we know you want to drink.

And I did! But I knew it was wrong. Oh, I prayed and prayed. The struggle was almost unbearable after the Lord saved me. I would still sit in the church parking lot and drink before church.

But the Holy Spirit kept working on me. Until I just could not stand it anymore! I prayed, “Lord, if this horrible thing that has got me is so bad, please help me! Please make even the smell of it make me throw up!”

Be careful what you ask for!

The next day I got in a car with one of my friends and the car smelled strongly of alcohol. Have you ever been in a car or any other place like that in which people drink? No sooner did I smell it, when extreme nausea hit me and I had an impulse to vomit. I had to get out of that car. I didn’t know what they thought, nor did I care.

Later on, I found that when I went into a restaurant where alcohol was being served, I would have to leave. As the Lord is my witness–and this has been many, many years ago now–I have had no desire to even be around that stuff.

Maybe this all means nothing to you, but I know that most people are struggling with something. We all have battles, whether it be alcoholism or something else. I did not need a 12 step program. I needed Jesus.

I am not saying there is anything wrong with a program but the Lord can remove even the desire for what you know is hurting you–no matter what it is. Whether it is over-eating or wrong sexual attraction or anything else.

The key to overcoming anxiety is found only in the God of the Bible. Our God is a radical God, going to the root or origin of the problem. He will use extreme measures to correct a problem. Would you be brave enough to ask Him to make a radical difference in you? To ask Him to change your current situation–whatever it is?!

I am not saying He promises roses without thorns in life, but He does promise His abiding presence in all situations. I still learn new things about Him every day and I have learned to pray as Jesus did, “O My Father, if this cup cannot pass away from Me unless I drink it, Your will be done.”

Remember the Goliath you are looking up at is the one that God is looking down on right now.

I leave you with these life-changing words that Jesus said:

Him that cometh to me I will in no wise cast out. 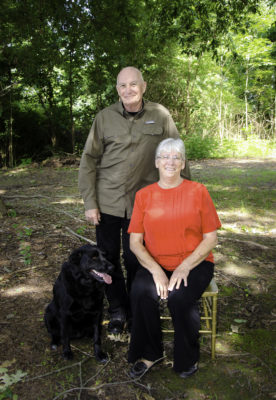