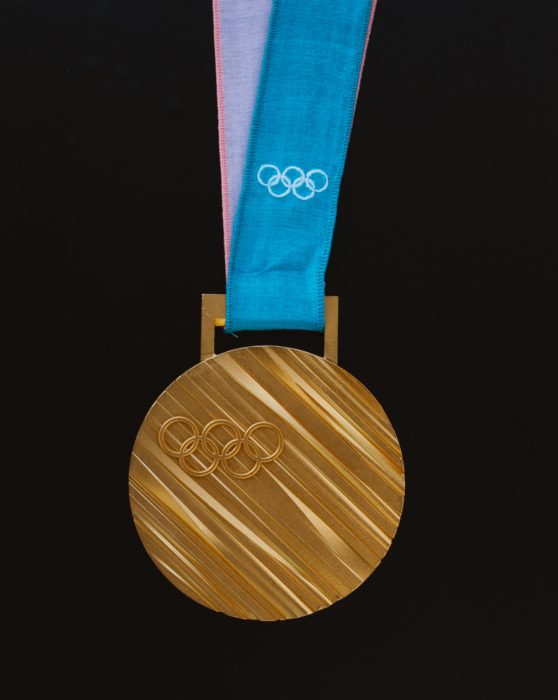 There is much to be frustrated by in this year’s Olympics. They just aren’t the same as they used to be. Many of us remember elegant figure skaters that glided across the ice with such beauty and grace, completing routines to beautiful music and moderated by men that look normal. We recall interviews with athletes that didn’t bring up accusations of sexual harassment but focused on the situation at hand–a gold medal well-won. We remember innocently dreaming of the Olympic Village as a special kind of place to spend a few weeks but now we know it’s…well, it’s just not.

So I just don’t find myself nearly as interested this year as in past years. But there is one race that I watched that is worth writing about. On Sunday afternoon, my husband came downstairs and asked me to turn on the TV. He had been watching the Olympic Skiathlon upstairs and came down to watch the end with me. I am so glad he did. What we saw was pretty amazing. We watched Simen Hegstad Krueger, a young Norwegian, pull ahead of his competitors as he raced to the finish line. But as we did so, NBC took a moment and showed us the beginning of Krueger’s race. What I saw was unbelievable. Close to the beginning, he had fallen in the middle of the pack. He was literally down on the ground and had to wrestle himself back up among other fallen skiers and then ski over to the side to receive a new pole.

Precious seconds had been wasted. He figured his chances of winning were gone. But he didn’t give up.

As the race continued, Krueger skied through the group of skiers, slowly but surely gaining on the front runner. After a while, he had overtaken the leader and pulled ahead and away! And, soon after, he had won the gold by several seconds! It was an unbelievable finish after a very discouraging beginning. But Krueger had not let his fall mess with his mind or keep him from running his best race. He got back up and continued skiing with a mind to win. He did not allow himself to be defeated.

Now, this is a great example of the “you can do anything” message the world so loves, isn’t it? But I’d rather turn our attention to something Paul says in I Corinthians 9:24–

Do you not know that those who run in a race all run, but one receives the prize? Run in such a way that you may obtain it.

Many years ago, I knew a man who got “burnt” at church and so he just stopped going. For the rest of his life he would not go to church. He’s not alone. Many Christians, hurt deeply or devastated by circumstances beyond their control, just stop running their spiritual race. They pull to the side. Or they slow down to a crawl. In other words, they just give up.

And, honestly, I’ve been tempted to do that myself sometimes. And, if I am truthful, I have done that for a few weeks or months at a time. Sometimes we are hit with something very hurtful or painful and we need to take a breather. Even the most diligent runner needs a water break.

But we must get ourselves back up and keep running. We must run in such a way to obtain the prize. Life is hard. Our skis will come out from under us sometimes. We will break a pole or run into another racer. But we must keep going.

And everyone who competes for the prize is temperate in all things. Now they do it to obtain a perishable crown, but we for an imperishable crown. 26 Therefore I run thus: not with uncertainty. Thus I fight: not as one who beats the air. 27 But I discipline my body and bring it into subjection, lest, when I have preached to others, I myself should become disqualified.

We must remember that we aren’t running to win some temporary gold medal. We are racing for an imperishable crown. We can run with certainty. And we must run with discipline.

There is no room for giving up. No room for distraction. No time for taking long breaks. Thank you, Mr. Krueger, for this reminder. No matter what life throws at us, we must get up and keep going.

4 thoughts on “A Race Well Skied”