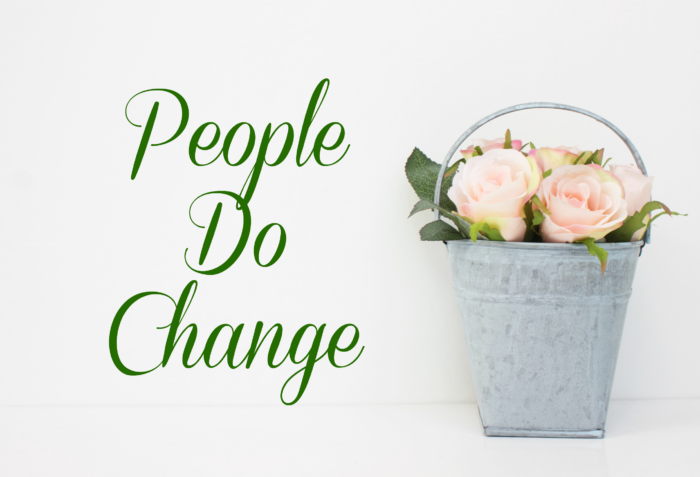 The other day, someone said something to me that indicated that they thought they were far too sinful to be saved. They couldn’t imagine how God would ever save them. They said it in passing, in a public place, where we couldn’t talk. I told them the beauty of salvation is that none of us deserves to be saved but I have been wondering what I would have–should have–said, had we had more time? I got some help with this question yesterday as I was listening to my father-in-law tell us about Paul during our campfire “church” service (which is what we do for worship time when we go camping).

He shared about some of Paul’s background and just where he had come from. This was perfect because, as any of my readers who are participating in the 2017 Growing 4Life Bible Reading Challenge already know, we are reading Paul’s epistles this year. It was interesting to find out more about the author God chose to write these books of the Bible.

As he spoke about Paul’s education and family, he told us how he was part of the group of Jewish leaders who persecuted the church. I was familiar with most of the information but it was great to have a refresher course on this man that God used to write a good portion of the New Testament. Paul was even present at Stephen’s death, the first recorded martyr for the Christian faith. Here is what we read about Paul (at that time he was called Saul) in Acts 8:1–

Now Saul was consenting to his {Stephen’s} death. At that time a great persecution arose against the church which was at Jerusalem; and they were all scattered throughout the regions of Judea and Samaria, except the apostles.

And then this in verse 3 of the same chapter–

As for Saul, he made havoc of the church, entering every house, and dragging off men and women, committing them to prison.

From these verses we see that not only did he consent to Stephen’s death but that he was part of the great persecution that rose up against the church. He personally entered homes and would drag men and women off to prison! He did everything he possibly could to stop the church of Jesus Christ from spreading.

As we discussed this, we wondered why God took someone so evil and called on him, of all men, to write the epistles? Why did God decide on Paul?

We can’t really know the answer to this, but one of the things I did think about was how encouraging and wonderful it is that God did use Paul. The fact that He did shows us, once again, that God can change the heart of a wicked, sinful man and use him to fulfill His purposes! No one is beyond His grace.

This should comfort us. Not only for ourselves, but it should also bring hope to our hearts for the ones we love who are caught up in unimaginable sins, imprisoned by Satan’s lies, with no conviction and no change on the horizon.

No one is beyond God’s grace.

God can change any man or woman–even one who has attacked His church. He can use any person for His purposes and His glory. Let us not grow weary in our prayers for those we love who are walking on the broad road of the world, far away from God.

When we read in the next chapter that Saul is converted, we find Ananias very concerned when the Lord tells him to seek out Saul and help him–

Then Ananias answered, “Lord, I have heard from many about this man, how much harm he has done to Your saints in Jerusalem. 14 And here he has authority from the chief priests to bind all who call on Your name.”  (Acts 9:13)

Saul’s reputation was well-known. We can imagine that the dramatic change in Saul would have been the topic of conversation in town squares during the following days and months. Was Saul really changed? Or was this just temporary? One group was wondering if he could be truly be trusted and another group was probably mourning the loss of one of their most zealous members, hoping he’d return. Of course, we know now that Paul was saved by God and changed forever.

Sometimes, we can grow skeptical about people truly changing. We have watched people say a prayer for salvation and then sprout up and seemingly and quickly grow, only to wilt and fall away when the tough times came along. Just like the seed we read about in the Parable of the Sower, the seed can’t take the scorching sun (Matthew 13:1-9). These things can make us start doubting that people ever change. In fact, sometimes you will hear this line: “People never change.”

But Paul is a dramatic real-life example to us that this is not true! People do change and Paul is one of our greatest proofs! Of course, the longer we live as a believer, the more examples we see of the Holy Spirit working change in the lives of those around us. I have seen Him change lost sinners into saved saints and even in my own life and the lives of other Christians, I see Him molding and shaping us to grow more like Christ. I am not the same person I was twenty years ago. Or five years ago. Or last year. I hope you can say the same thing.

So let us persevere in prayer for our lost loved ones and even for victory in our own personal struggles, knowing that God’s grace covers even the worst of sins and confident that true and lasting change is possible!

5 thoughts on “People Do Change”