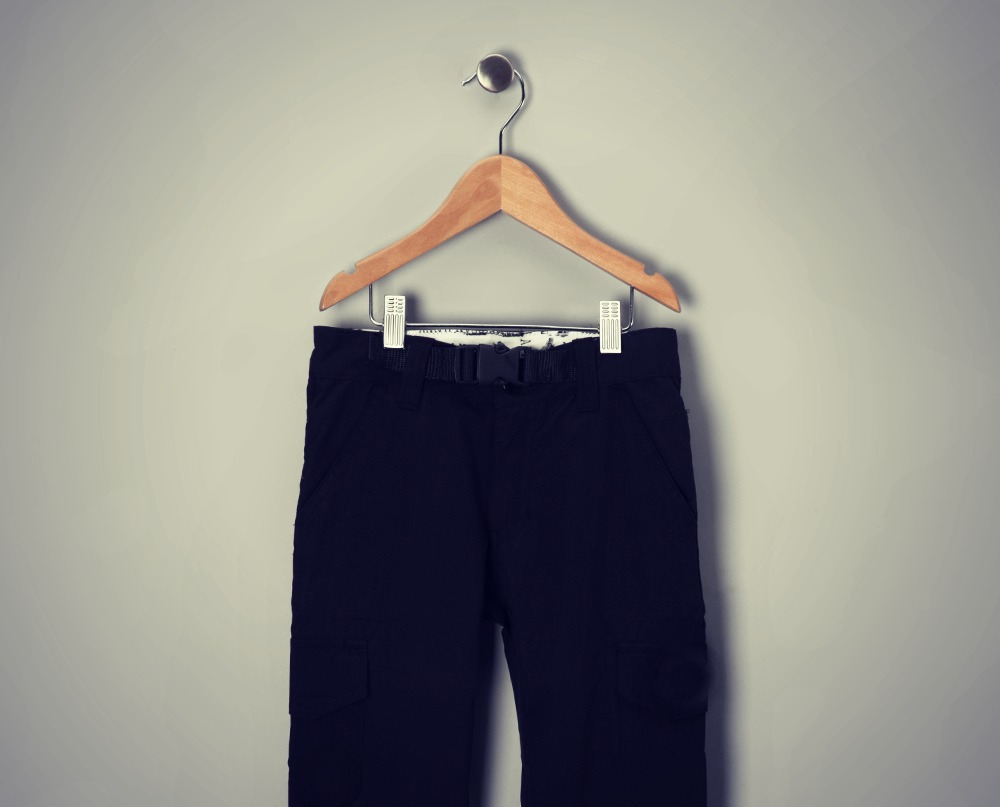 I feel a little silly even writing this post. I know that some of you won’t get it at all. But there may be just a few of you who do. So I am going to share this story.

I made the mistake of wearing my favorite pants the first day of my mission trip. I knew the first half of the day would be spent traversing the hills and rocky pathways of two different ghettos. I wanted to be comfortable. And while I knew we would be doing some painting in the afternoon, I also knew there was also some outdoor work that needed done. I hoped to be assigned to that.

But as we sat at lunch and were assigned our afternoon duties, it became clear that there wasn’t enough work outside for more than one person to be assigned the outdoor duty — and it was going to be a man, not a woman. My heart sank, as I looked at my precious pants.

You may wonder why I was so attached to these pants. Well, for starters, they cost more than I usually spend on any piece of clothing. They were made of microfiber and were super comfortable, while still looking really nice. I was just not quite ready to cover them with paint splatters, rendering them useless for future wear.

I silently berated myself for putting them on in the first place.

As we started on our project– a small dingy kitchen with semi-green walls and lots of spider webs and dirt, I concentrated on clean-up. Maybe I wouldn’t have to paint at all! I felt a little surge of hope.

That hope died, however, as it became clear I would need to help paint. I sighed with resignation and went and got a bowl of white paint and a brush to get started on a door.

As I started moving the brush up and down, I had a little dialogue going with God.

“I really didn’t want to mess up these pants, God.”

“They are just pants.”

“I know, but they are my favorite pants!”

“They are just pants. You can get more.”

“Look at these people and how they live? Some don’t even have enough to eat! How can you be worried about a pair of pants, when you have so many other pairs at home?”

The conversation went on like this for several minutes. Not that He was actually talking to me, it was just the back and forth going on in my mind between my desires and the TRUTH of the situation.

Until, finally, I surrendered my favorite pants to Him.

And, so, when the first drop of paint spilled on my pants, I took it “like a man”. I may have given a tiny little sigh, but I had already resigned myself to the inevitability of it. I will admit that I did continue to paint very carefully, being cautious not to wipe my hands on my pants. This was a challenge for me, as I am usually a very messy painter.

When I got about three spots on my pants, I decided that it couldn’t hurt to see if I could wipe them off, so the spots would at least be less noticeable. Perhaps I could at least save them enough for wear around home.

Imagine my surprise, when not only did the spots become less noticeable, but disappeared completely! Apparently, the fabric did not soak up the paint, but instead kept it only on the top layer. Whatever the reason, my pants, with the aid of a few wet wipes, were spotless after an afternoon of painting. I was speechless.

I would get to keep my favorite pants, after all! After that initial conversation with God, I had come to a place where I had sacrificed them with a heart of joy and surrender, and God had seen fit to give them back to me.

I don’t know why, but I am thankful to Him for this little way He showed He cares. I know I don’t deserve it.

2 thoughts on “The Magic Pants”