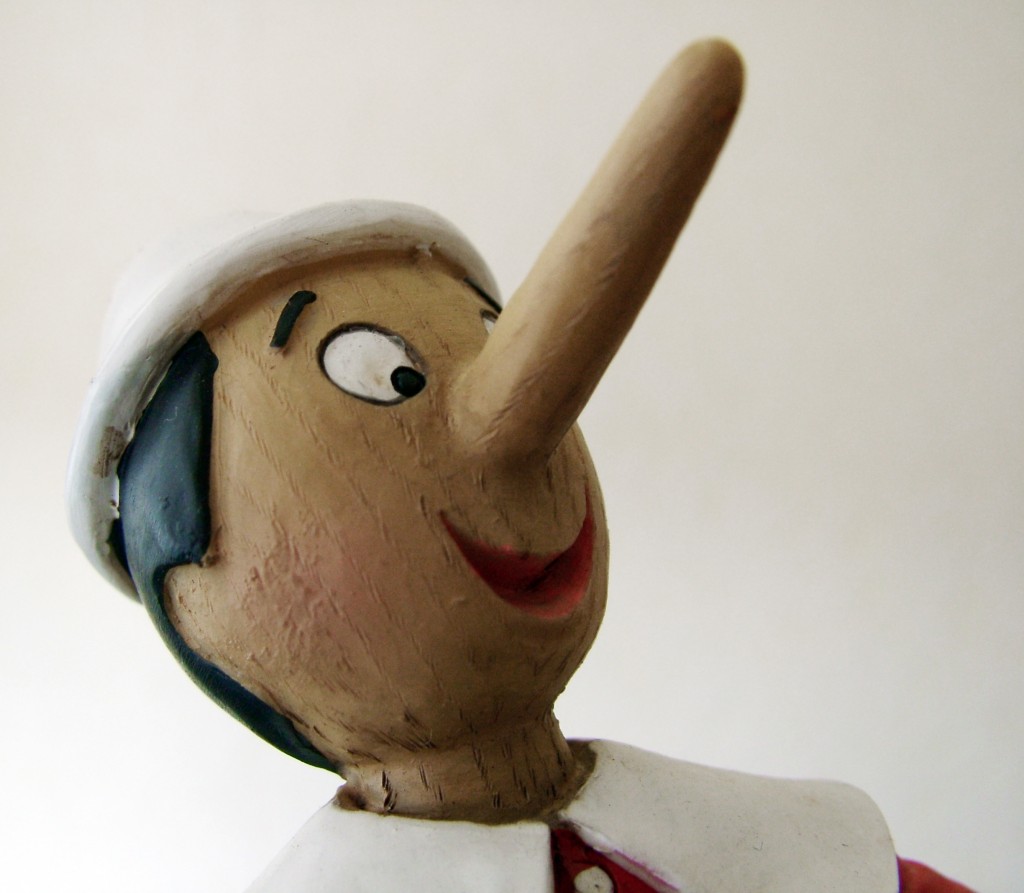 Truth. We are told by the world it’s elusive…it’s up to us…we can choose what we want our truth to be. Even we Christians have been waffling over this word the last few years, moving from rock solid to a bowl full of jello-like beliefes–changing God’s Truths about heaven and hell, our sinful state, and what He calls a Christian to be.

And, honestly, it’s no wonder we all have such a hard time discerning truth. Most of us don’t even speak it.

“I’ll be over in five minutes.”  When we know full well it will be a half hour.

“I am not feeling well.” I am feeling fine, I just don’t want to come.

“I didn’t get any change from that purchase.” A few bucks isn’t even worth mentioning.

You get the idea. Most of us do this. We fudge a little to smooth things over and keep ourselves out of hot water or from ruffling feathers.

Almost every single lie is told for our own selfish reasons.  Let’s go back to the examples–

–I didn’t want to get yelled at, so I just said I’ll be there sooner than I really will be.

–I didn’t want to deal with hurting someone’s feelings, so I just used the word “can’t” instead of “won’t”.

–I don’t want to go to work or school, so I come up with some non-existent headache.

–I wanted to keep the extra money, so I just exaggerated a bit.

–I don’t want to listen to the money collector go on and on, so I just make something up.

–I don’t want her to talk to him, so it’s just easier to say she’s not here.

You see the word at the beginning of all of those sentences? “I”.  That’s because all lies are told for the benefit of the teller.

Look at some of the biggest philosophical lies today–

If man is basically good, then I don’t have a sin problem.

If man can become like God, then I don’t need a Savior.

If there is no hell, then I am not accountable.

If I am free to do anything I want to in Christ, then I can do whatever I want to do.

You see, all lies are told because we want something to be the way we want it to be.

I submit to you that until we hold the highest standard for speaking truth in our own lives, we will have a hard time discerning truth anywhere else. When we rationalize the little lies we tell, then we can easily rationalize the lies we are hearing about God and His Word.

Only when we stop rationalizing…stop making excuses…face the facts and turn from our own selfish desires…then, and only then, will we be able to see Truth.