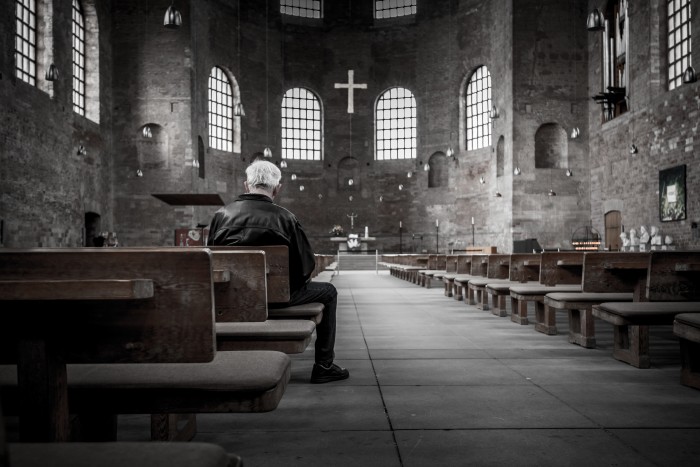 We hear the testimonies of wretched sinners who have received salvation through the grace of Jesus Christ. And we praise God and then we sit back to watch and see if they were serious. If we aren’t careful, we can grow a little skeptical. This may be because, in our culture, Jesus is often used a little like a rope thrown to a person hanging over the cliff—useful for a moment or two and then cast aside when the person reaches safety.

But when someone becomes genuinely saved, change is non-negotiable. It just happens. We see this very thing in the life of Manasseh.

I feel like, as the summer has moved along, I have lost quite a few Bible Challenge readers. If you are still reading, I would love to hear about it (just to remind me that there are still people plugging through these Old Testament prophets along with me!)

But, this is a great reminder for everyone– whether you have given up on the reading or not. The lessons that I learned from chapter 33 of 2 Chronicles can be summarized into two main points that I found quite helpful in the current culture we find ourselves in–

Every day we hear horrible stories of great and heinous sin. We can’t imagine how man could do such evil things. And yet, even the worst of sinners is free to accept God’s great gift of salvation.

Manasseh did horrible things. In fact, he even gave his son as a human sacrifice! It is hard to imagine something worse than this. Think through how awful that is for just a moment. This is the description of Manasseh’s sinful acts–

But he did evil in the sight of the Lord, according to the abominations of the nations whom the Lord had cast out before the children of Israel. 3 For he rebuilt the high places which Hezekiah his father had broken down; he raised up altars for the Baals, and made wooden images; and he worshiped all the host of heaven[a] and served them. 4 He also built altars in the house of the Lord, of which the Lord had said, “In Jerusalem shall My name be forever.” 5 And he built altars for all the host of heaven in the two courts of the house of the Lord. 6 Also he caused his sons to pass through the fire in the Valley of the Son of Hinnom; he practiced soothsaying, used witchcraft and sorcery, and consulted mediums and spiritists. He did much evil in the sight of the Lord, to provoke Him to anger.

Manasseh’s sins were grave and numerous. And the Lord speaks to him and the people about this (vs 10) but they choose not to listen. An undetermined amount of time later, Manasseh is carried away to Babylon in bronze fetters (vs. 11). There, in great affliction, he humbly repents.

And how does the Lord respond? Does He tell him I told you so? Does He let him there to wallow in the consequences of his sinful choices?

Instead, our merciful God extends grace. Here’s what we read–

Now when he was in affliction, he implored the Lord his God, and humbled himself greatly before the God of his fathers, 13 and prayed to Him; and He received his entreaty, heard his supplication, and brought him back to Jerusalem into his kingdom. Then Manasseh knew that the Lord was God.

After such great evil, God would have been justified (at least according to our human sense of fairness) to just leave Manasseh to die in Babylon, a broken and contrite man. Instead, He reached out and restored him.

What great and marvelous grace and mercy! And it is still there for us today! God is the same–yesterday, today, and tomorrow. No sinner is beyond His grace, including you! If you don’t know Him, I encourage you to reach out and be restored.

Manasseh does not go back to live the same life he always lived. He grabs the rope of rescue God extends and then makes changes that give the evidence that his repentance was quite genuine. We read–

True repentance always brings about change. It isn’t legalism. It just is. It is never our place to judge anyone’s salvation, but if someone claims Christ and then has gone back to their old, sinful life and stays there without a battle, without any efforts to extricate themselves, it is evidence that they may have just grabbed the convenient life rope thrown their way but weren’t serious in their repentance.

Many of the stories in the Old Testament are wild and beyond anything that is familiar to us. We can’t imagine sacrificing our children or worshiping formed idols. And yet, people are people, and within us is the same capability for horrible sin. Oh, we may not worship a golden calf, but if we aren’t worshiping the one, true God, we are worshiping something. But the good news is that, no matter where we find ourselves today, none of us is beyond God’s grace. And if we reach out and receive that grace with genuine repentance, then our lives will be transformed in a marvelous and unbelievable way. It is never too late to grab on to the rope of rescue!

4 thoughts on “It’s Never Too Late”