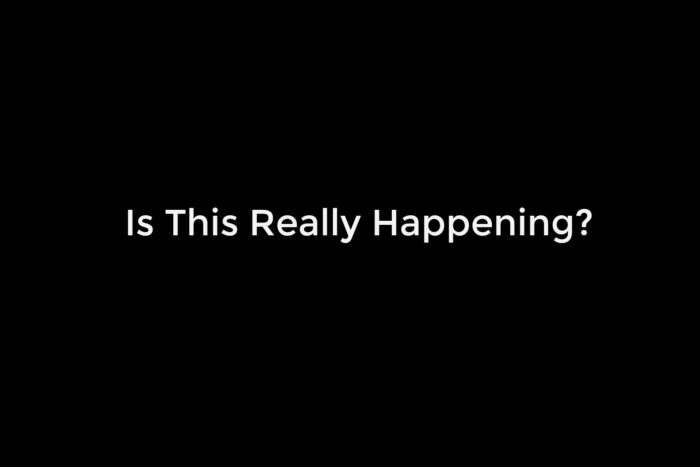 I have to admit that I am absolutely astonished at the most recent turn of events in the evangelical world. But, if we are honest, we could see this coming for some time now.

If you are completely out of the loop of what’s going on, let me fill you in briefly.

In the last ten or so years, there has been a tremendous push by some key evangelical leaders, particularly Tim Keller, Russell Moore, along with others, to add social justice issues to the Gospel of Jesus Christ. In plain language, they are putting the need to be socially just (keep in mind this is a communist term and never anywhere in scripture) as a necessary addition to the Gospel in order to be right with God.  They have both implied as well as clearly stated that true Christians should and will be socially just in order to be saved. This is exploding with the race issue. The sexual orientation issue isn’t far behind with the help of Sam Allberry.

This is just wrong on so many levels. Of course, there is a call as believers for us to care deeply for others and to hold no bias. These things are clearly the outcome of a saved and transformed life. But they take it too far. They are promoting anti-biblical, marxist ideas under the guise of the Gospel. They are adding things to the Gospel that are simply not in scripture. To find out more about it, please read this awesome post by John MacArthur: No Division in the Body. He expresses very clearly what is going on and it’s frightening and, frankly, incredibly strange.

Most of the men involved are part of the Gospel Coalition. They are pastors and authors who, in the past, have been trustworthy and biblical. The other organization that is functioning as a driving force behind this movement is The Ethics and Religious Liberty Commission of the Southern Baptist Convention. So why would they do this? Why would they add to the Gospel?

In an effort to speak out against this atrocity, some men have gathered to create “The Statement on Social Justice and the Gospel”. Here are the first two paragraphs of the introduction–

In view of questionable sociological, psychological, and political theories presently permeating our culture and making inroads into Christ’s church, we wish to clarify certain key Christian doctrines and ethical principles prescribed in God’s Word. Clarity on these issues will fortify believers and churches to withstand an onslaught of dangerous and false teachings that threaten the gospel, misrepresent Scripture, and lead people away from the grace of God in Jesus Christ.

Specifically, we are deeply concerned that values borrowed from secular culture are currently undermining Scripture in the areas of race and ethnicity, manhood and womanhood, and human sexuality. The Bible’s teaching on each of these subjects is being challenged under the broad and somewhat nebulous rubric of concern for “social justice.” If the doctrines of God’s Word are not uncompromisingly reasserted and defended at these points, there is every reason to anticipate that these dangerous ideas and corrupted moral values will spread their influence into other realms of biblical doctrines and principles.

I encourage you to read this entire document. This is what is going on in the evangelical circles and it is a BIG deal. The document was created for pastors, leaders, authors, and anyone else to sign as an affirmation of their position on biblical truth regarding this issue.

There are a {very} few familiar names who have openly given their support to this document. John MacArthur, Voddie Baucham, Phil Johnson, James White, and Justin Peters have all affirmed and signed it.

But I am gravely concerned about something Pulpit and Pen brought to light recently regarding this document:

It is heart-breakingly revealing to observe those who will not or have not signed.

Why is this? Why wouldn’t they?

Could it be that these men we have trusted to lead us in the right direction are actually going in the wrong direction? Is that a possibility?

It does make one wonder but, of course, we obviously can’t know why these men haven’t signed this document. Wrong direction or peer pressure or even ignorance?

However–no matter the reason–we should be extremely concerned if they haven’t. I have read the document and it asserts what every Bible-believing Christian from the last two thousand years should assert.

I am writing this today to make you aware of what’s going on and to also encourage you to write to your favorite authors and pastors and ask them to sign this. If they actually get back to you and let you know that they refuse, ask them why. (And, yes, I have signed it, just in case anyone is wondering.)

Christianity is being divided into two very different and opposing camps. One is marxist, socialistic, communist, melt-right-into-the New World Order and the other is the tiny, shrinking remnant that is left of true biblical Christianity.

Put on your life jackets and buckle your seat belts. I have a feeling this sea is going to get rougher.

8 thoughts on “Is This Really Happening?”