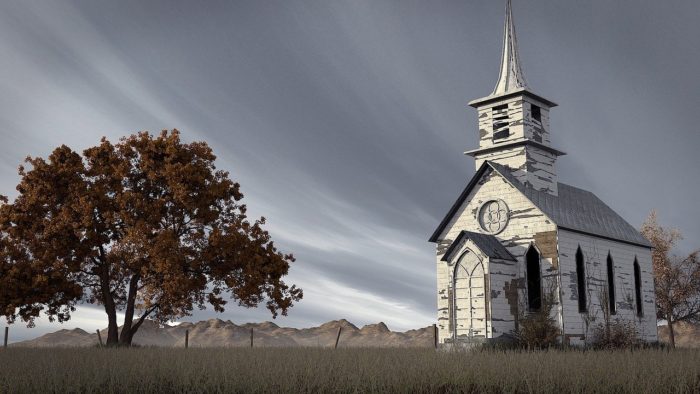 Ah, what a ride we have been on. It didn’t start in 2020, you know. It started way back when most of us were completely unaware. While we were busy and distracted and being entertained, things were being orchestrated behind the scenes to bring us to where we are today.

While that was all going on, things were also happening in the church, where priorities were shifted and changed. The church lost its spiritual impact and became a watered down, social institution. How did this happen?

I think there are many changes and deceptions that have led the church to where she finds herself today. Shall we take a brief look at them?

Superficial Youth Groups  — Sometime shortly before my own youth, the young people were separated out from the adults and fed a diet of entertainment and fun. While there was some shallow teaching of the Bible, the main gist of youth groups became fun. The young minds that used to be built up in the faith by the older generations were now left to be filled with the fodder of this world. Many grew up to walk away from church, as what they received there was fairly useless.

The Numbers Game — A big thank you to Rick Warren for turning church into a popularity contest. Somehow the church bought his lie and, over the course of just a few years, the health of a church started being based on the amount of people that attended it. In order to gain those all-important numbers, pastors started to move away from biblical sermons and, in their place, offered short, self-help talks that made people feel good. No more talk about sin and repentance, for that was offensive. It became all about the numbers.

The Change in Music — The worship service became centered on worldly music, which usurped the place of the sermon as the center. Serious, doctrinally-sound music was pushed out of the way and in its place came shallow, mystical tunes. This has taken a huge toll on the churches, both in dividing the masses and in causing many to base their worship of God on their feelings and experiences, rather than on daily obedience and holiness.

Dominion/Kingdom Now Theology — Many who claim to be Christians are currently working feverishly to build God’s Kingdom now, right here on this earth. Despite the biblical evidence to the contrary (that we are not to be building God’s Kingdom on earth), many have bought this lie and this will fold them right into that one world religion that we know is coming, according to Revelation. Anyone who believes that humans will build God’s Kingdom is quite susceptible to the cries for peace and a better world.

Social Gospel — The social gospel has moved the hearts of Christians from pleasing God to pleasing man. It has moved the heart of Christianity from the true Gospel (Salvation through faith in Christ alone) to helping our fellow man. Our spiritual health is determined by how much we help our fellow man and how nice we are to everyone. Everything else the Bible teaches is pretty much ignored.

Judge Not — The church bought the lie that we are never to judge our fellow man. This left man to do as he pleases without any accountability. It effectively crippled the churches so that they could not confront or deal with blatant sin in their church fellowships. But the Bible teaches in multiple places that we are to confront sin and judge the fruit of someone who claims to know Christ.

Christianity Became About Me— Once again, I believe we have Rick Warren to thank for this. His Purpose-Driven Life became the textbook for many a Sunday School Class in the 90s. Piggy-backing off the self-esteem movement, it moved the focus of the Christian life off of God and onto the individual. Obedience, separation from the world, holiness, and purity were discarded and in their place came following dreams and finding purpose. This was going on long before that book was published, but I do believe this was what finally landed the church solidly in self-based religion.

God Only Cares About My Heart — Christians starting using this to justify their worldly choices. And the world came like a flood into the church. Of course, anyone saying this does not know their Bible very well, since God makes it abundantly clear that a pure heart will yield a fruitful life.

We Have to Be Like the World to Win the World — Oh, what an insidious lie! Why would anyone want what we have if we look just like them? Again, Christians wanted to fulfill their own worldly lusts and this was a way they could have their cake and eat it, too. But this was not without ramifications and their minds became darkened and sensual. And more of the world poured into the church.

Positive Words are Godly, Negative Words are Sinful — This is NOT in the Bible, but thanks to the likes of Schuller and Peale and many others, being “positive” has become the defining trait of someone who is a “Christian”. And if someone dares to speak negative words about a false teacher or the state of affairs, well, then they are sinning. Many believe this. Maybe even you believe this. But is this what we read in scripture? It surely is not. I encourage you to do your own study and find out what the Bible says about this.

Love and Unity Are Always More Important Than Truth — And, finally, somewhere along the line, love and unity started taking priority over truth. As truth became unappreciated and unnecessary, lies crept in and took root in the hearts of so many. Without discernment and a love for the truth, Christians were left susceptible to all the lies mentioned above and so, so many more. Love is important. But it is not more important than the truth. And, yet, whether we are talking in intellectual terms or practical application, most Christians have come to believe that love and unity are more important than truth.

As I think on what the Bible says about the last days, all that is going on fits in quite well. What we are actually seeing is the false church parting ways with the remnant. So what can we do?

I think of Jude when asked this question. It is here we receive counsel and wisdom about what we should do and how we should respond–

Jude 17-23– But you must remember, beloved, the predictions of the apostles of our Lord Jesus Christ. 18 They[f] said to you, “In the last time there will be scoffers, following their own ungodly passions.” 19 It is these who cause divisions, worldly people, devoid of the Spirit. 20 But you, beloved, building yourselves up in your most holy faith and praying in the Holy Spirit, 21 keep yourselves in the love of God, waiting for the mercy of our Lord Jesus Christ that leads to eternal life. 22 And have mercy on those who doubt; 23 save others by snatching them out of the fire; to others show mercy with fear, hating even the garment[g] stained by the flesh.

As division and strife in the churches are caused by worldly people who are devoid of the Holy Spirit, Jude encourages us to build ourselves up in the faith and to pray in the Holy Spirit. In other words, keep growing and keep praying! He then goes on to say that we are to keep ourselves in the love of God, which is our shelter in any storm, and then quietly wait for His mercy.

As for the deceived and lost around us, we are to have mercy, and, as God gives opportunities, help to save them.

This and only this is our calling. We are not called to fix the state of the church (or the world, for that matter.) We are not told to berate and argue with the scoffers.

It is my opinion that, due to the many lies and deceptions that now define today’s worldly church, she is beyond repair. It has not been an instant change but one that has been deviously carried out by Satan over the course of many years. These lies and deceptions have reached their tentacles into every denomination and almost every Christian home. What we are seeing now is simply the fruit of all the labor that has been put into preparing the “church” to be folded into the coming one world religion. Isn’t it becoming so clear now?

So be aware and continue to build yourselves up in the faith through prayer and through the Bible, our only anchor in all of this craziness, until the end. And, someday, maybe soon now, we will all meet together in glory to praise and glorify our great God!

Please NOTE: I have purposely not included verses or references today. If you have read this blog with any frequency, you will know that this is quite unusual as I almost always try to back up what I am saying with scripture references. But today I am asking you to search the scriptures for yourself. If something I said in this post doesn’t seem biblical to you, please look into the Word to find out. Please feel free to email me (see contact info in menu above) if I can answer any questions that you have regarding what I said above. I love hearing from my readers! :)

4 thoughts on “How the Church Was Fooled”