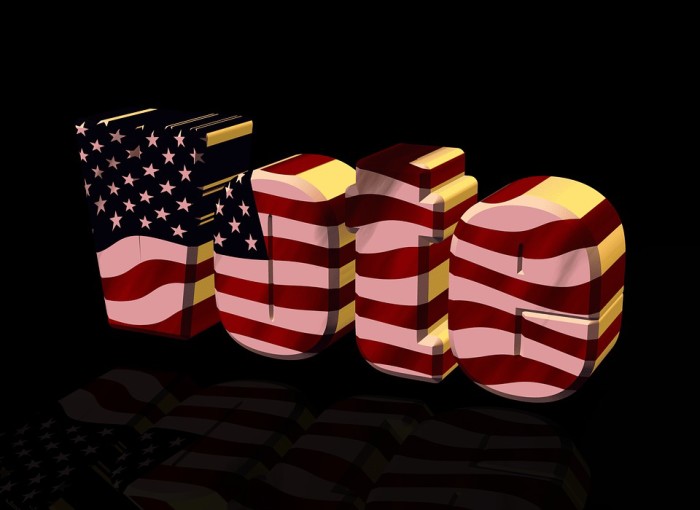 In 1976, Francis Scheaffer wrote How Shall We Then Live? It was a book that took a hard look at the decline of the western culture and how, as Christians, we should then live in the society. Back then already, he was keenly aware of the breakdown of moral absolutes and what that would mean in the coming years for western culture. It has been forty years since this book was written. How fitting that the election this year symbolizes all that Scheaffer warned would come to pass.

I think there have been few elections in history that have presented such a challenge to voters than the current one. Some of us have made our choice for the primary and are pretty sure about November, weighing all the possible options. Some of us are still waiting and waffling, unsure of what is best. Others of us have just outright declared that we aren’t going to vote at all.

One thing I have noticed in this election, perhaps more than any other, is how many Americans are driven to vote for a candidate because of what that candidate will do for them. Character and integrity seem to matter very little in our desire to get more for ourselves– more economic security, more tax breaks, more free stuff. This seems to be what drives most voters as they make their choice.

In complete opposition to this, however, is what God’s Word says. Last Sunday our pastor gave us some great guidelines on how to choose the candidate who deserves our vote. In Deuteronomy 17, starting in verse 14, God gives Israel guidelines to use as they choose a king. From this passage, our pastor was able to pull out eight biblical (and practical) principles that should influence our voting. With his permission, I’d like to share them with you–

1. Seek God’s choice above your own. (v. 15)  We need to stop worrying about what we think is best for us alone, and think about what is best for the nation as a whole, according to God’s law and purposes.

2. Seek a candidate who is a believer in the Lord Jesus Christ. (v. 15) Many politicians claim to know Jesus in order to get the evangelical vote. In order to know if its genuine we need to examine their lives.

3. Avoid self-promoting, power-hungry leaders. (v. 16) While these kind of men make lots of empty promises, their ultimate goal is the promotion of self and an increase in power over the people.

4. Seek one who has proven faithful in marriage. (v. 17) Aside from being one of God’s laws, faithfulness in marriage is also a good indication that the candidate is loyal and devoted to someone outside of himself.

5. Avoid one who is greedy for personal wealth. (v. 17) Think about someone you know who only cares about money. They live for it, they breathe for it, they don’t care who they hurt or trample on to get it. Is this the kind of person we want to run a country?

6. Seek one who learns and loves God’s Word.  (v. 18) Again, hard to know if the declarations of this are true. Their lives are our only test. If they live according to it, it is much more likely that they know it.

7. Seek a leader with a servant’s heart. (v. 20) How key is this! Think about all of the bosses you have had in the past for a moment. Which one was the best? I would guess it was the boss who wasn’t afraid to do the hard work alongside of you. It was the guy or gal that wasn’t condescending. It was the person who cared about you and considered you and your co-workers when making company decisions.  This kind of person makes a great leader.

8. Seek one who respects and obeys the Lord. (v. 20) Even if they are not a genuine Christian, a candidate who honors God’s laws is the one for whom we should be casting our vote.

Obviously, few candidates are going to be a perfect match to these eight guidelines but isn’t this a helpful list? It’s a tool we can use to do the best we can in picking a candidate worthy of our vote. A big thank you to my pastor for his wisdom in pointing these out.

God bless you, my fellow Americans, as you do your part in these upcoming primaries and then again in November. For those of you outside America, I hope that these guidelines will prove helpful to you, as well, if and when you have the opportunity to vote in your own country.

No matter what happens in November, how thankful I am to know Who is really in control.

“Blessed be the name of God forever and ever,
For wisdom and might are His.
And He changes the times and the seasons;
He removes kings and raises up kings;
He gives wisdom to the wise
And knowledge to those who have understanding.”

8 thoughts on “How Shall We Then Vote?”