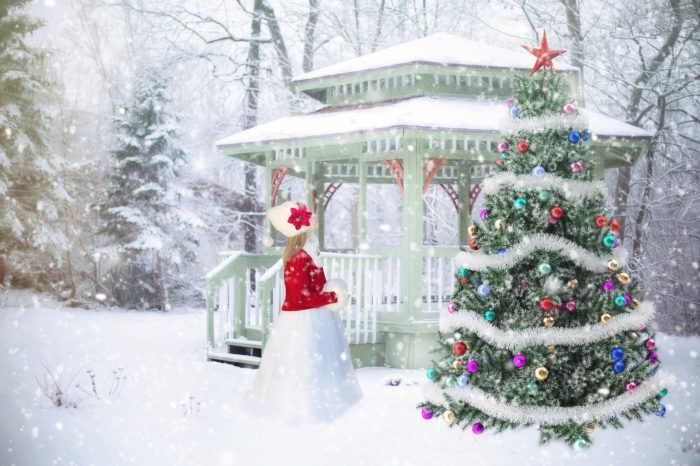 The other night I was watching a Hallmark Christmas movie. Yes, I know they are super predictable and, generally, have the same theme every single time. But don’t judge me. They are clean and, overall, fairly innocent. At least that is what most of us believe.

But is this true? Are they as innocent as we may think?

Does something become good for us to watch simply because it doesn’t have bad language, sexual content, or violence?

While I am not saying that we should never watch Hallmark movies, I do think there is some value in evaluating the messages of their movies and to contemplate how this production company is secularizing Christmas.

Do we hear something about Peace on Earth and Good Will to Men? Do we hear of the Christ child and the glorious hope for man to be reconciled with God? No, instead, we hear some ambiguous message about the “love we all feel in our hearts towards each other”.

It wasn’t until the other night that I realized just how secular our nation has become. Hollywood rarely even mentions the name of Christ during Christmas. City scenes never have a manger scene and Luke 2 is never read. God is seldom mentioned and if He is, it usually has to do with a very unbiblical portrayal of angels.

Instead, in many ways, this culture has gone back to the pagan roots of the holiday and Christmas has become a godless holiday centered on the glory of man and materialistic consumerism.

So what does this mean for us? I think it means two things–

First, we each need to decide just how much we are going to fill our minds with entertainment that promotes a very secular worldview during this holiday season. I am not saying it is a sin to watch the occasional Hallmark movie. But let’s be very aware of what each movie is saying (or not saying) about Christmas. Let’s not mindlessly consume the entertainment of the age, even if it is morally okay. We need to always give thought to the philosophies that are being taught in anything we watch and that includes Christmas movies.

Second, we have a special way we can now stand apart from the world over the holiday season. As we talk about Christmas with our neighbors, co-workers, and friends, let’s be sure to mention the Bible’s reason to celebrate the season. Let’s consider the Gospel and how we can share it with those we love as we give gifts. And let’s keep the focus of Christmas where it belongs for our children, our grandchildren, and for our extended families as much as we possibly can. Let’s not get caught up in the shallow, secularized version of Christmas that is now celebrated by most of the world.

Every now and again I realize just how very different America is compared to when I was a kid (and, honestly, it wasn’t all that great then). But it wasn’t until the other night as I was watching that movie that I realized just how far we have come from our Christian roots. Many would laud that as a wonderful thing–they have been working towards that for years. But they are short-sighted and blissfully unaware of where relativism and immorality lead any culture. It is a sad, sad thing to watch.

Thankfully, through it all, we have the opportunity to shine brightly for Christ. We have a wonderful message of hope to share. Let’s share it freely and often. And there is no better time to shine than during the Christmas season!

2 thoughts on “Hallmark’s Reason for the Season”