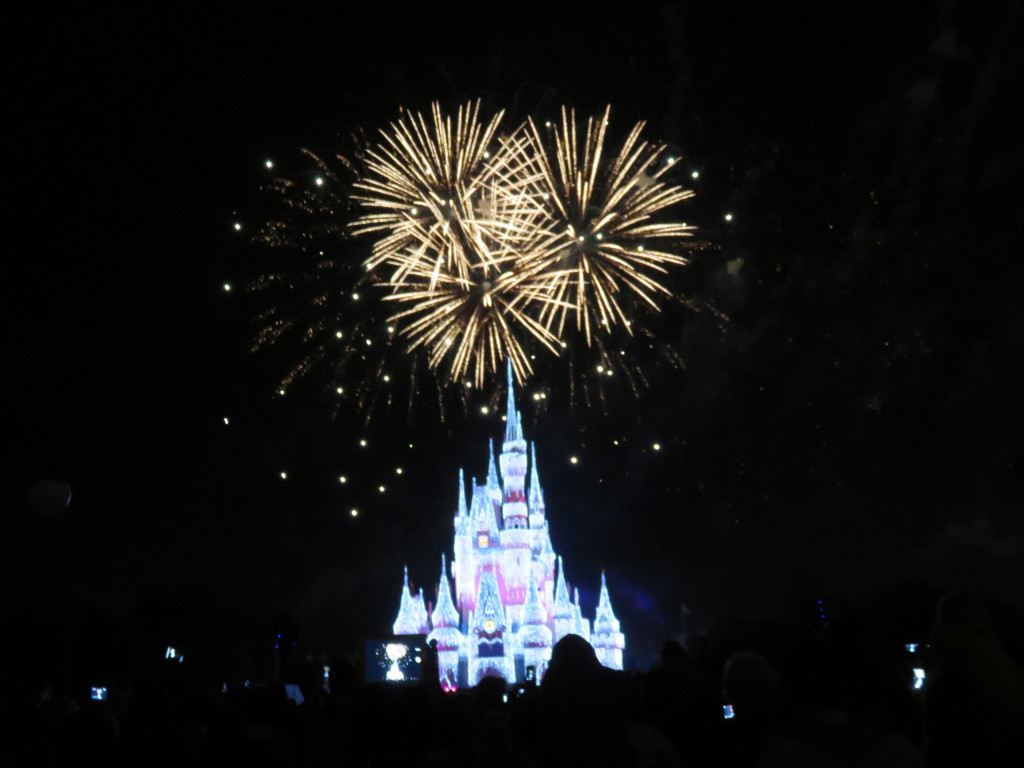 Our family had the wonderful privilege of visiting Walt Disney World last week. Our family, along with my parents, had gone nine years ago when the kids were just the perfect age and had had a blast. We decided to go one last time all of us together (plus one son-in-law). We did so, realizing that it was probably the last time we would all be there together ever again. I shared a post on my Growing4Life Facebook page last night that I wrote a couple of years ago. The post was a good reminder, coming off of a trip that was so full of reminders of the past. We all enjoyed remembering and reminiscing together. And, as is often the case when I travel, I came away with some fresh inspiration for the blog.

We decided to go to three of the four parks. As we entered the first park, they asked you to tap your ticket (which looked like a credit card with a Disney character on it) on a little machine with mouse ears on it and then to give your fingerprint on a specially designed pad right beside it. When my one daughter asked if she had to give her fingerprint, the lady told her she wouldn’t be allowed in the parks without it. Hmmm. I guess that is how they keep people from switching tickets. What a world we live in now.

I noticed that only people with tickets gained entry into the parks.

Some people had Mickey Mouse backpacks or had their feet covered with Mickey shoes, but they were still not allowed in unless they had their ticket and the proper fingerprint to go with it. Some people were covered in Mickey apparel from head to toe or were dressed as Disney princesses or heroes, but they were still not allowed in without that ticket and fingerprint.

Don’t you think that is just awful? Shouldn’t they have allowed entry into the parks for anyone that claimed to be a Disney fan? After all, wouldn’t that be the kind and loving thing to do?

This made me think of the verses in Matthew 7:21-23. These people are described as huge “God fans”. They have given themselves the label of Christian and go around doing good works in the name of the Lord. And yet, in the end, they have no ticket for heaven.

We can look as good and Christian as we can possibly look, we can be baptized in a good church, and we can do many good works “for Jesus”, but none of it will mean anything when we get to the gates of heaven if we haven’t repented of our sins and accepted God’s gift of salvation through His Son’s death and resurrection. All of those good works and professions and baptisms will mean nothing.

We are told so clearly in John 14:6 that Jesus is the Way, the Truth, and the Life. No one comes to the Father except through Him. No one.

There was no possible way for me to enter a Disney park without that expensive ticket. Once I tapped that ticket on that little machine and placed my finger on that special pad, I could enter the park and enjoy the day. The same is true for heaven– only our ticket for heaven is free! Jesus paid the price with His very life. We can be reconciled to God but only through Jesus Christ. This is written in His Word.

Because, in the end, it doesn’t really even matter what we think. It only matters what God says, which is what we find in His Word. I challenge you to really read and study it with a heart truly desiring to know the Truth and a willingness to obey it. You will not go away unchanged.