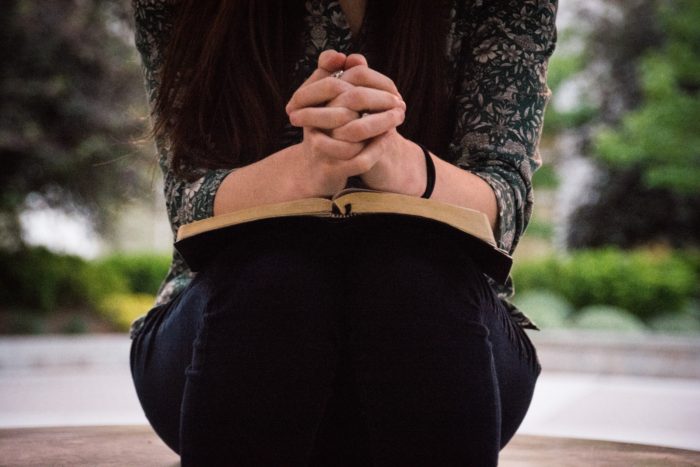 You may not realize that I am actually rather rebellious. I always laugh inside when someone calls me legalistic. This actually couldn’t be further from the truth. I hate stupid rules. If something isn’t firmly grounded in scripture, I am not going to be doing it anytime soon.

This is making it a bit difficult for me right now. Mandate after mandate is being thrown down by the government. These mandates are eroding or outright removing the rights of every law-abiding citizen that we were given by the constitution of the United States upon its inception.

I don’t want to obey. I am angry and I don’t want to obey. This is for a number of reasons, but the greatest is that the statistics do not match the mandates. The fear that has been instilled in people by the media doesn’t match the actual facts. The damage that is being done by the mandates is astronomical! The ramifications will be felt by some families for generations, as they lose businesses or loved ones commit suicide or die because they are afraid to go to the ER.

Something much deeper is going on here. There are a million theories out there and analyzing them isn’t the point of this post. However, I think that those of us who have studied eschatology to any degree quickly recognize that this is part of the end game. We can see how these events are moving the world in the direction it needs to go for the one world economy and government prophesied in Revelation. (Actually, in this way it is encouraging because it is so incredibly confirming of scripture! )

Okay, so it’s clear that I don’t really buy the story we’re being told. This makes it even harder to obey rules that don’t make any sense.

I’ve had lots of conversations about this part of the quarantine with my family. We are supposed to obey the law. But when does obeying the law become wrong? At what point should we obey and at what point do we protest and even fight?

I am sure many of you are hoping I have an answer to these questions. But I don’t. I am sorry to disappoint you but I haven’t done a thorough enough study on this yet to give any kind of biblical answer.

But these are big questions. And we have to find our footing and remember our foundation in the midst of them. Any search for answers must be done through the lens of scripture.

At first, the novelty of all of this kind of filled us with that adrenalin that takes you through times of shock. None of the people on earth had ever faced anything like this before and we were reeling. After four or five weeks, however, we started to chafe against the restrictions. We became aware of families that were hurting, companies going bankrupt, depression and people committing suicide, people dying without their loved ones close by and with no funerals. Postponed weddings, canceled trips-of-a-lifetime, and high school and college seniors losing their final precious months that they can never get back again.

Some of us trust what we are being told by the health officials. And some of us don’t. But, no matter, where we find ourselves on that scale, I think I can safely assume that almost all of us are deeply saddened by what is going around us and feel pretty hopeless to change anything.

And, no matter how this ends, we all have to face the reality that our freedom was only an illusion. Our freedom dissipated in the face of fear like the early morning fog dissipates when the sun rises. We thought we were free but now we know we aren’t. Not even a bit. And this is something we need to live with, no matter how this turns out.

At any moment in the future, this could happen again. We could be ordered to do things we don’t want to do and there is nothing we can do to stop it.

Doesn’t that make you feel so powerless? We thought we were so independent and find out we aren’t at all.

So how do we, as believers, reconcile all this with what we know from scripture? This is where we must turn, isn’t it? What do we know, for sure??

We know that God is still in control. No matter what goes on or how awful it gets, He is still on the throne. (Jeremiah 10:10)

God did not abdicate his throne during Nero’s persecution of Christians. He didn’t disappear during the Black Death of the Middle Ages, the French Revolution, the reign of Pol Pot, or during World War II. And He has not abdicated His throne during this time. God is still on the throne.

We know that God wants us to obey our government as long as it doesn’t require us to disobey Him. (Romans 13:1-2)

We are told in scripture to obey our governments. There is no caveat there for rules we don’t like. This can be hard for independent Americans to swallow particularly. But it is there. We can, of course, agree that when the government tells us to do something that is in opposition of scripture, we can and must disobey. Where that line is drawn is something all of us are probably increasingly thinking about.

We know that there is a plan spelled out in the books of Daniel and Revelation, that must come to pass at some point.

Could this be a part of that? I think it is very, very likely. If you’ve done any study of end time prophecy then this makes so much sense. Whether the rapture is tomorrow or in a hundred years, we can see how the events of the past few weeks will most certainly be used to further a one world economy and a one world government. We can also see how this will break America–something that must be done in order for globalism to succeed. We can make no predictions of when, but I do believe we can say with certainty that this event took us an exponential step forward towards the New World Order.

Romans 8:28 uses that tiny word “all” to remind us that everything that happens to us–whether small or large–is being used to make us look more like Christ. We are to glorify God in this process, drawing men to Him through our godly attitudes and actions. This can be a bit eye-opening if you’ve been deceived by the “name it and claim it” kind of faith or believe that Jesus exists to make your life easier and to fulfill your big dreams. But when we finally understand that our goal as a believer is to glorify God and to look more like Christ, then the trials and hardships make so much more sense.

We know that God loves us and will give us grace to endure whatever comes. (2 Corinthians 12:9)

One of the most horrifying things about all that’s going on is the fact that it is being used to further ungodly agendas. I have seen terrifying articles on the unfair treatment of churches and pastors, on the necessity of the state to raise children, and on the promotion of abortion. One can only wonder how this is all going to end up for us as Christians. It is almost like the pandemic gave a burst of speed to Satan’s evil agenda for the world.

I was feeling a bit discouraged and frustrated the other day and so I read a bit in the Foxe’s Book of Martyrs to remind myself how much worse life could be. It is truly hard to comprehend the torture and persecution sanctioned by the Catholic Church during the Reformation. Thousands died at the hands of wicked, wicked men who delighted in torturing their fellow human beings. And yet, to read of the believers’ fortitude and commitment to the truth was astounding. They stood strong in the face of the threat of horrible torture, refusing to be bullied into the Catholic faith. In fact, many of them sang hymns as they burned at the stake. We know that only God can give this kind of strength. If God gave that kind of strength hundreds of years ago, then He will surely do the same for us, if and when the time comes that we need it.

And, finally, we know that we are not the center of the Universe. (Philippians 2:9-11)

Well, that isn’t the message of the Bible. While we most certainly need to care for ourselves as any normal human being would, we must recognize that God is the center of the universe. That all is about Him and His sovereign plan.

This can be a hard place to get to, because we have such big dreams and hopes for our lives. This current situation leaves most of those up in the air at best and has dashed them at worst. Surrendering our dreams and hopes may be one of the hardest things we have to do as Christians. Recognizing that perhaps it is not God’s will for us to do that thing we most longed for is a hard pill to swallow. But we are just a speck. A flower that blooms for a short time and then fades away.

Of course, the other side is that we know how much God loves us! He cares and gives strength and peace and joy, as we trust in Him. It’s a beautiful thing when we can surrender our lives and trust in God. But, of course, this is not easy. Releasing our grip can be very painful.

So these are some things we know. And these are the things we must remember as we continue to inch forward into the unknown. Many of us were on autopilot in our lives. We may not have even realized it. And now we are dealing with big questions. Some are dealing with really big problems. I think it’s safe to say that autopilot is now turned off for all of us at this point.

The circumstances are different for all. The spiritual and emotional dynamics are different. This new world is bringing to light different sins and weaknesses in all of us. To some it is overwhelming and to others it is not.

So, I’d like to encourage one final thing before I close today.

Let’s be so kind to one another. Let us have so much grace for the responses and outbursts and frustrations of others. Let’s humbly point fellow believers to the Word and share the Gospel with the lost.

I think we can all agree that the world should be a better place because Christians are in it. There is no better time than now to make sure that is true!

2 thoughts on “What Do We Know? And What Should We Do?”