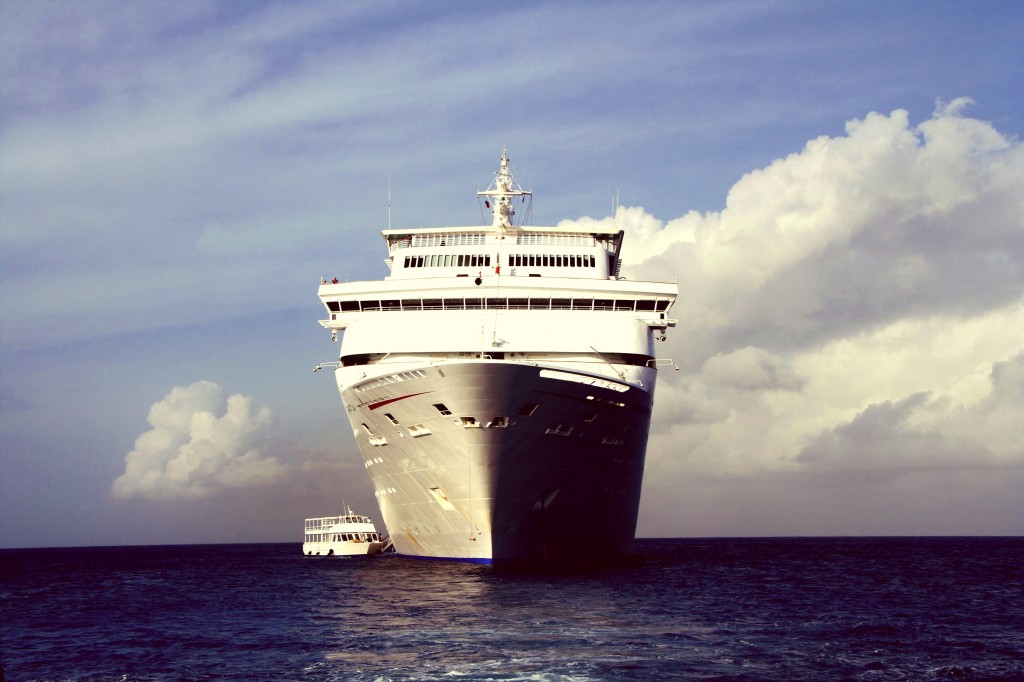 It was a beautiful summer evening. The stars were starting to twinkle and the moon was shining brightly. The huge cruise ship sailed through the smooth waters, while the passengers drank and gambled and danced. It was like a giant party.

Meanwhile, a small fishing vessel bobbed nearby. The crew looked with envy and longing at the wonderful time the passengers on the ship seemed to be having. They could hear the laughter and the clinking of wine glasses. They saw young people swaying their bodies to the loud music and couples holding cocktails while they stared out at the sea. It all looked like such a good time. And it was. For awhile.

But, suddenly, a thunderous sound ripped through the night! It was the terrible sound of metal hitting rock. The ship shook and rocked and heaved. Glassed tumbled out of hands and broke as they hit the floor. Some of the partiers went flying over the side of the ship and fell into the cold, unforgiving sea at the sudden movement.

The crew on the little fishing boat watched with horror. The ship had sailed unsuspectingly into a group of rocks that sat treacherously just below the surface of the water. Suddenly, the night noises went from glee and happiness to terror and anguish.

Another fishing boat had been watching. The crew on that ship had watched with concern as they saw the ship steer closer and closer to the rocks they knew were underneath the water. They had tried to radio a warning. They had sent up flares. But all was done in naught. No one on the ship was paying attention.

Except for–over there–was someone waving? Why yes! There was one couple up on the third deck who had seen their warning. They called out to the small vessel and upon understanding the danger that was ahead, chose to heed the warning to get off of the ship in order to save their lives. After trying to warn their fellow passengers and finding themselves completely ignored, the young couple had lowered a life boat and rowed over to the fishing boat and climbed aboard. From this safe place, they joined the small crew in their efforts to save the ship.

Life had changed dramatically in just a few minutes for all on the cruise ship.

So what is the purpose of this little story?

The world is the cruise ship. They are having a great time but heading for sure disaster. And most of them, just like the ship passengers, have no idea.

If we are Christians, we are not on that big ship, nor should we long to be, for we know where it’s headed. Why do so many of us bob around in little boats, dissatisfied with the incredible blessings of a life lived at peace with God, and looking at the ship with envy and longing?

Why aren’t more of us sending up flares and sounding a warning?

Sure, we would never be able to turn the whole ship around but we could help some jump to safety. But most of us are so worried about being like those on the ship — partying it up, having a good time, and keeping temporal things our priority — that we do not bother with the lost souls on the ship. Many of us do not even give their horrible destiny a passing thought.

Why don’t we care?

What boat are you sailing in today? Are you part of the world’s party on the cruise ship having a good time but heading for disaster? Are you on a small boat looking at the world with envy and perhaps even trying to have your own version of the world’s diversions on your own little vessel? Or are you on a boat that is trying desperately to sound a warning and save as many as possible?