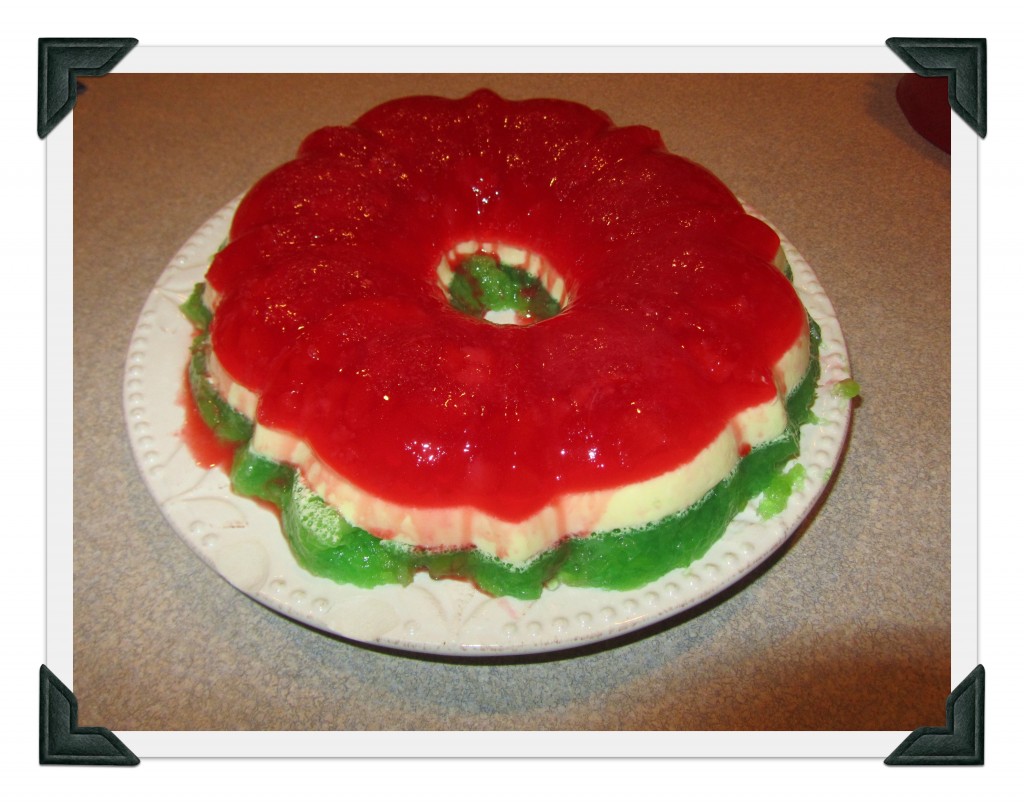 Do you remember when Jell-O was the “in” thing? Oh, I know they still sell it and people still eat it, but in the 70’s Jell-O was really cool. Moms and Grandmas would mix it with cranberries and carrots and maybe a few nuts, add some cool whip or cream cheese, pour it into a mold, and present it as a salad for Thanksgiving. Green salads weren’t really the thing back in the day and so this sugar-laden concoction was the only salad we had at the meal.

Fast forward to now. Some good changes have taken place. Jell-O salad is no longer quite as popular. Green, leafy salads complete with fruits and nuts have moved in to take its place. Oh, we can still find a Jell-O salad occasionally at one of our meals–they are awfully pretty–but it certainly has changed in the last forty years.

As strange as it sounds, it sort of reminds me of Michael Jackson. He was the a cute little kid who sang with his brothers back in the day. As he grew up he became one of the best known artists of the 80’s, raking in millions with his songs “Thriller”, “Billy Jean”, and “Beat It”. Even if you didn’t care for his music, you probably knew who this guy was.

But sometime in the 90s, he fell out of favor. Instead of a big, honored star, he slowly became a pathetic creature that some despised and others pitied.

So why in the world am I talking about Jell-O salads and Michael Jackson?

So why do we give so much time, efforts, money, and energy to these temporal things? We spend hours and hours of our time (and often quite a bit of of our money) —

I find that if I don’t, on a regular basis, take a moment to evaluate where I am spending all of my time and my money, I will end up wasting a lot of both. It is so easy to invest our God-given resources on stuff that doesn’t matter in the long run.

Finding the balance –and it is a balance–can be tricky. Of course we have some temporal things we have to do, such as caring for our families and homes, caring for our own bodies, and going to work.  We also have the opportunity for leisure time in this culture, used for building relationships and getting needed downtime to re-charge, which is such an incredible blessing.

I am not going to say what the balance is for you because I am still trying to figure out what it is for me.

No, I am not going to give a formula because it is probably different for everyone. But I do know that I, personally, waste  more of my resources of time and money on temporal things than I should.

Have you thought about this recently? Or are you in a rut like I was–where you haven’t evaluated yourself for awhile? Most of what is popular and exciting today will be old and useless 100 years from now. The trends and styles will change. Everything will rust and fade away.  Why do we get so wrapped up in the temporal?

Only one life, the still small voice,
Gently pleads for a better choice
Bidding me selfish aims to leave,
And to God’s holy will to cleave;
Only one life, ’twill soon be past,
Only what’s done for Christ will last.