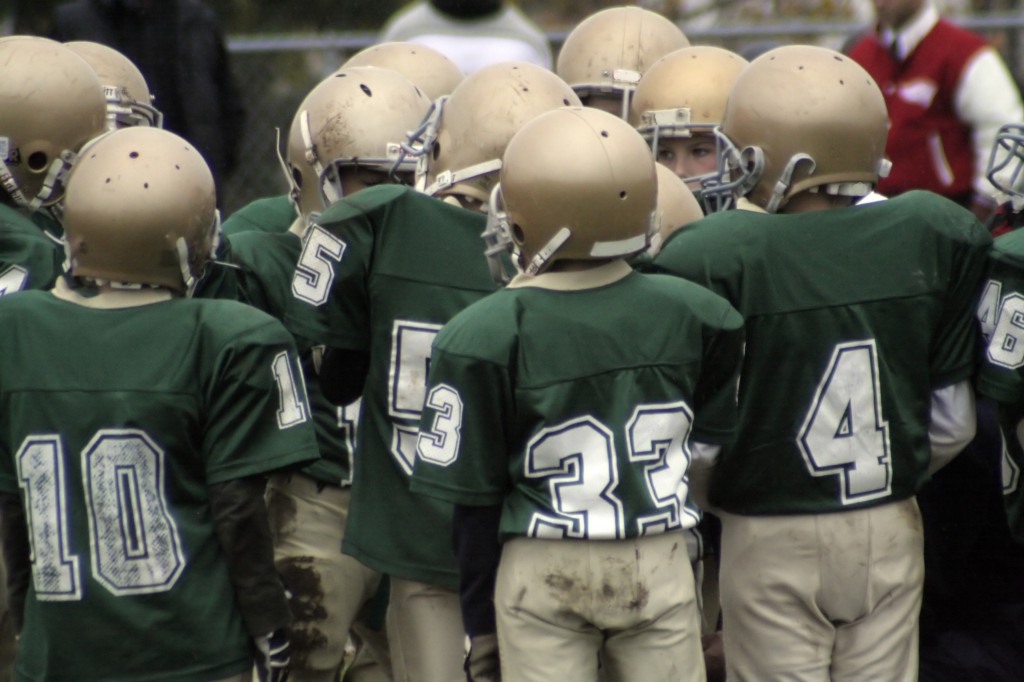 The team huddled closely together, taking direction from the quarterback. They all knew their job was to win. Suddenly, a player looked up to see a member from the opposing team come trotting across the field to join them. As he worked his way into the huddle, the quarterback warmly welcomed him. And while some of the team followed the quarterback’s lead, other team members wrinkled their brows in the perplexity of the situation and stood back to watch what was going on. What they saw stunned them. The opposing team member not only joined the huddle, but went on to call the plays. And the most disturbing thing of all was that the plays were designed to give the other team the win. It was a situation that just did not make sense.

Does it make sense to you?

If not, then I have a question for you– why does it make sense to invite unbelievers into our church huddles and call the plays?

Now, don’t get me wrong– I am not suggesting that we shouldn’t welcome unbelievers into our churches. It is important to first understand this fact before reading the rest of my post. I firmly do believe that when God puts an unbeliever in the midst of the brethren he should be warmly welcomed. But American churches are going beyond a warm welcome of the unbeliever. They are actually designing their services to meet the needs of them. Why?

Let’s talk about what the church was biblically  designed to be and what it has been all through the ages– until about the last thirty years.

Hebrews 10:25  not forsaking the assembling of ourselves together, as is the manner of some, but exhorting one another, and so much the more as you see the Day approaching.

Acts 2:47b  And the Lord added to the church daily those who were being saved.

All through history, the church has continued to follow that original biblical model. Until about 1980. When, rather gradually, there was a shift. This was when a church model came forth that started changing things. The vision and the thrust of the church became about evangelism. Because it was so hard to get people to witness to others in their lives at home, work, and school, they changed their service format so that instead of having to do the hard stuff to share the gospel, people could just say, “Hey, why don’t you come to my church on Sunday?”

As the years progressed, more and more churches fell to this church model, designing their whole services and programs around reaching the unbeliever. Meanwhile, their sheep were starving as they were fed a solid diet of milk. No meat was forthcoming because there was so much effort on reaching the world.

The thing that they didn’t see is that instead of winning the world, the church became like the world. In having the other team join ours, we were absorbed by them.

And that is how Satan single-handedly (in my opinion) won the battle of separatism. No longer do we believe there is any reason to stay separate from the world, even though scripture clearly states we are supposed to (James 1:27, II Corinthians 6:14-18). In fact, we have believed the insidious lie that we need to be like the world in order to win the world. A principle that is found nowhere in scripture.

Satan also won another important battle — and that is the battle for scriptural literacy. If Christians would know scripture, many of the things that split churches would be non-issues. But because most are operating out of their own opinions and many aren’t even saved — our churches are full of strife and anger and quarrels. If Christians knew scripture, they would see the need to remain separate. They would understand God’s holiness and fear Him as much as they love Him. They would grasp just what Jesus did for them on the cross. But, alas, most have no idea, because they never open their Bibles at home and they rarely, if ever, open them at church, hearing, instead, practical sermons based mostly on opinion and, occasionally, on the latest Hollywood movie.

We, the church, have lost sight of the reason we exist. We have neglected our duty to be witnesses in our everyday lives by falling back on the “come to church with me” sentence instead of doing the hard duty of sharing the gospel personally with unbelievers around us. Meanwhile, we are starving spiritually because of the lack of good, solid meat we should be receiving in our church services.

And, so, our church huddles have become full of the world. And instead of turning the world towards Christ, we have become like the world, ’til there is hardly any difference. And, instead of the term “Christian” meaning someone who has a transformed life because of their love for Christ, it is just a term– leading us to wonder who is really saved, trying to leave that judgment firmly in the hands of God while we tremble at the thought of who actually may be lost.

Somehow I can’t help but think that God must be very sad about the state of the church today.

2 thoughts on “The Football Huddle”