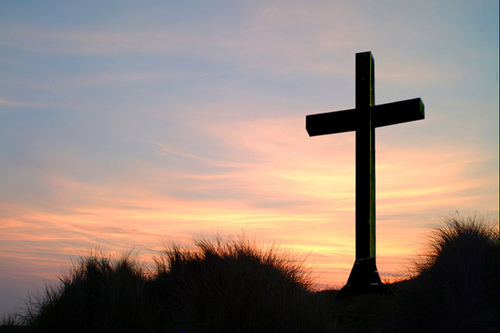 Things have come to a pretty pass,” said a famous Englishman testily, “when religion is permitted to interfere with our private lives.”

To which we may reply that things have come to a worse pass when an intelligent man living in a Protestant country could make such a remark. Had this man never read the New Testament? Had he never heard of Stephen? or Paul? or Peter? Had he never thought about the millions who followed Christ cheerfully to violent death, sudden or lingering, because they did allow their religion to interfere with their private lives?

But we must leave this man to his conscience and his Judge and look into our own hearts. Maybe he but expressed openly what some of us feel secretly. Just how radically has our religion interfered with the neat pattern of our own lives? Perhaps we had better answer that question first.

I have long believed that a man who spurns the Christian faith outright is more respected before God and the heavenly powers than the man who pretends to religion but refuses to come under its total domination. The first is an overt enemy, the second a false friend. It is the latter who will be spewed out of the mouth of Christ; and the reason is not hard to understand.

One picture of a Christian is a man carrying a cross. “If anyone would come after me, he must deny himself and take up his cross daily and follow me” (Luke 9:23). The man with a cross no longer controls his destiny; he lost control when he picked up his cross. That cross immediately became to him an all-absorbing interest, an overwhelming interference. No matter what he may desire to do, there is but one thing he can do; that is, move on toward the place of crucifixion.

The man who will not tolerate interference is under no compulsion to follow Christ. “If anyone would,” said our Lord, and thus freed every man and placed the Christian life in the realm of voluntary choice.

Yet no man can escape interference. Law, duty, hunger, accident, natural disasters, illness, death, all intrude into his plans, and in the long run there is nothing he can do about it. Long experience with the rude necessities of life has taught men that these interferences will be thrust upon them sooner or later, so they learn to make what terms they can with the inevitable. They learn how to stay within the narrow circular rabbit path where the least interference is to be found. The bolder ones may challenge the world, enlarge the circle somewhat and so increase the number of their problems, but no one invites trouble deliberately. Human nature is not built that way.

Truth is a glorious but hard mistress. She never consults, bargains or compromises. She cries from the top of the high places: “Choose my instruction instead of silver, / knowledge rather than choice gold” (Proverbs 8:10). After that, every man is on his own. He may accept or refuse, receive or set at naught as he pleases; and there will be no attempt at coercion, though the man’s whole destiny is at stake.

Let a man become enamored of eternal wisdom and set his heart to win her and he takes on himself a full-time, all-engaging pursuit. Thereafter he will have room for little else. Thereafter his whole life will be filled with seekings and findings, self-repudiations, tough disciplines and daily dyings as he is being crucified unto the world and the world unto him.

Were this an unfallen world the path of truth would be a smooth and easy one. Had the nature of man not suffered a huge moral dislocation there would be no discord between the way of God and the way of man. I assume that in heaven the angels live through a thousand serene millenniums without feeling the slightest discord between their desires and the will of God. But not so among men on earth. Here the natural man receives not the things of the Spirit of God; the flesh lusts against the Spirit and the Spirit against the flesh, and these are contrary one to the other. In that contest there can be only one outcome. We must surrender and God must have His way. His glory and our eternal welfare require that it be so.

Another reason that our religion must interfere with our private lives is that we live in the world, the Bible name for human society. The regenerated man has been inwardly separated from society as Israel was separated from Egypt at the crossing of the Red Sea. The Christian is a man of heaven temporarily living on earth. Though in spirit divided from the race of fallen men he must yet in the flesh live among them. In many things he is like them, but in others he differs so radically from them that they cannot but see and resent it. From the days of Cain and Abel the man of earth has punished the man of heaven for being different. The long history of persecution and martyrdom confirms this.

But we must not get the impression that the Christian life is one continuous conflict, one unbroken irritating struggle against the world, the flesh and the devil. A thousand times no. The heart that learns to die with Christ soon knows the blessed experience of rising with Him, and all the world’s persecutions cannot still the high note of holy joy that springs up in the soul that has become the dwelling place of the Holy Spirit.

—From The Radical Cross by A.W. Tozer

As many of you already know, AW Tozer is one of my favorite authors.  I hope that you have enjoyed this excerpt.