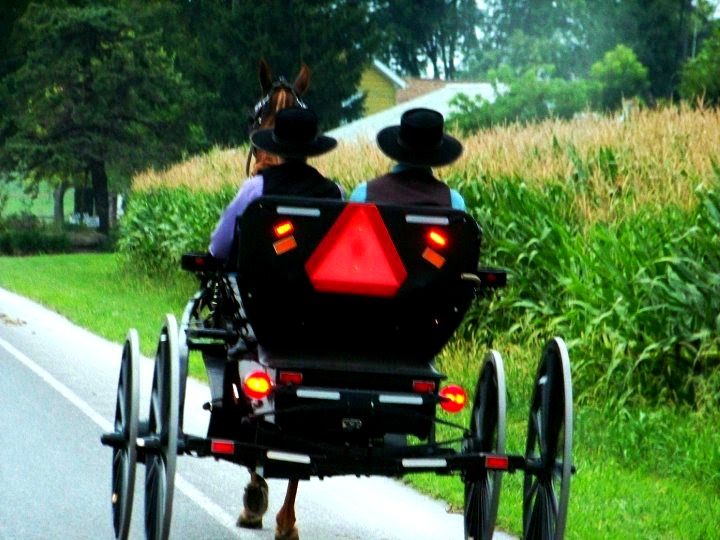 I didn’t even notice him at first. I was standing in line with my Wawa coffee and peanut butter pretzels. It was about 8:30pm on a Sunday night and we had stopped on our way home from the beach to stretch our legs. Ahead of me in the line was the boy. He was about 18 or 19 years old. He wore black pants, suspenders, and a royal blue shirt. His blonde hair was cut in the typical bowl-cut style used by the Amish. Nothing unusual about him. As he got to the counter, I remember thinking that he had nothing in his hand to buy, which caused me to ponder, as it was highly unlikely that an Amish boy was going to buy gasoline. So I watched. I did not have to watch long. I heard him mumble something that the clerk apparently understood. The clerk reached for a pack of Camels and laid them on the counter. The boy, a little sheepishly, gave him the money and walked away. As I watched the whole thing unfold, I thought about the absolute incongruity of the whole situation. Here was a boy who is part of the Amish church. This church is famously known for its policy of keeping separate from the world–down to its horse-driven plows and their favorite mode of transportation, the horse and buggies (because engines are worldly). They only use gas lights (because electricity is worldly) and use no modern-day conveniences within their homes. And yet he was buying cigarettes.

Now, of course, you can’t live anywhere near an Amish community, without knowing their tradition of “rumm-shpringa”, where boys and girls sow their wild oats for a period of time in their late adolescence. This is often celebrated by drinking and dancing parties. And I guess cigarettes, as well. I confess I have never understood how such a tradition could have ever started and seeing it in action has given me no more insight.

But it did make me wonder. How many things do we Christians do that are so incongruous to what our Lord stands for? Over history Christians did not drink, go to the movies, gamble, swear, or dance. They wouldn’t dream of wearing immodest clothing, much less a bikini. Christians went to church on Sunday mornings. The world recognized this “portrait” of a Christian. That was part of how you could tell if someone was a Christian. Of course, not everyone who behaved in this traditional way was an actual true believer. There were many hypocrites. So much so, that,about 25 years ago, we decided to throw the baby out with the bathwater and decide that God only cares about the heart and we can do whatever we want (although I am not sure what it says about our heart if we desire to do so many of these worldly things…just sayin’). This is the latest thing, is it not? Rationalizing our gambling, our R-rated movies, our swearing, our school dances, and our bikinis. Actually the tide has turned so much that there isn’t much rationalizing going on anymore. Most of the things in that list are already accepted as okay for believers to do.

And how it must break God’s heart. Nowhere in God’s Word is there any indication that we should ever sacrifice our personal holiness to reach the world. In fact, I would say that the whole philosophy has back-fired and we aren’t reaching much of anyone.  The people who are reached are those who just want fire insurance. The opportunity to do what they want while “knowing” they will end up in the “good” place for eternity instead of the “bad” place. But salvation that doesn’t include personal holiness isn’t salvation at all.

Of course, there are some new Christians who struggle as they learn God’s Word. They struggle learning what is acceptable in God’s sight. But our Christian culture has gone so far down into a pit, that I truly find myself wondering what exactly would be the description by most Christians of “worldly”. If James tells us to remain unspotted from the world (James 1:27) can someone explain exactly what he means in light of our current “Christian” standards? If we are to be separate (2 Corinthians 6), how is this accomplished exactly? John 15:19 goes so far as to say we will be hated by the world, because the world loves its own.

Wow. This was not really the direction I was headed when I started writing about that poor, pathetic Amish boy.   The boy who has “permission” from his “Church” to do and behave in whatever way he wants for a short period of time. Seeing this tradition in action makes me realize how silly we Christians look in our worldly actions. Claiming to love a Holy God, and being anything but holy in our behavior. It is utterly incongruous and quite sobering, indeed.

14 thoughts on “The Amish Boy and the Cigarettes”