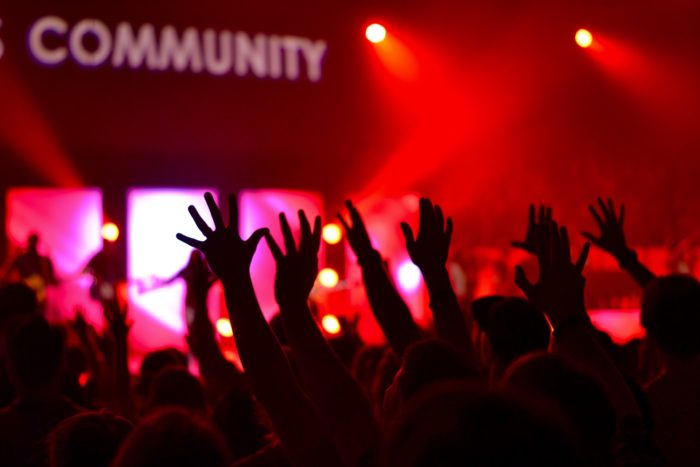 The word “revival” has always been tossed about freely by Christians. It is our hope for this temporal world, it would solve what ails the culture, it would fix so many problems.

I hear this word more than ever now, as the culture grows darker and darker. “There could still be revival,” is heard often by those whose fervent hope is to get back to some type of normalcy. Whose hope is to start the culture in a more positive direction.

But what exactly is revival? And is it something we can and should expect? These are the questions I’d like to take a look at today as our world grows increasingly darker and our hope for this world teeters on the brink of extinction.

(1) : a period of renewed religious interest

an awakening, in a church or community, of interest in and care for matters relating to personal religion.

So we can see that Revival, as it relates to religion, means an awakening in matters of personal religion. In fact, one of the most famous revivals of all was called “The Great Awakening”. It happened in the mid-1700s and the two most famous men connected to it are Jonathan Edwards and George Whitefield, although there were many lesser-known men (and women) used by God during that great time.

What brought about such revival? Many years ago I read Iain Murray’s Jonathan Edwards (which I highly recommend, by the way). As I recall, there were three very important keys to that famous Revival: 1) Prayer and 2) Repentance of sin and 3) Separation from the world.

Fervent, frequent prayer was the fuel of the revival and the people’s repentance of sin and separation from the world was the result of that prayer.

The church in that day was much like the church of this day, in that many people went to church to ease their consciences but there was little true religion.

I remember thinking as I was reading: This sounds so much like today.

We always think we are so much worse, but there really is nothing new under the sun.

So, given the definition of revival and the three important components of revival, should we expect revival?

I think it is important to say, first, that none of us knows what is ahead. We never have known but, now more than ever, the future is unsettled and uncertain. As you read anything I say below, please keep this in mind. We can only guess where we are at on God’s timeline by reading the signs. None of us can know definitively or specifically.

What I do know from reading scripture is that in the last days (which I strongly believe we are in because of the signs given to us in the Bible), times will wax worse and worse (Read 2 Timothy 3 and Jude). People will not truly turn to the Lord but they will pretend to be godly while loving their sin and this world.

From these passages, I don’t believe we should expect revival on any large scale, although there may be scattered pockets throughout the world.

Here’s what I do know:

Much of the talk of Revival these days is not true revival.

How do I know this?

It is because, while there may be talk of a vague repentance, there is rarely talk of repenting of specific, personal sins and never talk of turning from the world.

Most Christians who declare revival as this world’s solution rarely, if ever, encourage people to turn from not only their sin, but also from their fascination with and love for this world.

And, yet, can there be true revival without it? I think not.

Adulterers and adulteresses! Do you not know that friendship with the world is enmity with God? Whoever therefore wants to be a friend of the world makes himself an enemy of God.

We cannot be in right relationship with God if we are in love with the world. And when we hear calls for revival, we never hear anything about this.

Christians are quite comfortable in this world. They live their married lives like the world (Dad is not the head of the home, moms leave their children to go to work); They parent like the world (they don’t discipline, they ignore what the Bible teaches); They watch, listen to, and read the same things as the world. They wear the same things as the world, letting even their precious teen girls dress in such a way to draw sexual attention to themselves so that they are accepted by their friends (I am shocked and dismayed at the many Christian parents who allow this. I cannot even believe it. And I see no conviction about this. From any direction. I’ll climb down off my soap box now. This has been puzzling me for years now.)

Christians look like the world. It is hard to see any difference, really.

And I am convinced more than ever that Revival cannot come while we Christians are steeped in this world.

If we want to bring true revival, we must wean ourselves from this world.

So how much do we actually want revival? How concerned are we for souls? Or are we more concerned about getting back to our comfortable, convenient lives and the world we believed we lived in? These are questions worth our consideration.

If true revival means fervent prayer (by true believers) and turning from sin and from this world, what is all this talk about revival among false teachers (and those who we thought were true teachers that are joining with false teachers)?

I think that is a great question.

You see, there is such a thing as fake revival. And it will be characterized by many people coming together with worldly music and raised hands, powerfully moved by emotion. The truth of God’s Word in these meetings means nothing. Personal repentance of sin and commitment to separate from the world are never a part of these kinds of meetings. It is an ecumenical unity based on feelings.

I believe there will be many fake revivals. In fact, there will be a last, great fake revival when people take the mark of the beast as an act of worship. People will bow at the feet of the Antichrist, believing he IS the Christ (Revelation 13).

It is so important that we carefully examine any rumors of revival by these standards. What is driving it? Is it fueled by prayer? Is there a focus on repentance? On turning from this world?

As we ponder these things, I think we must also realize that true revival starts with individuals. You and me. While we may not expect a wave of revival to overtake this nation or the world, we can perhaps start mini-revivals in our own homes and churches and communities. This can happen through much prayer and our own personal turning away from sin and this world. It is a painful process and we can expect much marginalization and ridicule, but it will yield fruit. Perhaps not as much as we’d hope for, but God will always use a life dedicated to Him for His purposes and His glory.

The heart of the tree is being eaten away even as the watchers are pleased at keeping a few leaves alive. Some type of revival could happen if individual Christians and individual churches would repent of an adulterous love for this God-hating world, repent of setting the affections more on things below than things above, and earnestly beseech God’s help. Who knows how far the forces of evil could be driven back? God has never needed a majority. Gideon’s vigilant few are enough. But so many churches are like Sardis; they have a name that they live, but they are dead. They are comfortable in the world, not pilgrims but dwellers, mighty for pot luck but weak for spiritual warfare, zealous for video games and sports and consuming fleeting hours on social media vanity, but not zealous students of God’s Word, passionate for parties but not for prayer. (From Friday News, Nov 13, 2020)

6 thoughts on “Revival: What It Is and What It Isn’t”