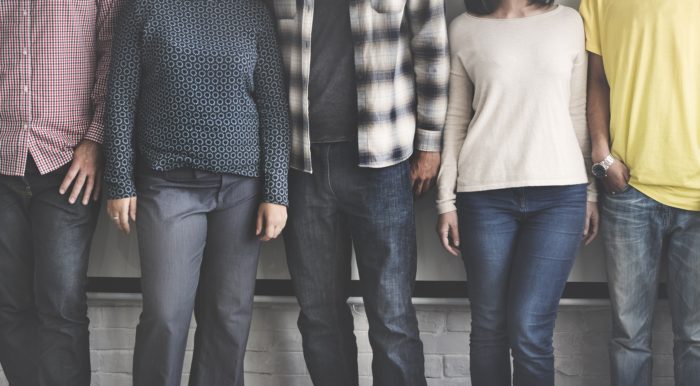 Apparently, it’s International Women’s Day today. At least that is what Facebook told me. It’s not on my Apple calendar, but then neither is Easter, so we can’t rely on them to tell us about important holidays…

I don’t have anything against a special holiday for women, but I did kind of wonder when that holiday is for men? What is the date for International Men’s Day? And so I looked it up. And there is one. It’s November 19. But even that is mostly about women, as *two of its main goals are “improving gender relations” and “promoting gender equality”. Funny how that works.

Now I do get that women have been treated like second class citizens since the beginning of time. I am thankful for women who fought so that we have the right to vote. That’s how it should be.

What I don’t get is why, in the process of increasing the liberties for women and other downtrodden races, the liberties for the white male have been decreased to the point that they are now the ones discriminated against?

Why–in our efforts to improve life for some– do we need to make it so much worse for others? Why can’t it just be equal?

But we live in a fallen world and so this–among so many other things–will just be out of kilter. Humans, on their own, just can’t find perfect balance.

But if we turn to the Word, we will see what the Lord has some things to say about this–

Then Peter opened his mouth and said: “In truth I perceive that God shows no partiality. Acts 10:34

We see here that there is no partiality with God. And, as believers, there is to be no partiality in how we treat others. Did you realize this is such a beautiful truth from the scripture?

Since the “Women’s Lib” movement started (as it used to be called back in the 70’s), women have viciously attacked the Bible as being oppressive and unreasonable towards our gender. I always have to kind of laugh if someone says something like this because the Bible actually raised women up in that culture. Women had no rights in the middle eastern Bible days. They were viewed as property. The fact that the Bible told men to love their wives as Christ loves the Church was monumental. The fact that God made it clear that He views men and women equally in His sight was in complete contrast to all that had gone on in that culture (and most other cultures) beforehand.

And so anyone who claims that the Bible is oppressive towards women doesn’t really know history.

But you may be thinking: What about women not leading in the church or their homes–isn’t that oppressive?

I guess it depends on how you view it. You see, I believe there are some real downsides to leadership. The accountability before God is staggering and the responsibility can be overwhelming. In some ways, I believe it is a gift to us women not to have to lead. We tend to be driven by our emotions and this can keep us from doing a man’s job well–which is exactly how God designed it. And He’s given us jobs to do that are best done by us. It is His beautiful design for the family and for the Church and it works amazingly well when we follow it.

But many women–sold the lie that has been broadcast from the world on all fronts over the past 50 years–are utterly unsatisfied with their role. In fact, the lack of spiritual interest shown by men today has probably increased because women have taken over as leader. Even in Christian homes, women often “run the show”. But this isn’t how it should be and it’s a very sad commentary on how worldly thinking has entered the Church.

So what do you do if you are a woman whose husband doesn’t want to lead–spiritually or otherwise? I hear this question often. You feel an especially heavy burden because you have children. Some of you have husbands who aren’t believers. Others have husbands who claim to be believers but are uninterested in spiritual things. What do you do?

Let’s turn once again to the Word of God. Here we read–

Wives, likewise, be submissive to your own husbands, that even if some do not obey the word, they, without a word, may be won by the conduct of their wives, 2 when they observe your chaste conduct accompanied by fear. 3 Do not let your adornment be merely outward—arranging the hair, wearing gold, or putting on fine apparel— 4 rather let it be the hidden person of the heart, with the incorruptible beauty of a gentle and quiet spirit, which is very precious in the sight of God. 5 For in this manner, in former times, the holy women who trusted in God also adorned themselves, being submissive to their own husbands, 6 as Sarah obeyed Abraham, calling him lord, whose daughters you are if you do good and are not afraid with any terror. I Peter 3:1-2

God speaks directly to women who are struggling with husbands who are not obeying the Word. Notice He doesn’t tell women to take the reins in her own hands. But, instead, she is still to remain submissive to her husband’s leadership, as far as she is able without disobeying God and His commands.

As she remains submissive, I believe she can pray with faith that God will save or grow her husband into a mature believer. Even if God takes a long time to change her husband (one of my dear friends prayed for thirty years before God answered), she can rest secure knowing that God is changing and growing her, that He is taking care of her children (as she prays fervently for their salvation and Christian growth), and that He will work all things out according to His good purposes (Romans 8:28). And let’s remember that God can accomplish far more than we ever can with our nagging, wheedling, and complaining.

I recently shared with someone how, as a young wife, I tended to act like I was my husband’s “holy spirit”. It wasn’t until I released that role (which was never to be mine in the first place) and started praying for my husband that our marriage improved greatly. It took several years to really get it and sometimes I still can fall back into that role if I am not careful, but it’s so much better than it was.

In a perfect marriage, men and women work together in perfect harmony–she submits and respects and he deeply loves his wife more than he loves himself.

But life isn’t perfect. And everything is out of kilter. And the fact remains that the “liberation” of women has knocked the family completely out of kilter. Even the Christian family. The battle is there even for families who desire to live according to biblical roles. There is a demand from the world for role reversal and Christians must constantly be on guard to see this doesn’t enter their own homes.

God has designed men and women with very specific roles and life works best when we follow them. Both are important and they are equal before God. Marriages are more peaceful, children are happier, and society is less chaotic when these roles are followed and respected. But, of course, we truly are a society that is completely out of kilter and, actually, we seem to be on the brink of insanity.

I am not sure we will ever turn back society, but we can be a shining example of a godly family with proper roles in our churches and communities. We can respect both women and men of all races as we seek to be an example of God’s impartiality towards all people. And, in doing so, we can hope that He will use us to lead some to Him. Or–at the very least–to plant seeds for God to water and grow.

(I am not sure how I ended up on the topic of marriage, but here we are. I guess that’s what happens when I just sit down and start writing without a plan!! This post seems rather disjointed, but, hopefully, you can grab a few nuggets to chew on…)

4 thoughts on “Out of Kilter”