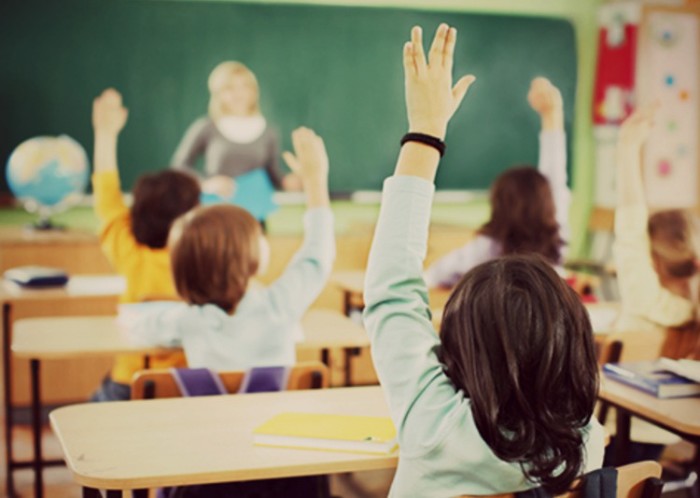 I don’t often delve into the world of education here at Growing 4 Life. We have lots of options these days and there are very strong feelings about this word among Christian parents. So much so, that I have seen Facebook debates over this and have heard comments that rank certain education choices as sinful.

Personally, I spent 12 years in the public education system. When my husband and I had our four children, we chose to home school them for 16 years and then chose Christian school when it was time for a change. I have never believed that education is a black and white issue. We Christians need to give each other freedom of choice in this area.

However, I think we do need to recognize something–

All education is biased by world view.

You see, we all have one. Aside from the Christian world view that recognizes that Jesus is the only way to be reconciled to God, the three general world views that most people hold to in one way or another are– 1) that there is some all-powerful being who would never send anyone to hell, 2) The human race is getting better and its eventual end will be that humans will become gods, or 3) that there is no God at all.

I was *reading the testimony of a young lady from the 1940s the other day. She gave this quote about morality–

“It’s not true that an atheist cannot have any morality; what he cannot have is rational morality. Unless we have a turn for philosophy, nine tenths of our moral code will be habit and sentiment, coaxed into us by Mamma, knocked into us by Papa. And ceasing to believe in God does not destroy a lifelong habit of telling the truth and holding the door politely for old ladies. My father persisted in justice, temperance, fortitude, and prudence. He was used to them. It never occurred to him that, in the meaningless, purposeless universe of the atheist, moral ideas could only be something men put together for their own convenience, like the horse and buggy; something you could scrap as soon as an automobile morality came along. And he tried his level best to pass his virtues on to me. Atheist virtues, however, don’t keep very well.”

How profound is this? There is no reason for an atheist to have morals unless they are convenient. And, as such, they can change and move. Nothing is absolute.

(As an aside, I believe we are experiencing today the fruit of those parents who walked away from a belief in a God so many years ago. It took a little while and they couldn’t see the fruits of their decision at the time, but here we are.)

So if someone believes there are no absolutes, won’t this have to change how they teach our children anything? Doesn’t this make an “unbiased” education impossible?

So you may say, how in the world does that affect someone teaching my children?

I thought through this a bit in my own experience. I can think specifically of at least five teachers who influenced my public school classes with their personal philosophies–

1. A Spanish teacher who told us that all roads lead to God. We had quite a debate about that, he and I.

2. An English teacher that promoted homosexuality as normal and used the guise of philosophy to teach an anti-biblical message.

3. A Science teacher who taught there is no god but that man simply evolved.

4. A charismatic, likable Social Studies teacher who filled our heads with his own liberal agenda.

5. An English teacher who was clearly involved in some type of witchcraft.

This was my experience 30 years ago in the public education system. Do you honestly believe it has gotten any better since then?

But I am not writing this to encourage you to take your kids out of public school or to tell you that homeschooling is the only way. The reason I am writing is this–

No matter how you choose to educate your children, make sure you have the discussions that matter.

If you don’t combat the wrong answers they are hearing with the truth of God’s Word, you will most likely lose your kids to the world. I have seen this happen over and over again.

No, we don’t always have the answers. And yes, sometimes it is really, really hard work. I have found that in many homes parents just pretend there aren’t any questions because that is simply easier. But just because we pretend this, doesn’t make it true. Think back to your own teen-aged years and remember.

A few years ago, Public Service announcements encouraged parents to talk about drugs with their children. “Just Say No” was a familiar slogan. And this is not a bad thing. But how do you talk about drugs if you don’t have the solid base of God’s Word as your standard for morality?

We need to first and foremost teach our kids that our standard for morality is God’s inerrant, unchanging, infallible Word or the world will teach them otherwise.

1. Sports or other extra-curricular activities are not a good reason to use the public education system. These things are fleeting and fading, but the character that is being built during these crucial years is not.

2. Consider the personality of your child when making this decision. I can think of two of my children who would have been just fine in the public education system. They are full of conviction and talk about everything they are thinking with my husband and me. My other two would have struggled. They tend to be more quiet about personal feelings and to follow the crowd. We have talked about it and they recognize this, too.

3. Don’t think you can rest just because your child is in a Christian school or you are home-schooling.  Students cheat and lie here, too, and sometimes subtle, modern-day philosophies creep into these places, as well.

No matter what choice we make, we must be on our toes and be setting a good foundation on God’s Word at home. We have a duty to protect our children. Take it seriously, no matter which way you choose to educate your children. Sports and starring roles are fun and exciting, but salvation, integrity and godly character are far more important. And, while education is a good and useful thing, the value of teaching our children a godly world view based on God’s Word is inestimable. Let’s take our role as parents very seriously. Let’s focus on what’s eternal in a world that is focusing on what is fading.

The grass withers, the flower fades,
but the word of our God will stand forever. (Isaiah 40:8)

*Quote taken from “These Found the Way”, edited by David Wesley Soper.

6 thoughts on “Is There Such a Thing as an “Unbiased” Education?”