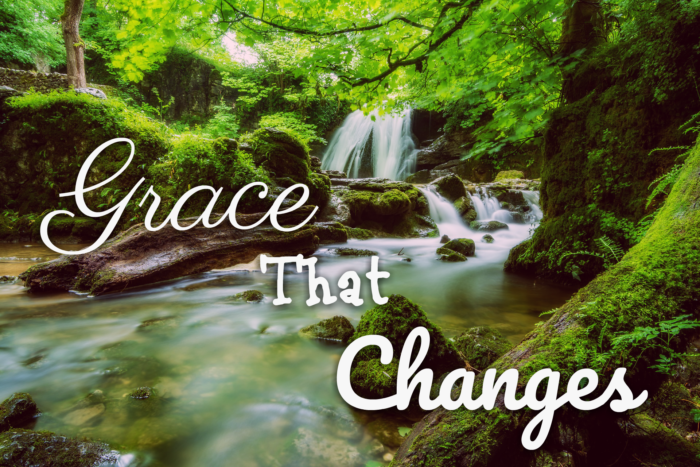 Sometimes I wish I could go back and re-live high school. I know so much more now than I knew then. I’d treat people so differently. I’d be so much kinder. Mostly, I have grown a whole lot in the grace I have for others.

I think God started changing me in college with my first roommate. We couldn’t have come from more different family backgrounds. She was a new believer from a broken family and I was a “holier than thou” believer from a good Christian family. Instead of trying to help her, I judged her from my proud heart. I just cringe when I think about how little grace I had towards her. Thankfully, God, in His Sovereignty, drew us back together after that first {terrible} year and, ironically, we became best friends and she is still one of my best friends today. Funny how God works.

As I look back over my life, I can see that this was the starting point of God’s grace affecting how I live. But I still had a long way to go.

I think I really started changing when I started to understand God’s grace towards me. As I already mentioned, I had been blessed as a young person to be in a wonderful Christian family. Not only had I not experimented with the typical teen-age temptations (such as sex, smoking, drugs, and drinking) I didn’t even want to try them. Unfortunately, while I don’t regret not doing those things, I do regret the pride and lack of grace that grew out of that. Obviously, I was more focused on the outward than the inward at that point in life. And I wasn’t in the Word like I should have been.

But then I grew up and got married and started a family. I started studying my Bible and actually listening to sermons. And God, in His great kindness and mercy, started opening my eyes. And I began to see myself as who I really was instead of who I thought I was. I saw what I could have been were it not for God and His marvelous grace towards me. I was a wicked sinner just like everyone. I wasn’t anything special at all. And instead of pride, I was filled with gratitude. Instead of judgment, I was filled with sorrow. Where in the world would I be if not for Jesus?

As I have grown in the Lord, I have come to understand that grace for others is something we Christians should be known for. We should extend it freely and kindly, because of the great grace we have been shown.

Of course, this doesn’t mean we never confront sin or speak truth. We are clearly mandated to do both in scripture. But we should do so out of a heart of grace and love, not pride and arrogance.

The world will tell you that if you disagree with them you aren’t showing grace. You are critical. You are unkind. Actually, the church will often tell you the same thing. That if you say something that is negative (even if it is biblical), you are critical and without grace. But this just isn’t true.

God’s grace towards us doesn’t cover up sin. God doesn’t simply say “you are okay now.” Even in salvation, we must face the negative (we are wicked sinners) to grasp the import of salvation. God sent His son to take away our sin through Jesus Christ. We aren’t freed on our own merit. We are freed because of Christ’s merit! God’s grace doesn’t pronounce us sinless, it pronounces us forgiven!

Do you see? We Christians are not doing anyone a favor by saying they can just live the way they want to live. We aren’t helping by not speaking the negative. This is not grace. It is cowardice. But grace does mean we speak words of truth from a heart filled with grace and love.

Pride and arrogance destroy but grace and mercy build up.

I am still growing in this area. And I hope you are, too. As our understanding of God’s grace towards us–desperate, wicked sinners–deepens each year, so, too, should our grace for others.

Amazing grace! How sweet the sound
That saved a wretch like me!
I once was lost, but now am found;
Was blind, but now I see.

4 thoughts on “Grace That Changes”