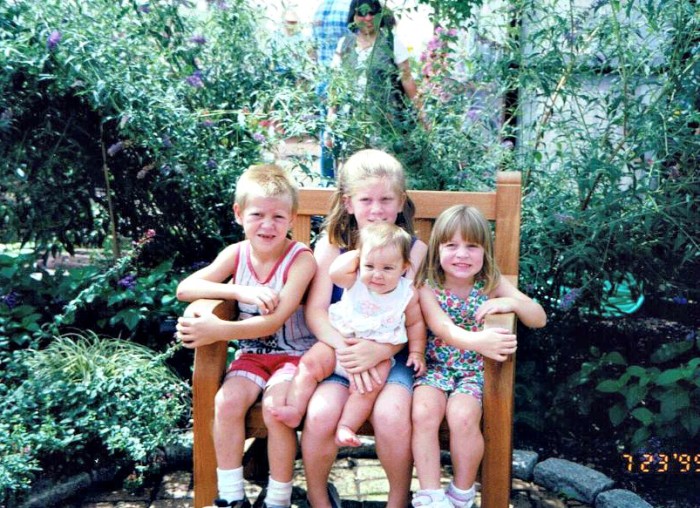 Let me first share this: From the time I was a young girl I never really wanted anything more than to be a mom. While my friends looked forward to going to college and having fascinating careers, I was simply biding my time until I’d {hopefully} get to fulfill my dream of being a wife and mom. The Lord did bring a wonderful guy into my life while I was at college. It wasn’t until the summer before my senior year that he would ask me to marry him. A couple of years after we were married we found out that we were having a baby. And that was the beginning of my “mom” dream.

But no one ever tells you what you will feel like when the final curtain is getting ready to close on your dream. When all the work and tears and joys and fears that involve raising kids is just about coming to a close. And, yes, I know that I will always be a mom. But what being a mom looks like to adult kids is a very different thing. It is a new role for a new stage.

Which leads me to an incident in my past that I haven’t talked much about.

When I was pregnant with my fourth child, I felt unusually ill. This was uncharacteristic for me in pregnancy but I never suspected that this meant anything was wrong. I excitedly told everyone I was pregnant very early on. After all, I had had three healthy pregnancies. I surely wouldn’t have a miscarriage now, right?

Around week ten, I vividly remember going to the bathroom one Sunday afternoon and spotting a dot of blood. Of course, I had heard that it is quite normal for some women to bleed a bit in the early stages of pregnancy and so I tried to comfort myself with that thought, but somewhere deep inside, I knew that it was over. I had never bled in any of my pregnancies and I just knew that this was a bad sign.

The next morning I called my doctor and they had me come in right away. When they ran the necessary tests, the doctor came into the room and told me that I had what they called a “blighted ovum”. It was a fertilized egg that had just stopped developing and no one really knows why.

I was crushed. While it was comforting to know that we have a 5th child who is in heaven right now, since we believe that life begins at conception, I would never get to meet this child on earth. I mourned  the dreams and the plans that died that day. But, if I am honest, I was also disappointed that my life hadn’t gone according to my plans. I had planned to have no more than 2 1/2 years between any of my children. Now that was completely ruined.

To top it off, it took me awhile to get pregnant again. I grew a little more frustrated with each month that passed by. I hadn’t wanted this fourth one to be so far behind the other three.

But here’s what I didn’t know at the time–

I did not know that my three oldest children would get married in the span of thirteen months.

I did not know that my house would grow eerily quiet in the evenings.

I did not know that there would only be one or two at the dinner table most nights.

I did not realize the storm of emotions that would surround all that’s going on in my life right now. 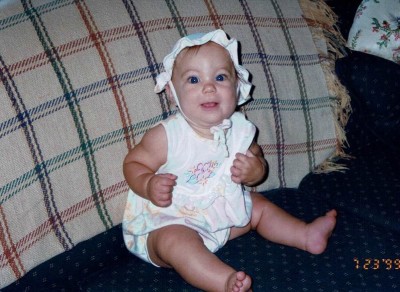 And so yesterday when my youngest was sharing how hard it is to be the one left out of all of the wedding and honeymoon talk going on in our family, I had to just stop and think for a moment. I looked at her and I almost started crying. How kind of God to give me a daughter for an extra couple of years in this time of emotional upheaval in my life. Because He knew what I would be feeling. He knew that I needed her to be a few years behind the others. He knew.

And in that instant, I caught just a glimpse of how God’s ways are higher and wiser than mine. It reminded me of Isaiah 55:9–

God’s ways are surely higher than mine. And, many times, we never truly understand how it all fits together. We don’t understand why He has allowed the painful events in our lives and many of our “whys” are never answered.

But–every now and again–when we review the landscape of our lives, we can catch a glimpse of the tapestry. And we stand in awe at the wisdom and mercy of our heavenly Father.