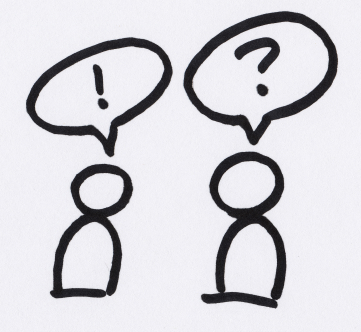 I remember the conversation like it was yesterday. It was so unexpected. I was with a fellow Christian that I had known for a long time. We were different ages and in different circles but ended up working together fairly frequently. I had always assumed that we had the same respect and admiration for each other and that our occasional disagreements and debates were viewed as a healthy part of a relationship.

But, on that particular day, I found out that I was quite wrong.

This person did not have the same feelings toward me as I had towards them. In fact, that conversation showed me that they viewed me as a particularly irritating part of their life. There was no confession and no closure. Just a statement that needed no further elaboration. I didn’t really know them well enough to follow up the conversation any further and so I walked away that day with a shocking and hurtful realization:

For many years after that, I found myself just assuming that most people did not like me. I assumed that I was irritating and that most people did not enjoy my company. Even if someone was really nice to me and I thought I had found a friend, I would hear a voice in the back of my head saying: They don’t really like you. They are only pretending. Just like _________.

It would take a long time for me to trust someone and believe that they actually did enjoy my company. After all, a fellow Christian had pretended to be my friend and it had never been true.

Isn’t it amazing how one conversation can change your life?

By my very nature, I am quite outgoing and outspoken (I can almost hear the “amens” even as I write this from those of you who know me!) It is so hard for me to just sit in a room quietly without speaking. I suppose my parents knew they had a problem on their hands when, as a young child, I spoke my unfiltered thoughts about a lady walking towards us on the street.

I’ve had a lifetime of trying to curtail my mouth. To learn to think before I speak. To honor God with the right tone, looks, and body language.

And I do think I have made progress, in large part due to God’s amazing grace and the Holy Spirit working in my life. I am not the same person I was. But I do still mess up sometimes. I still–quite unintentionally–make enemies. And I still worry about that. Especially when people are so good at covering their true feelings.

But, recently, I believe that God has been teaching me to take people at “Face Value”. I cannot know anything about a person that they do not choose to share with me. I cannot be responsible for their grudges and unforgiving hearts if they do not choose to come to me with their issues. If someone treats me like they like me, then I should assume that they do. If they are pretending, that is not my concern. That is between them and God. I can’t spend my time worrying about it and I can’t make assumptions that may not be true.

And since that first conversation, I have learned a few things. First, sometimes people are just really shy. It doesn’t mean they don’t like me. It just means they don’t know me. And, second, I’ve learned that moods often determine how people interact with me. Some people just aren’t friendly if they have had a rough day. It doesn’t mean that they have some deep, abiding hatred of me.

Instead of focusing on the reactions and thoughts of others (which are completely outside my control), my concern is to treat people with love and kindness. If there is a truth that needs communicated, then it is to be covered with prayer and spoken with much thought and tremendous grace. If I do these things, then I must let the rest up to God.

It’s been a long journey that I am still on, but I keep learning that I need to get the focus off of me and my feelings and keep it where it belongs– on God and His Word.

If someone doesn’t like me because of my stand for God, then I am okay with that. If they don’t like me because I’ve sinned against them, then, unless they tell me, there is absolutely nothing I can do about it. If they do confront me, it is my job to be humble and willing to receive the criticism with an open mind.

Relationships can be so tough. We can make assumptions and we have expectations. When we are disappointed or devastated in a relationship, it can really make a difference in how we treat others for the rest of our lives. But God’s Word shows us how to have healthy relationships. And the first step is almost always putting aside our own desires and thinking of what’s best for the other person. (Philippians 2:2-3). It’s painful. It’s so hard. But it works.