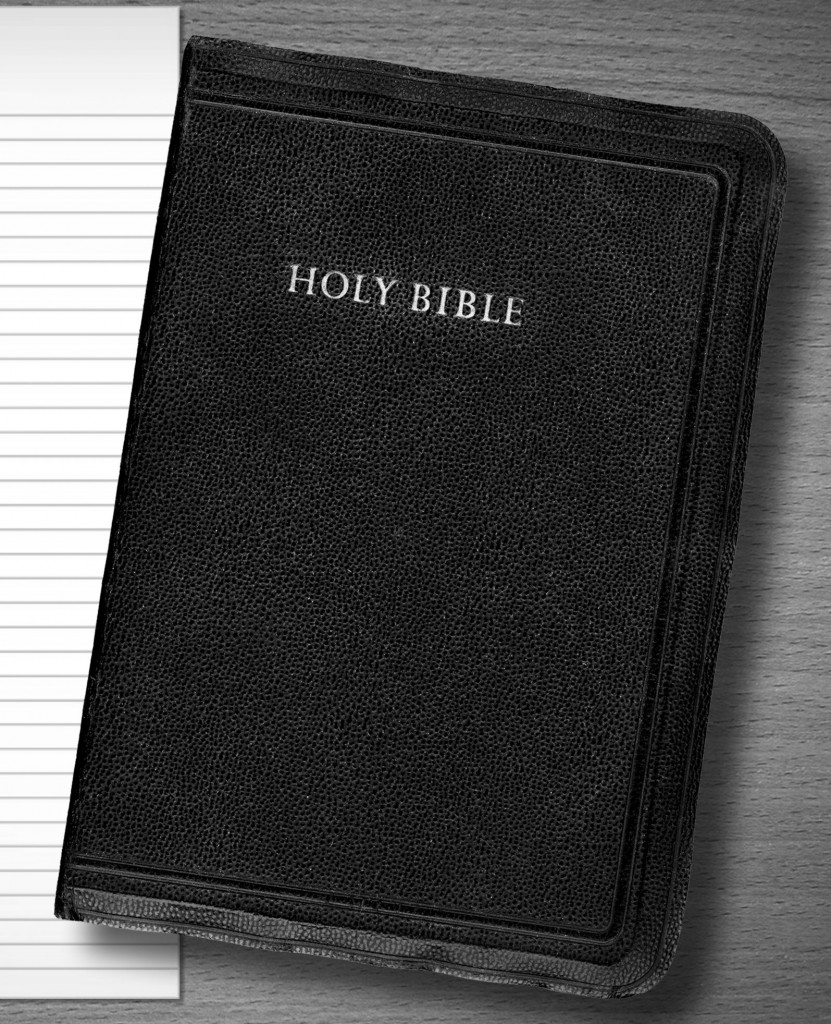 One of the most difficult things about standing up for the truth is figuring out what the truth really is. There are so many different interpretations and opinions and thoughts, that it can get a little crazy. For instance–

–Someone may think that putting red curtains in the church sanctuary is ungodly.

–Someone may think that driving a big SUV is a sin (I actually had someone say something similar to me when I was driving my Yukon XL).

–Perhaps someone thinks that eating certain foods is wrong.

–Someone else may think that all movie-going and TV-watching is sinful.

So, herein lies the question: How do I know if what I believe is actually truth or just my opinion?

There is and will always be only one way. We can only know truth by knowing what God’s Word says.

YES, I get that people have twisted and turned and interpreted and translated the Bible until it has become something that many people don’t trust and even more people don’t bother with (oh and, by the way, yes, it DOES matter what translation of scripture you use. Some have been seriously compromised.)  However, I believe that we can stand firm on the biblical doctrines of old. I say this because of what Paul writes in 2 Thessalonians 2:15–

Therefore, brethren, stand fast and hold the traditions which you were taught, whether by word or our epistle.

There are many who are trying to redefine Christianity to make it more palatable and acceptable to the masses and so they’ve changed the meanings and interpretation of verses we have understood differently for two thousand years. That’s what we need to be very wary of.  If it changes the way traditional Christian doctrine has been viewed through the ages, it is most likely not from God.

But, that being said, there are many times that we stand self-righteously on things that just do not matter.

My husband and I have run into this on many occasions while raising teenagers. In fact, often has been the time that I have been standing firmly, saying “NO, you may not do that,” when Eric (my husband) will look at me and ask, “Honey, really…why not?” And, I have to swallow my pride and concede when I come to the conclusion that I can give no biblical reason or principle to apply to the situation.

I can also think of several times that Eric, as a business owner and church board member, has chosen to concede on things he felt very strongly about, simply because they were not opinions derived from scripture.

If we are willing to compromise on these non-biblical issues, people will be more likely to listen to us when it is time to stand for biblical doctrine and principles. Humility and kindness and compromise go a long way and is critical for the stupid stuff in life that doesn’t matter if we want to be taken seriously about the stuff that does.

And when it’s hard to know the difference about if it’s right or if it’s wrong from a biblical standpoint, I’ll just be honest and let you know that  I tend to err on the side of standing instead of caving. This is because God’s approval is so much more important to me than man’s.

God grant us the wisdom to know what is Truth worth standing for and what are the situations unworthy of a grand stand.  We will only have respect and a listening audience when we know the difference.

p.s. If  you haven’t read part 1 of this series, you can find it here.