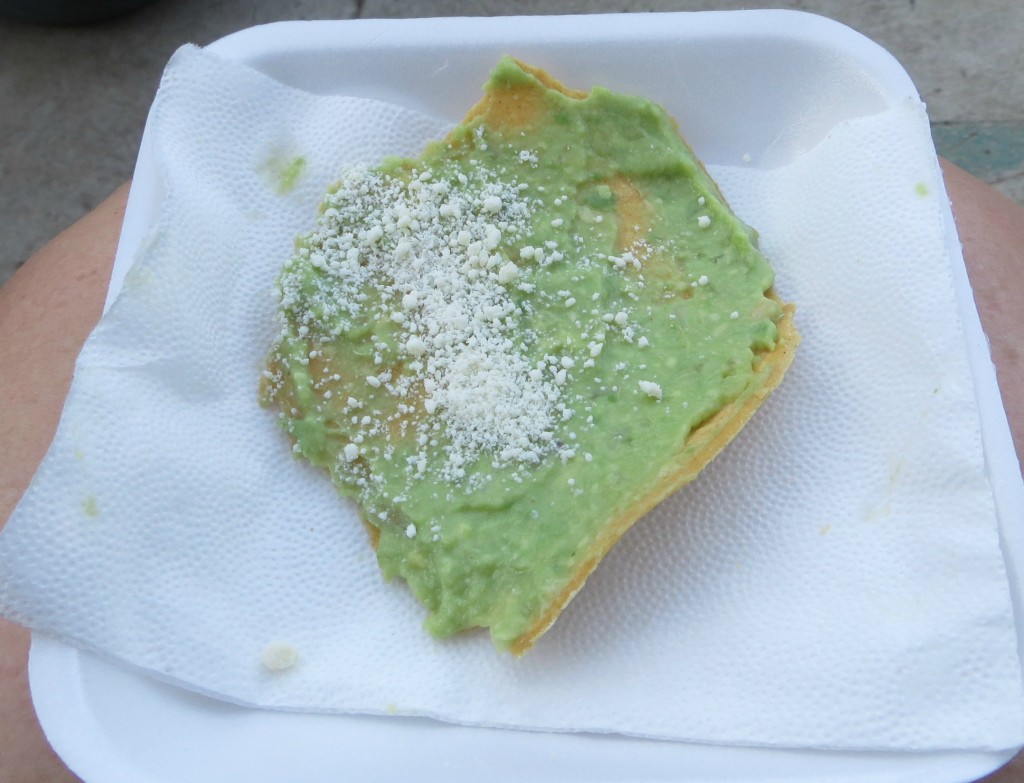 As you probably already know, I just recently got back from Guatemala. We had a wonderful time, but it was also a time of stepping out of my comfort zone in many ways. While I may appear adventurous for even going to some of you, I realized just how fearful I really am. It has to do with a tostada and the courage it took for me to eat it.

It was Sunday night. We had just spent a fascinating afternoon and evening with the families of the mountainside ghetto. I had been impressed with the Guatemalans and their incredible neatness despite their poverty-stricken conditions. They obviously worked hard and made use of what they had in creative ways. Their faces showed a warm welcome for the “gringos” that had come for a visit.

We had delivered some food and supplies to four families that were in desperate need and in each home we had heard each family’s story. Their stories were filled with things like not being able to find work and mud slides taking some of their homes with them. And yet, they smiled. Their pride and gracious hospitality in the midst of such dearth was a wonderful sight to see.

After we had climbed up and down the concrete pathways and steep steps, we had ended up at the bottom of the mountain side for a soccer game (gringos against the Guatemalans – who do you think won??) and two big candy-filled pinatas for the kids. We tried to talk to the people around us as best we could. I uttered short phrases like “¿Como se llama?” (what’s your name?) and  “¿Cuantos anos?” (How old are you?) Not speaking the language was a considerable detriment and I found myself wishing that I had worked harder at re-learning the Spanish language before going.

As we sat and watched the soccer game, a young lady brought us tostadas covered with something that looked like guacamole. Now I am fairly adventurous, but eating something that comes from a ghetto where I don’t think hygiene is all that important is WAY outside my comfort zone, so I said a polite “No gracias”. She smiled at me and walked on. But a few minutes later, one of my team members said that our Guatemalan team leader had said we should never turn down anything they offer, as it is considered very rude in their culture.

I had a quick conversation in my mind with myself. Should I? Shouldn’t I? I thought of the travel magazines I read that highly recommend some of the street stands around the world for some of the best ethnic food. Surely, this couldn’t be a whole lot worse than a street stand? I didn’t want to end up sick, but on the other hand, I didn’t want to offend the woman who kindly offered it to me. I was aware of the sacrifice it took to even offer us gringos food. And, let’s be honest, when would I ever have the chance to eat a guacamole covered tostada in a Guatemalan ghetto ever again? And so I put my doubts aside and I bit into one of the most delicious things I have ever tasted. I don’t even like guacamole – at all. But this guacamole was absolutely wonderful.  I ate it with relish.

And, surprisingly enough, no one got sick from the guacamole covered tostadas. Afterwards, as I shared my doubts with our leader, he assured us that he would not allow us to be offered anything that is not safe. I did feel better upon hearing that, but to tell you the truth, I felt so gratified that I had conquered my fear and stepped out in faith to eat something that I normally would not have touched.

Perhaps this happens in our lives in so many more ways than eating a strange food in the midst of a ghetto. Why do we so often let fear keep us from being our best selves?  Why are we so scared to try something new or different–something that may really enrich our lives or, even more importantly, help us to become more like Christ? So often we hang in our comfortable zone, keeping our distance from anything that looks slightly threatening or out of our routine.

Eating the tostada may not seem like a big deal at all for some of you, but, for me, it was a step of faith. Sure, it was just a little thing, but sometimes we grow in our faith by conquering small fears before we can take on larger ones. Fear can quickly strangle us from living life in the most fulfilling way that God would have for us. It is so important that we don’t let it hinder us from doing God’s will and enjoying the blessings that so often come with that choice! 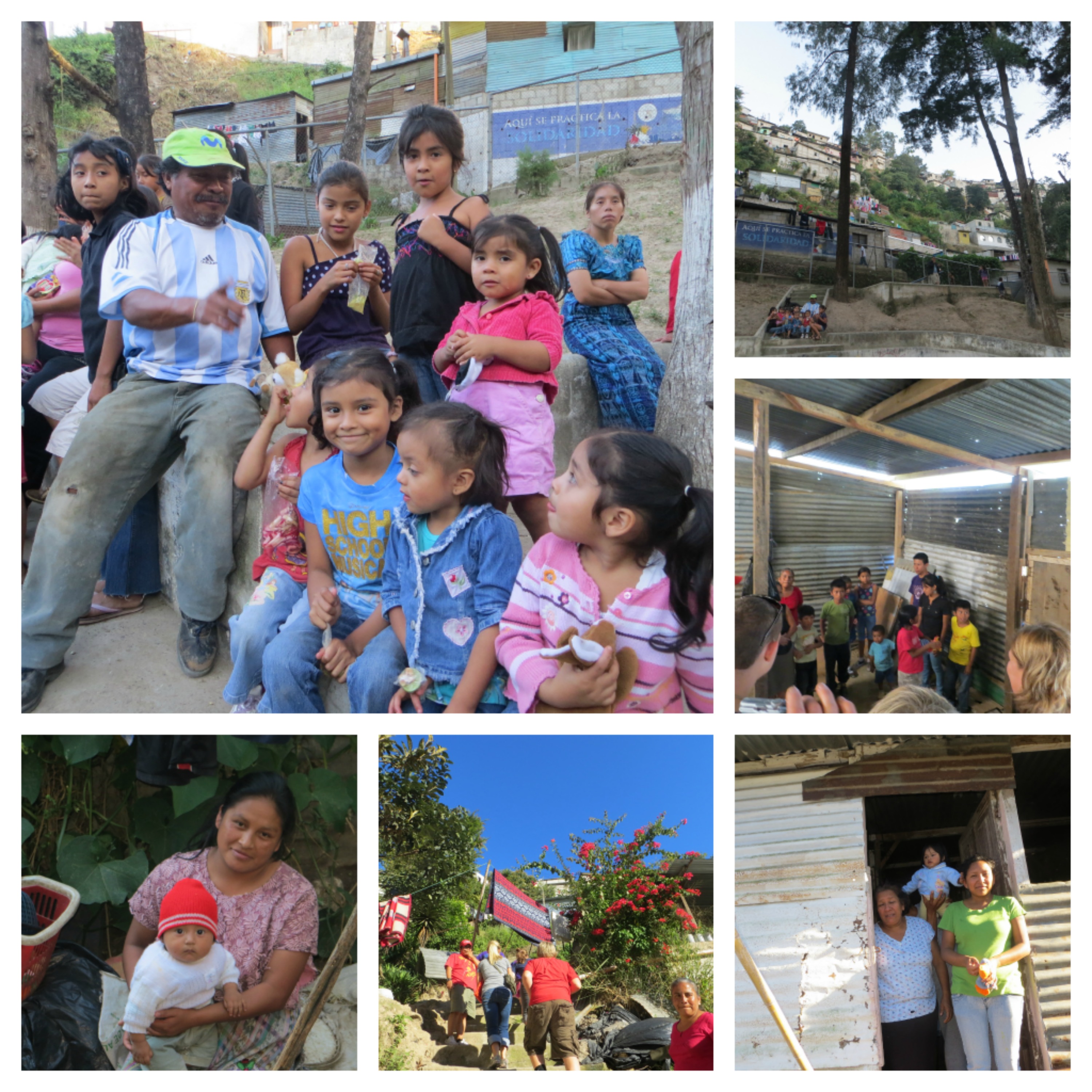