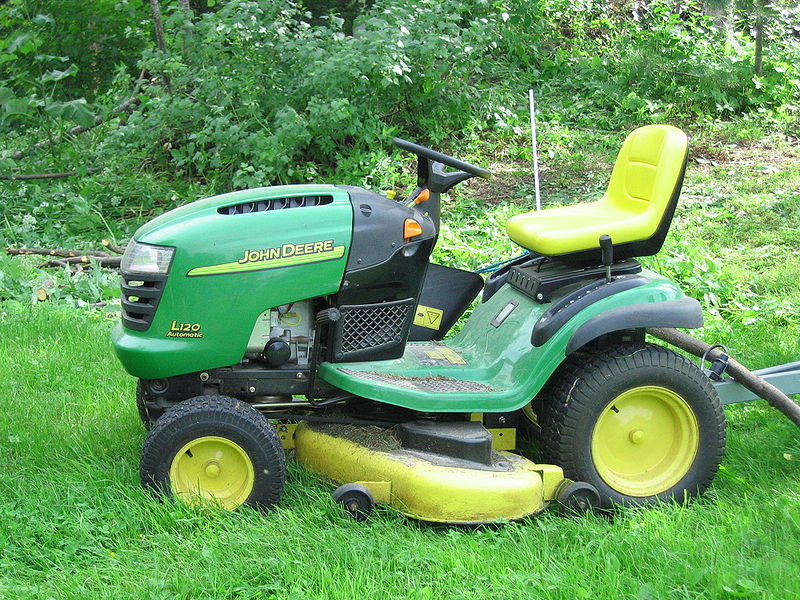 The headlines read “26 Years Later, Haven’t Lost Anyone”. The article went on to give the lawn company’s philosophy and why they never – yes, it said NEVER – have lost a customer. Having owned a lawn company for 25 years, my husband first recognized the impossibility of this statement. And then he started laughing as he realized that he was actually bidding some work for one of their unhappy customers. The credibility of that company and of the newspaper that ran the article was thrown into question after reading what we knew, firsthand, to be an outright lie.

Around this same time, our daughter was in a car accident with another driver, a young girl. There were not any witnesses of the incident and the young girl proceeded to lie about what had occurred. Our auto insurance is headed to battle over it, as the dents in the cars tell the true story and they believe they will be able to prove it was not our daughter’s fault.

We also had two incidents with buying mowers recently. In one, a verbal agreement was made and we were on our way to pick it up (a drive of several hours) when we were called and told that he had sold the mower to someone who had offered to pay him more. In the other case, we traveled to Philadelphia to pick one up, being told it was in mint condition, only to hear a tap in the motor.

So, what do all of these stories have in common? Integrity.

No longer do people feel it necessary to be truthful in advertising…to keep their word…to be honest in their interactions with others.  Instead they do whatever is to their own advantage, with no concern for the truth.

The lack of concern about the truth in this culture is truly frightening. But the lie that there are no moral absolutes has seeped its way into the culture so thoroughly, that now we are reaping the consequences. And they will be heavy consequences. You could see it happening twenty years ago. I remember a song in the 80s talking about this change in teaching absolute truth to our public school students. You could see it happening when TV sitcoms would (and still do) glorify and make light of someone telling a lie to get something they wanted. You could also see it coming, when parents started to set examples of lying on their taxes and being dishonest about sick days and why they couldn’t come to the phone. Another big red flag was when a person’s “happiness” became the ultimate goal for life.  You see, these things set the stage for a generation that has no respect for the truth, unless it is to their advantage.

So, as a Christian (and, hopefully, as one who practices telling the truth), what are we to do? Well, first and foremost, of course, is that we stand out in this culture by being honorable and trustworthy. We should tell the truth, no matter what the outcome (Proverbs 14:5). We also need to be unwavering and to set a godly example as we teach our children the importance of honesty and integrity.

Another important thing we need to do in this day and age is to listen to everything with the proverbial grain of salt .  Whether it is in the newspaper, on the TV news or on a reality show, or even hearing a story about someone else’s tragic circumstances from a friend, we shouldn’t be so quick to believe what we hear.  So many are the agendas and slants given to stories, that we need to be really careful in what we believe.

As I write on this topic, I find myself filled with sadness at the state of this culture. I could see it coming and now I realize that we are here.  I also know the inevitable outcome of a country that holds no respect for the truth. But, alas, here we are. And so it is our duty and responsibility to live the Christian life with integrity in a culture that holds no esteem for the truth.

3 thoughts on “Are You Sure About That?”