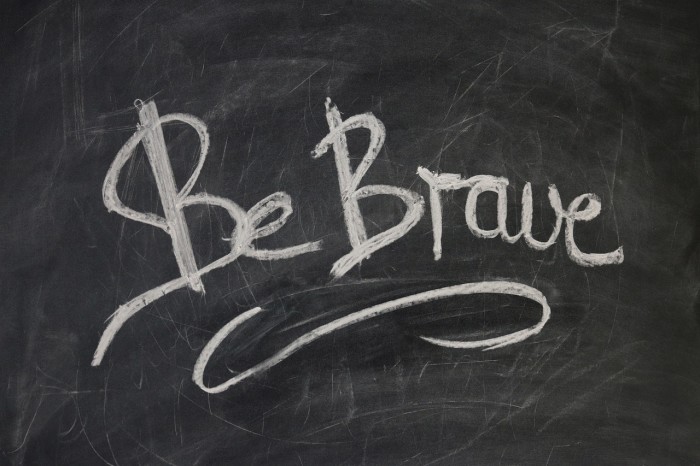 What makes someone a hero?

Is it their strong muscles or shapely body? Is it that they can keep a crowd entertained for a couple of hours or more? Maybe they are extra-good at making baskets or touchdowns or home runs?

Just because our upside down culture labels beautiful actors, entertaining musicians, and skilled athletes as heroes does not mean that they actually are heroes.

I have my own definition of a hero. Here it is–

A hero is an ordinary person in unordinary circumstances who responds in an extraordinary way.

Like Daniel and his friends, for instance. Here are four boys — probably in their late teens– who are removed from their homes, families, and culture. They are taken to the palace of another kingdom and prepared to be servants of the King.

Now put yourself there for a moment. You are seventeen. You have no parents or adults looking over your shoulder and telling you what to do. Would you have had the fortitude and integrity to do what’s right?

While each of these boys had the opportunity to step up and prove themselves to be true heroes a little later on, they got their feet wet right when they arrived in the new kingdom. The king’s servant wants to feed them delicacies and wine. Daniel, because of their strong convictions, asks for he and his friends to be excused from eating this and to be only given vegetables. (That makes me think that the delicacies probably didn’t contain too many vegetables! Not that I’m surprised!)

Four boys are given the opportunity to eat really cool food and drink alcohol. Mom and Dad are not watching. Their Jewish culture has been left behind. What kept Daniel and his friends from following the crowd?

We can see that they were willing to stand apart and do what was right, even when no one was watching or would ever find out.

A little later on, we see that Nebuchadnezzar requires these same boys to do something they cannot do if they serve the Living God. We have to remember that this King is an angry king. If something happens that doesn’t suit him, he starts executing people quickly and indiscriminately. There was little bargaining with him.

First, in chapter 3, we see that this King requires all his people to bow down to a giant gold statue or they will be thrown into a fiery furnace. Some busybody makes sure the king knows that Daniel’s three friends refuse to bow, and, quite suddenly, they become ordinary boys in unordinary circumstances who respond in an extraordinary way.

And so they are thrown into the fire. Nebuchadnezzar is so angry that he makes the fire seven times hotter than usual (Daniel 3:19). In fact, it was so hot that it killed the men that threw the boys into the furnace (Daniel 3:22). But God saves the three boys and they are unharmed.

A few chapters later, Daniel faces his own opportunity to step up and be a hero with a different king. We are all familiar with his time in the Lion’s Den because he refused to stop praying to the One, True God. This all happened because a few rulers were jealous of him and his good standing with King Darius and concocted the whole scheme. They felt confident that this would be an effective way to get rid of Daniel. But God had other plans, didn’t He?

Because these two accounts are part of God’s story of redemption and the sweeping history of the Jewish people, things end really well. Daniel and his friends are miraculously saved in an incredible way.

But do you realize that throughout all of history there have been believers who have stepped up to do what’s right and were not saved by a miracle? They gave their lives in Roman amphitheaters, village gallows, castle dungeons, and concentration camps. In fact, they are still giving their lives in dank, dirty prisons and hostile village squares.

But not all heroes are martyrs. We don’t have to give up our lives to do something extraordinary. Sometimes we are faced right here at home with unordinary circumstances, aren’t we?

What do you do if you see–

~Someone stealing a wallet from a pedestrian on the street?

~A toddler wandering away from his mother at the beach?

~An elderly lady lying in distress on the sidewalk?

~An extra twenty dollars in your hand because the clerk didn’t know how to count change?

You see, true heroes step up and do what’s right. They aren’t worried about their schedules, their reputation, or their own selfish agendas. At that moment, when it matters, they are worried about doing the right thing.

How important it is to teach our kids the definition of a true hero. Don’t let them turn worldly movie stars or selfish athletes into their heroes. Okay, yes, I know. There are a few exceptions. Some of these stars are doing really good things. But I am still not sure that this would qualify them as a hero. If you give one million dollars away but still have twenty million in the bank, does that make you a hero? I think it makes you a nice person. But hero might be stretching it.

I believe that we are going to have more and more opportunities to step up and do what’s right in this country. We will either cower in fear or we will rise with courage. What will you do? What are you going to teach your children and your grandchildren to do? If you can’t step in and help an elderly woman in distress when it’s inconvenient, then what makes you think you will stand up for God when it counts?

Let’s practice in the little opportunities that we get each day. Let’s be ordinary people who respond to unordinary circumstances in an extraordinary way!