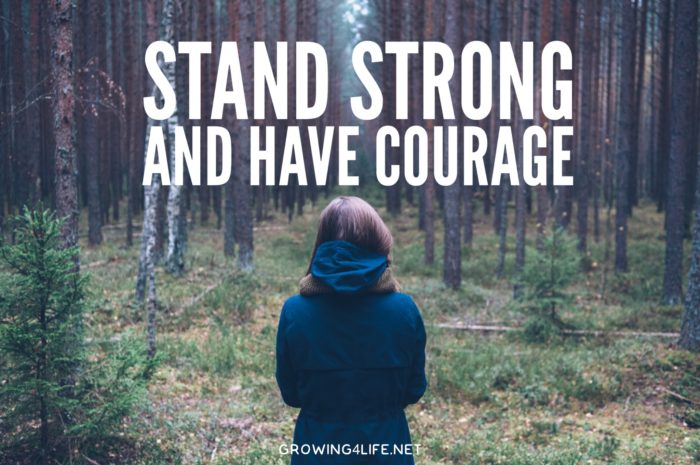 Hatmaker, who seems to get her theology from her feelings rather than God’s Word, made her position quite clear in this interview.  I have been a bit suspect of this blogger for years, so I can’t say I was all that surprised. But what I have been more than a little shocked by is the response of people who call themselves Christians.

Her belief is stated clearly in this paragraph from the interview–

“Not only are these our neighbors and friends, but they are brothers and sisters in Christ. They are adopted into the same family as the rest of us, and the church hasn’t treated the LGBT community like family. We have to do better.”

“Christians” who do interviews and write blog posts like this are very effective at getting other Christians to start thinking they may be off theologically. Especially Christians who don’t know the Word. Funny how they can do this by never even using one Bible verse. It demonstrates just how few Christians know –or even care about–the Word of God.

So I thought it may be time to address this here on the blog. I have pretty much avoided this subject, except in vague terms. Now, I do realize that some of you will choose to unsubscribe or unfollow Growing4Life because of this post. But I am willing to take that risk in my hopes to encourage Bible-believing Christians to stay strong in this barrage of accusations and persecution. And I need to address it now, while I still legally can. I know the time is coming–soon, now–where I will fear imprisonment for what I am going to write here.

For more than two thousand years in the church, homosexuality has been among the list of sins that Christians are supposed to avoid. The church has based this on what we read in God’s Word. This is made most clear in Romans 1:26-27–

For this reason God gave them up to vile passions. For even their women exchanged the natural use for what is against nature. 27 Likewise also the men, leaving the natural use of the woman, burned in their lust for one another, men with men committing what is shameful, and receiving in themselves the penalty of their error which was due.

This is pretty straight forward (0ne would think). But there has been a tremendous agenda to mainstream the homosexual lifestyle and, in this effort to be normalized, an attack has been made on the church. This is a two-pronged attack that has being very effective. First–have the world, the press, the movie stars call us bigots and haters and shame us into changing our minds. Second, have “Christian” bloggers and preachers and writers declare that it is time for the church to stop being so unloving and to wrap our arms around these people. Many in the church are bowing to all of this pressure and there has been a great wavering on this issue by many Christians.

The homosexual community is looking for validation. They want us to say it is okay–even good– for them to live in sin. If we follow this premise to its logical conclusion, this would mean that we have to do the same for all sins. Imagine a “Christian” man comes to the church and the church finds out that he is visiting a prostitute every night. This logic would insist that we welcome him and never question his lifestyle. Or imagine wrapping your arms around a “Christian” who is a thief or a murderer and assuring them that their lifestyle and actions are normal and that we can fellowship with them as a Christian brother.

Do you see the inconsistency here?

So the bottom line is do you believe that homosexuality is a sin?  If you say no, then you will have to admit that you do not believe in the inerrant, literal, and holy Word of God on the subject.

Because this issue is affecting almost every one of us now in one way or another, we’d better know what we believe and why we believe it. If we believe the Bible when it calls this sin, what should our response be to those we know and love who are living this lifestyle?

I have given this a great deal of thought. A great deal. I want to share my heart with you on this subject–

First, there is a huge difference between those who claim to know Christ and those who do not. The world is not living by our rule book. Why should we expect them to think homosexuality is a sin? They would have no basis for that. However, if someone who claims to know Christ is living a homosexual lifestyle without any conviction that it is sinful, then there are instructions for us. God is so good and He makes this so clear in His Word.

We receive instruction in Galatians 1:1-2, where we see that we are to spiritually restore someone with gentleness and help them bear their burdens–

Brethren, if a man is overtaken in any trespass, you who are spiritual restore such a one in a spirit of gentleness, considering yourself lest you also be tempted. 2 Bear one another’s burdens, and so fulfill the law of Christ.

If they refuse to be restored and declare that they will continue in their sin, then God gives us instructions for this, too–

I wrote to you in my epistle not to keep company with sexually immoral people. 10 Yet I certainly did not mean with the sexually immoral people of this world, or with the covetous, or extortioners, or idolaters, since then you would need to go out of the world. 11 But now I have written to you not to keep company with anyone named a brother, who is sexually immoral, or covetous, or an idolater, or a reviler, or a drunkard, or an extortioner—not even to eat with such a person. 12 For what have I to do with judging those also who are outside? Do you not judge those who are inside? 13 But those who are outside God judges. Therefore “put away from yourselves the evil person.” (I Corinthians 6:9-11)

If they want to be restored, praise be to God! Let’s wrap our arms around that Christian brother or sister and help them be restored! But what if they don’t? Or what if it is someone who isn’t a Christian? What then? Aside from the fact that scripture makes it clear that we should not be best friends with someone–particularly a Christian–who is living in sin, what else should we consider?

Second, true love tells the truth. Imagine there is a train barreling towards your best friend who is lying in the middle of the train tracks looking at the clouds. They are so engrossed, they don’t hear the train coming. What would you do? Hum as you walk by? Of course not! You would shout a warning! You would let them know that their very life is at stake. You would do this because you love them. In fact, most of would do this for anyone lying on the tracks–because we would never desire for anyone to meet an untimely death.

And yet, we believe that hell exists and we believe that unrepentant sinners will spend eternity there and we keep our mouths closed. We have somehow been brainwashed into believing that true love doesn’t speak up. But nothing could be further from the truth.

Now, let me add this disclaimer–this doesn’t mean that this subject comes up every time we are with them. What it does mean is that we pray for God to bring conviction to their hearts. And then we pray for opportunities to have meaningful conversations with them on the subject and then actually have the courage to speak truth when God answers that prayer. Of course, we can only be used by God if we are speaking with love and kindness. I am absolutely sickened by the ugly words and arrogant attitudes I have witnessed in regards to this particular sin. ALL SIN keeps us from God. We have to get off of our high horses and stop acting like we are somehow better than someone who struggles with a different sin than we do. God hates pride. And I have seen a lot of pride when it comes to how Christians treat those who struggle with homosexuality.

Third, disagreement is not equal to hatred. Mainstream culture– and now the mainstream church –would have us believe that if we disagree with someone it means that we don’t love them. This one honestly befuddles me. I disagree with my husband sometimes. It doesn’t change how much I love him. I disagree with friends, on occasion, but we still love each other and hang out together. This is a lie that we have been sold that has trained us Christians (quite effectively, by the way) to keep our mouths shut.

And, finally, fourth, name-calling and ostracizing is a powerful tool. None of us want to be known as hard-hearted bigots. We don’t want to be called racist or have people look at us funny when we walk into a room. So most of us are not brave enough to talk about this or post about this because we are afraid of what people will think. This is when we need to keep our eyes on the Word of God and stop worrying about ourselves. It is an inky black world out there. Most people can’t even see their moral hand in front of their face. And we Christians have the light. Yes, we are going to be marginalized. Yes, we are going to be persecuted. Yes, we are going to take a lot of heat for our view on this subject. But we have the light! Are we going to hide our lights now–when the world needs it most? Satan would like nothing better.

Somehow, some way we have ended up here as a nation. Somehow we have ended up in this place as a church. I shake my head with deep sorrow thinking about how far we have come. I almost cry if I think too much about it. It is my opinion that this issue is what is going to drive the church underground. I don’t know if it will be next year or in fifty years, but we can most certainly feel it coming.

So may we cling to the dear Word of God in this time of grave falling away. May we not waver. God has not deserted us. It would simply appear that He has started to sort the wheat from the chaff in the Western church. So let’s stand strong and have courage!

11 thoughts on “Stand Strong and Have Courage”