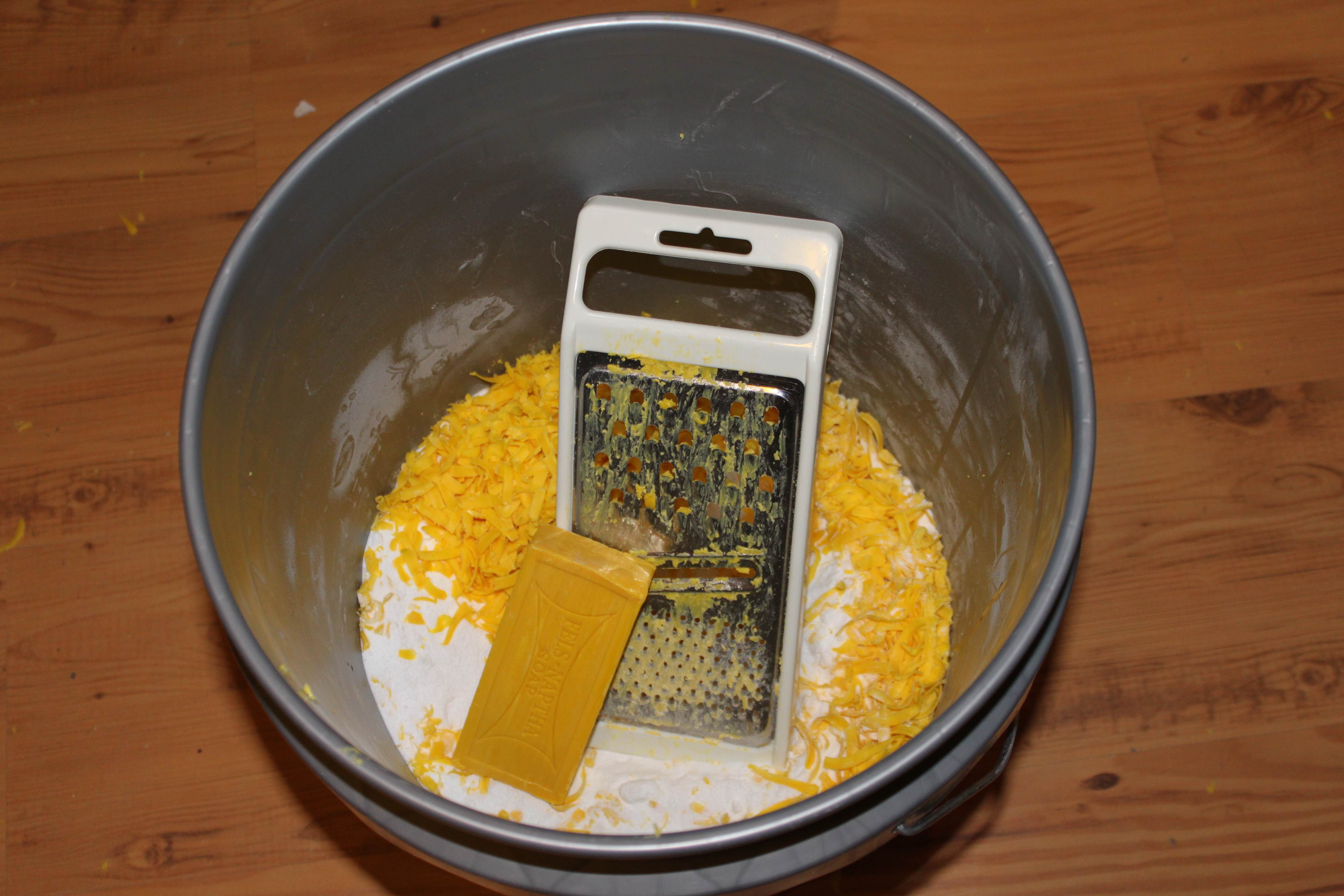 A few evenings ago I found myself grating soap for a project*.  Three bars of Fels-Naptha soap had to be grated into a bucket for this project to be completed.   And so I unwrapped the first bar and started grating.  I pushed really hard on the grater and could feel its plastic frame bending beneath the pressure.  My arm grew tired and I started wondering what I had gotten myself into.  When I had only a little bit of that first bar left, it hit me.  Pushing the soap onto the grater so strongly may be hindering this process…not helping.  And so with the next bar, I decided to let the grater do the work.  Instead of pushing, I simply guided the soap.  The last two bars went so much more smoothly than that first one and were half the work.  And I realized that had I kept pushing so hard, I would have probably broken my grater and came away from the project with a very sore arm.

And I wondered…could this be similar to how it works with someone we love?  Specifically, I was thinking of my husband and older children.  When I see something in their lives that just isn’t honoring the Lord, do I tend to push (nag, complain, punish, constantly bring it up)?

Of course, there are situations where we have to push.  But, more often than not, in my own personal experience, pushing leads to broken relationships and a very tired “pusher”.  Could it be that guiding and praying is a better way to deal with some situations?

I can think of several issues over the years where this has been true, but most recently, a specific issue comes to mind.  A few years ago I became very concerned about a pattern I was seeing in the life of one of my children.  This child was drinking multiple sodas every day and eating a ton of candy. They were old enough to make their own decisions and spent enough time outside our home that I could not control what they were putting into their body. I grew worried about the long-term ramifications of this pattern and so I started pushing. “You shouldn’t be drinking this.”  “You shouldn’t be eating that.”  I was mostly ignored. “I’ve got to die from something, Mom,” they would say. After awhile, I realized that my words weren’t helping and I backed off and started praying.

That was probably a year ago now.  A few months ago, this child started making changes in their eating patterns. Awareness had dawned and changes were following. Only a few weeks ago, this same child came to me one morning and shared their serious intention to start curbing their sugar intake.  Their choices since then shows that they meant what they said that day. Wow.  Really?  Thank you, Lord!  You can change my child without my constant pushing and nagging!

Parenting is tough. Marriage is tough. But perhaps sometimes we make it so much harder when we try to push and pull and be the ones to bring about change in the lives of the ones we love instead of leaving it up to God?

And that is what I learned from grating a few bars of soap.

*In case you are curious, the project was making my own powdered detergent for my HE washer. I found the recipe on Pinterest and thought I would give it a try. I have used it for several loads already and so far, so good!

4 thoughts on “Pushing Too Hard”