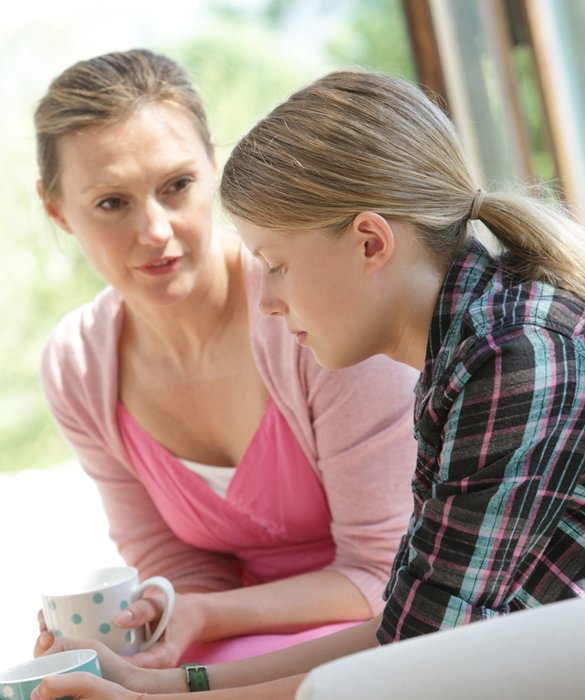 The girl stood taller than the rest of the children. She was older than they were and she felt awkward and even ugly next to all that adorableness. This was a tough time for her, as that stage between childhood and adulthood often is for many of us.

As they gathered together to eat, the mother of the visiting family unobtrusively whispered in the girl’s ear, telling her that she would be so happy if her young daughter would grow up to be just like her.

To a struggling twelve year old, these words were some of the most encouraging she could have offered. The young girl, now in her 20s, has never forgotten that moment of encouragement during a challenging time of her life.

My daughter told me this story only yesterday. I am not sure I had ever heard it before. But as she expressed her gratefulness for the woman and her wise words, I again realized the power of words.

We forget that words have the power to break someone down or build someone up. And so many of us are in the habit of  sharing the negative and never sharing the positive. We feel very comfortable saying what we don’t like, what we think someone should be, what improvements are necessary, and how someone isn’t meeting our expectations.

But when things are going well or there is something we really appreciate, so many of us tend to keep our mouths shut.

Many years ago, during a time when I was playing piano solos in my church, I realized the encouragement that could be given with just a few words.  I would work hard at a song and would feel rather deflated if no one told me they appreciated my hard work. And yet, if even just one person took a brief moment to thank me, I would feel like the work was worthwhile.

Now, God used this to teach me a myriad of lessons, the most important being that I should not long for the praise of men (I am still learning that lesson, by the way). But another lesson I learned during that time is that if I appreciate something about someone, I need to let them know.

Whether you talk to them in passing, take them for coffee, or write a short note to express appreciation, taking the time to share your positive thoughts is always a good idea.

God has dedicated a good portion of James 3 to this topic of the tongue. James tells us that–

And the tongue is a fire, a world of iniquity. The tongue is so set among our members that it defiles the whole body, and sets on fire the course of nature; and it is set on fire by hell. 7 For every kind of beast and bird, of reptile and creature of the sea, is tamed and has been tamed by mankind. 8 But no man can tame the tongue. It is an unruly evil, full of deadly poison. (verses 6-8)

I heard a testimony the other day of a man who had come to know the Lord as an adult. As he talked about his faith in Christ, he mentioned that before he was even beginning to think about Christianity, someone had planted seeds of life in his heart. It would be several years before those seeds came to fruition, but that wise person had planted them, just the same.

Encouraging others and planting seeds of the gospel– now that is what I want my words to do. Don’t you?

Scripture is so clear on this, speaking to this very topic directly in a multitude of verses–

And there are many more.

Let’s use our words today to build up and encourage. Let’s use our tongues to plant seeds for the gospel. And let’s wisely consider each word before it is spoken.