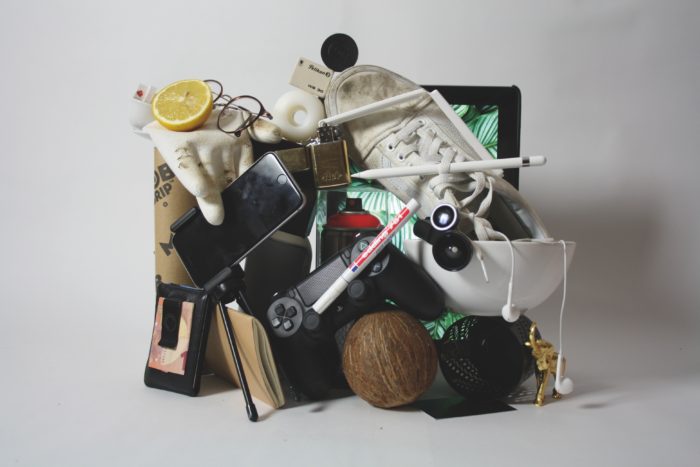 I had lunch with a dear friend this week and, as always, the conversation easily flowed as we talked about the Lord, life, family, and whatever else that came up.

During our time together, we started talking about her childhood as an MK (missionary kid). It all started with a string of gold beads. You know–the kind you get for your tree at Christmas. She glanced at them and said that when she was living on the mission field, she remembered her family having a string of brightly colored beads that went missing one day. The next day they started seeing the ladies wearing them in the form of earrings. They had been stolen and turned into earrings!

Now you may think–what’s the big deal? Who cares about a string of cheap beads?

But as we talked further, I started to get just a little feel for the culture in which she lived. She went on to say that in that native culture, stealing wasn’t considered wrong unless someone “caught you”. With this being the case, everything they owned was at risk. Especially if it was outside. Even clothing hanging on a wash-line was apt to be stolen. Any servant brought into the house to help with the hard task of daily living would bring the risk of losing more of your personal stuff.

Since they were hours and hours away from the closest city, there would be no opportunity to get more stuff anytime soon. There was no running to the local Walmart or Target to replace something when you live in the jungle.

As she told me this story, she shared how her father had told her that he had learned not to care so much about his possessions on the mission field. What wasn’t stolen was often ruined by the awful heat and humidity.

As I listened to her talk, I was challenged. How much we all value “stuff”. Right?

Oh, some of us don’t have a struggle with any of this. But a good many of us do. And it goes way beyond just wanting the latest and greatest…

Some people just buy a lot. They are “stuff-aholics”. Others value stuff so highly that they get angry or depressed if some of their “stuff” is ruined or goes missing. And, of course, there are those who just like feeling like they are better than others because of their accumulation or brand of “stuff”.

But, after all is said and done, it’s just that: Stuff. We can take none of it with us to heaven. Whether we like it or not, it will all end up in the junk heap. And our value is certainly not determined by how much or what kind of stuff we own.

So why do so many of us wind up loving our stuff so much? How in the world do we get so off-kilter when it comes to this matter of buying, keeping, and valuing our stuff?

I am sure our materialistic culture is to blame, to some extent. Everywhere we turn we hear “BUY MORE STUFF!” It is the main marketing message that hits our ears [what feels like] a million times a day.

But that’s really no excuse for a Christian, right?

As I think on this, Colossians 3:1-2 comes to mind. It is here that I think we can find a principle related to how we view our stuff–

If then you were raised with Christ, seek those things which are above, where Christ is, sitting at the right hand of God. Set your mind on things above, not on things on the earth.

The more fixed our eyes are on heaven, the less important our earthly stuff becomes.

You see, there isn’t anything innately wrong with owning stuff. There are many examples in scripture of wealthy men and women who followed God whole-heartedly.

The trouble comes in when we don’t view it with the right heart and a godly attitude. And I’ve noticed that this attitude is not dependent on how much money one has. There are greedy, miserly people who are living paycheck to paycheck. And there are godly, generous people who make millions of dollars each year. The greedy, uncharitable, or discontent heart appears to be completely unrelated to income.

In my friend’s case, her father’s hands were pried loose from his stuff because, in a foreign land, it became a most uncertain commodity. At any moment it could be gone and he was forced to recognize his stuff wasn’t his own but God’s. And, in turn, he was forced to rely on God when his possessions would disappear.

Here in the western world we live in, we rarely get to such a point. Instead, we need to be much more intentional on learning the godly approach to stuff.

This can only be done by diving into the Word and learning there what kind of attitude we should have. God has blessed us immensely here in the west in regards to material things. But, with that, comes its own special challenges, as well as a grave responsibility.

So may we strive to hold our “stuff” with a content heart and an open hand. After all, it really isn’t ours, anyway. We need to be godly, generous stewards of what God has allowed us to have for this time.