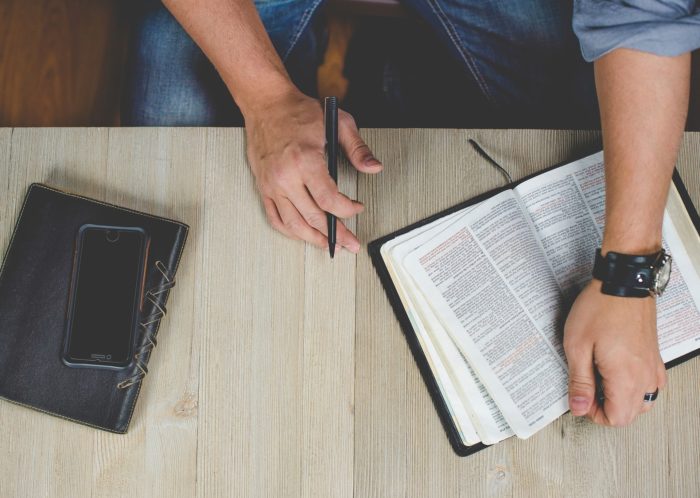 I heard an interview the other day with a guy who claims to be a Christian. This guy grew up in a solid Christian home that taught the Gospel so he should know better. But what I heard him say made me cringe.

“We just need to love people into the Kingdom. Jesus wouldn’t have done anything but love them. He would never judge.”

Or some such nonsense. That’s my paraphrase of what he said.

As I am currently reading John 1-7 for our 2020 Growing4Life Bible Challenge, the ridiculousness of his words especially struck me. One has to wonder if he has even read the Bible?

Did you know that Jesus was not tolerant of everything and everyone, as so many proclaim today?

Let’s go to the Word and take a look.

And also note how He spoke about them to others:

How is it you do not understand that I did not speak to you concerning bread?—but to beware of the leaven of the Pharisees and Sadducees.” Matthew 16:11

Instead of tolerating them, He spoke truth to false teachers and He also gave warnings about them to others.

In this current “Christian” culture, anyone who speaks truth or gives warnings is verbally crucified. You just have to take a look at social media to see this in its full glory. It can be the most obvious, unbiblical thing in the world, but if you dare to say something negative–even if it’s in the most loving way– you are automatically labeled “the unloving very bad Christian”.

This label often comes from other Christians who will toss the name of Jesus around as their back-up: “Jesus would never…”

But we can see from scripture that, yes, Jesus would. And He did.

He would call people out. He did warn others. Saying that Jesus is only love and no judgment is a clear indication of biblical illiteracy.

It is neither prideful or arrogant to confront false teachers or to warn about them. Of course, we need to be loving while we do these things. There is never a place for arrogance nor harshness when we do what we are to do. But I have no doubt we are to follow Jesus’s example in this (which, by the way, is also confirmed clearly throughout the New Testament).

Second, Jesus was not tolerant of those who would defile the Temple. In John 2, we find a passage that doesn’t fit with our cultural definition of Jesus at all. Here He makes a whip of chords and drives the money changers out of the temple. They had taken what is sacred and holy and had made it into an opportunity for personal gain.

Can you think of anyone who is doing that today? (Thinking of just one is the hard part, right? There are thousands.)

And, yet, we are told that to even speak negative words is sinful (much less doing what Jesus did in John 2!). We are encouraged to just “go along to get along”. Unity is far more important than truth. Again, anyone who is teaching this and holding up Jesus as their example clearly does not know scripture.

And, once again, we come back to the bottom line:

There is no possible way to stay true to the faith without reading, studying, and anchoring ourselves in God’s inerrant, inspired, and completed Word.

It is truly our only hope.

We can only know the real Jesus by knowing the Bible and what it says about Him.

In a culture that is positively reeling with relativity, deceit, distortions, fabrications, visions, and outright lies, the solid truth of God’s Word is our only rock. Literally.

There are no words to fully express my gratitude in God giving us His Word for such a time as this. It answers any question we may have. It shines light on the darkness. It makes clear the murky. And it exposes that which would pretend to be light.

I’ve said it before and I’ll say it again: Read the Bible. Study it. Memorize it. It is our only defense in a church culture that is made up of appealing, and sometimes ludicrous, ideas that appeal to man’s flesh but have no basis in scripture whatsoever.

8 thoughts on “Did You Know Jesus Was Intolerant?”