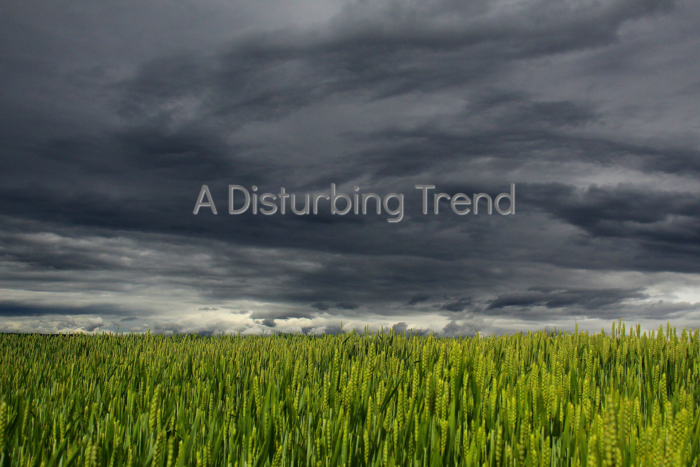 I have been noticing something recently. It’s quite worrisome and I wanted to bring it to your attention.

The Christian world is currently broken down into three categories of people:

1) Those who believe discernment and speaking anything negative about someone (even if it is true and necessary) is evil.

(I am still unsure of where someone finds this viewpoint in scripture? And, yet, so many Christians believe this. Read more about this here.)

2) Those who try to stay balanced–practicing and encouraging discernment while not making it their life’s mission.

(This is where I try to stay because discernment is truly just one part of a healthy Christian life. Although, I have to admit that this can be a challenge when you recognize all that is going on to draw people away from the only true God.)

3) And those who are extremely passionate about discernment and see it as their ministry.

(This is where people can become a little and sometimes a LOT unbalanced if they aren’t very careful.)

But in this third circle, where we find some really good discernment bloggers, I have been noticing a trend. Not with all of them but with some of them.

And it is this: Their refusal to write about certain leaders and authors.

It has been an interesting thing to watch– to say the least. While they will easily (and rightly) give a biblical critique of someone like Beth Moore, Joel Osteen, or Bill Johnson, they say nothing about what’s going on in the Southern Baptist circles with Al Mohler, Russell Moore, J.D. Greear, and others as they change their views on homosexuality and promote the “woke” movement or any of the many other things going on in that circle. Nothing.

Thankfully, there are still a few brave souls who will speak up. But this group is quickly shrinking.

Now, in some ways I get it. To do so would, in a very real way, be to commit blogging suicide.

Many of these bloggers have the ears of certain popular folk that reside in the reformed and/or Baptist circles. And these certain popular folk not only also refuse to speak up about what’s going on but, in fact, join with these men at conferences, on radio shows, and in many other ways.

So to speak up against them would be to, most likely, lose your {relatively small} bit of fame, your preferred “discernment blogger” status, and the support of those who refuse to break with men who are headed pell-mell in the wrong direction.

While these bloggers refuse to say anything, some of them then proceed to tweet unkind words about those that do, indeed, have the fortitude to stand up and speak out. I have seen it and it is just…so wrong.

I don’t really have an answer. I just wanted to go on record saying that I see this happening and it is beyond disturbing and most disheartening.

And I wanted to make you, my small circle of readers, aware of this, as well, so that you can be on the look-out for this, too. It is amazing what someone can say by silence.

And, once again, I just encourage you to not hold any person up as your idol. No matter how they helped you grow or helped you see, they do not deserve your undying loyalty.

All of us are sinners that are still fighting with the flesh. All of us fight the desire to be popular and liked and praised. And, as bloggers, this desire can and often does drive what we choose to post or to not post. Blogging for the Lord and His glory alone is not as easy as you might think.

So I’d really encourage you to not rely on just one or two people for the whole story these days. Just as we diversify our assets in financial planning, so we should diversify our sources when it comes to this topic of discernment.

I know this is not a biblical post, per se, but I just felt this needed to be said. Hope it helps. I’ll get back to my normal type of post next time. Thanks for reading.

Test all things; hold fast what is good. (I Thessalonians 5:21)

13 thoughts on “A Disturbing Trend”