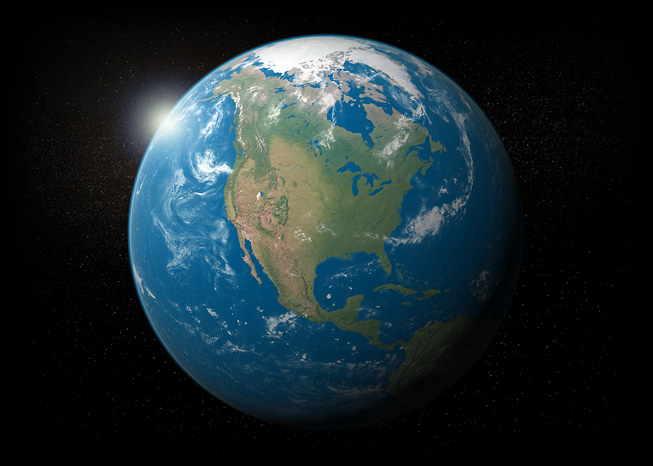 One of the biggest concerns I have regarding modern missions is the focus on the physical needs of man without care for the soul.

Mark 8:36 says, “For what will it profit a man if he gains the whole world, and loses his own soul?” This is in the context of gaining material wealth, but I believe it can also be applied to our mission philosophy.

I know this is an unpopular stance to take, but Mark 8:36 makes it clear: all of the clean water, used clothing, and healthy food in the world isn’t going to make a difference eternally.  All of the educated masses, peace projects, and new buildings are not going to save a soul. Unless they are accomplished alongside sharing the truth about God and His way of salvation. For what do we accomplish enduringly if we don’t share the gospel? It is my opinion that all Christian mission agencies should have sharing the gospel as their primary purpose.

I have been so disappointed to see many “Christian” mission agencies relegating what should be their main purpose to fourth or fifth on their list or, for some, to not even making evangelism a part of their purpose, choosing instead to encourage the false religion that is already embraced in the foreign country for the sake of diversity and unity. I recently read a pamphlet by a Christian mission agency that actually put it something like this– “We exist to provide clean water, education, and care for {the people} and we teach them about God’s love, too.” Not exact words, but close.

My thought was that this is a rather new occurrence in our modern day messed-up church. But, alas, Catherine Booth was running into this same problem in the 1800’s as she and her husband started the Salvation Army. This short excerpt is from her book Popular Christianity. She goes on to expound on the different errors that we make in our human take on missions and it is an excellent piece, but much too long to offer here. And so I will share her introduction and her last paragraph. Both of which are full of wisdom when it comes to this topic of missions, whether they be at home or on foreign soil. Let’s keep first things first!

Here is the excerpt–

Benevolence has come somewhat into fashion of late. It has become the correct things to do the slums, since the Prince of Wales did them; and this general idea of caring in some way or degree for the poor and wretched has extended itself even into the region of creeds, so that we have now many schemes for the salvation of mankind without a real Saviour.

Do not misunderstand me. I have no objection—nay, I rejoice in any real good being done for anybody, much more for the poor and suffering—I have no objection that a large society of intelligent Christians should take up so noble an object as that of caring for stray dogs, providing it does not interfere with caring for stray babies! I desire not to find fault with what is good, but to point out the evil which, to my mind, so largely diminishes the satisfaction one would otherwise feel in much benevolent effort being put forth around us. As I said at the beginning, the most precious stone given instead of bread is useless to a starving man.

Surely nobody ever cared for poor suffering humanity so much as Jesus Christ. He gladly put forth His mighty power for the healing and feeding of the body, and He laid it down most distinctly that all who were true to Him must love the poor and give up their all for them in the same practical way in which He did; but all this real brotherhood did not prevent His keeping the great truths of salvation ever to the front, and applying them as relentlessly to the poor as to the rich, and vice versâ.

But now in the name of Christ we are asked to believe either that the truest way to carry out His intentions is to ignore men’s souls and care only for their bodies, or else to join with this sort of material salvation some theory that will practically get rid of all serious soul-need.

And she closes with this final statement–
Let no benevolent projects, no magnificent phrases deceive you. The good done to mankind by the poor fisherman who spoke the truth, the whole truth, and nothing but the truth, has surpassed all the achievements of modern philanthropy as far as the noon-day sun surpasses the rushlight.

If you want to elevate the masses, go and ask HIM how to do it, and if the answer comes, “Take up thy cross and follow Me,” OBEY.