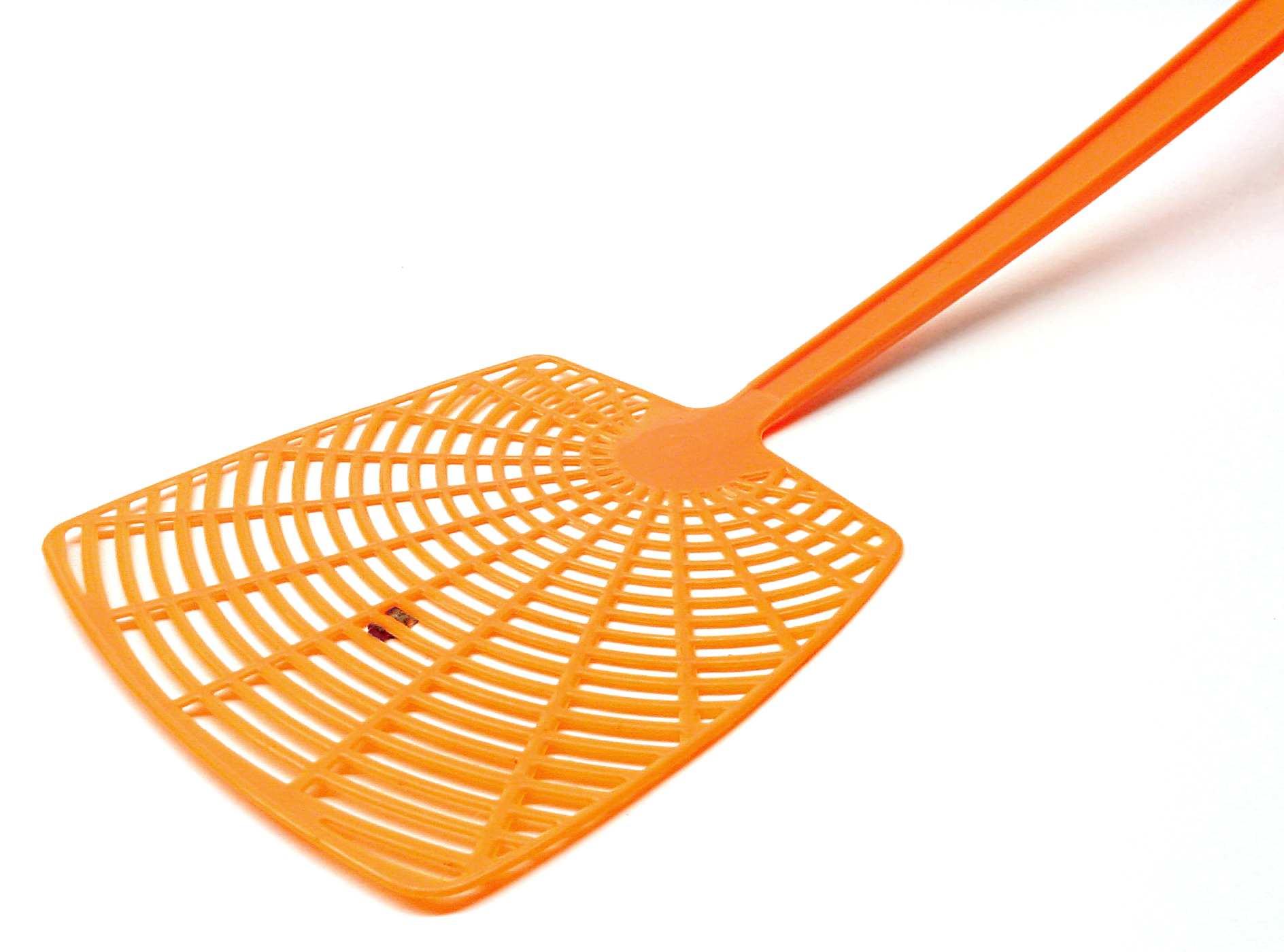 I was reading in my bed.  It was after 10:30 pm and I was comfortably snuggled in for the night with book in hand.  That is, until the fly came around. You know the kind I mean – the kind that buzz around your head loudly and incessantly and move so quickly you can hardly spot them.  At first, I tried to ignore it.  But it was impossible.  It seemed to have some special attraction for my head and would not go away. Irritation set in.  Why now?  Why won’t it just go away? But I got myself out of bed and grabbed a fly swatter and then set up watch.

I am glad no one was watching, because I am sure I looked ridiculous standing there in my pajamas with a fly swatter poised up in the air, just waiting for the annoying fly to land somewhere.  This went on for several minutes but the thing never landed.  It just flew quickly to and fro.

But then I stopped to listen.  I didn’t hear any buzzing.  Perhaps it had left?  I looked around in the light shed by just a single lamp in the room. I couldn’t see it.  I couldn’t hear it.  I sighed and climbed back in bed, the fly swatter within arms’ length, just in case.

I started reading again and enjoyed a few moments of peace and quiet.  A few moments.  Until that crazy fly returned, ruining my peace once again.

This reminds me so much of how it works with problems we don’t want to deal with. We are comfortable…but then our teenager says something worrisome or we hear something disturbing about a family member.  Oh well, perhaps it’s nothing to worry about.  And then we hear something else or perhaps someone even comes to talk to us about a problem they see.  But we don’t want to rock the boat and so the buzzing continues. And then, quite suddenly, the buzzing goes away for awhile and we think the problem has disappeared.  Just about the time we are starting to let our guard down, it shows up again, worse than ever.

You see, most problems won’t just disappear.  If we don’t face them head on, they are not only likely to come back around, they are probably going to get worse.  Unlike a fly that is limited in the damage it can do and is simply an annoyance with a really short life span, problems can blossom into huge things that will change our lives, if we aren’t careful.

A teenager that is interested in an unbeliever can turn into a troubled marriage.

A young adult who gives no care to a budget can turn into a debt-laden adult, struggling to just survive.

A person who gives in to their passion for eating can turn into an obese person who can’t fit in airplane seats or amusement park rides.

A teenager that hangs around with the wrong friends can turn into a pregnant teen or drug user.

A husband that spends too much time online has become the cause of many a divorce.

A wife that flirts with a co-worker becomes the beginning of an affair.

These are just a few of the scenarios that play themselves out if we don’t deal with issues head on.  It is so much easier, in the short-term, to just bury our heads in the sand.  But, oh, the devastating consequences of not dealing with things when they are manageable, instead of waiting until it is almost too late (for nothing is ever “too late” for God).

Of course, there are some times when it is better to wait it out and practice patience while we watch and pray.  And so that is the tricky place we find ourselves in.  But, let’s remember, that watching and praying is doing something, too.

What we don’t want to do is simply ignore problems.

As for that fly, I can’t even remember what happened (isn’t that pathetic?! the sad truth about my 40-something memory) But whatever happened, it did teach me a lesson that evening.