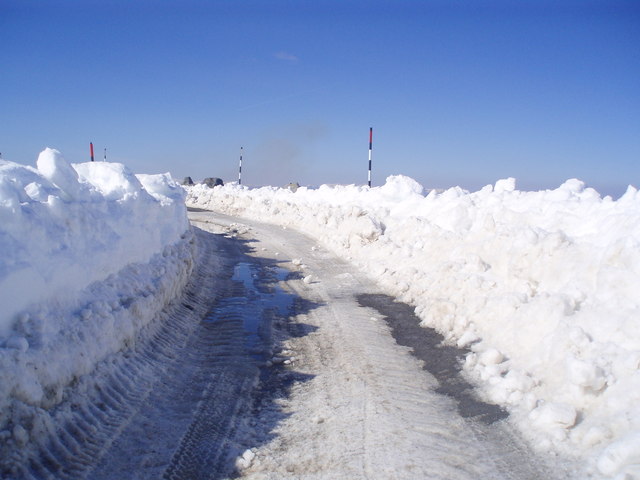 It was 2:30am when my husband got home last night. Snow does that to his schedule. The problem with yesterday is that this one wasn’t really predicted. At least not in the way it turned out.

The predictions started out by calling for 1-3″ and then turning to rain with rising temps. A couple of hours later it was supposed to be less than 1″ before changing over. What ended up happening was over 3″ followed by some freezing rain and sleet with temperatures that never did really rise above the freezing mark.

That changes everything for a snow removal guy.

The night before this snow event, my husband was scanning through all of the weather forecasts — on tv, online, and using apps on his iPhone, trying to discern which one was correct. He usually goes with the one that is most popular. After all, if three or four weather forecasters are saying the same thing, they must be right, right?

Because no one really knows.

I often have to laugh about weather forecasts. Doesn’t it sometimes seem as if God is showing us how really out of control we still are? We are busy building our modern day technological Tower of Babel and He keeps knocking it down. We will never reach Him–at least not in that way.

But eventually, if you watch a lot of weather forecasts, you realize that they really are only educated guesses about what a certain weather pattern is going to do.

Because no one really knows.

The same could be said of what happens after we die. Where do we go?

There are a lot of theories about this. Some more popular than others. The most popular — at least here in the states is that we all go to heaven. That is, by far, the most pleasant option, isn’t it?

But the problem with predictions is that–

No one really knows.

And there’s another, much bigger, problem–

Truth is rarely found in the majority.

So how do we know what’s coming? What should we base it on?

As you probably already know, I base my answers on a Book. God’s Book. Sure, I don’t always like everything I read there. I would love to believe in a world where heaven is the final resting place for everyone and love is all that matters. But if that’s not the Truth, then it doesn’t really matter what I believe, does it?

Just because I believe it doesn’t make it true. I have to confess that this view on truth is really one of the strangest phenomenons in today’s world. Well, if you believe it, then it’s true for you. No, it isn’t! Just because you believe 2+2=5 doesn’t make it true. (Sometimes when I listen to people talk about truth I almost feel like I’ve landed in a parallel universe. This surely can’t be the same world I grew up in? It has changed that much.)

So why the Bible? How do I know that the Bible is true?

I could give you a lot of reasons (and will list a few articles after this post to get you thinking) but at the end of the day, I have chosen to believe that the Bible is God’s Word. Period. And, oh, how it has been confirmed for me in a myriad of ways– from how I see the end times scene coming together to how I’ve seen Him work in my life and in lives around me. It all makes so much sense.

From this, I base my whole belief system with confidence. It doesn’t really matter what other people think or believe, because I am standing on the Word of God. People can ridicule and mock me, but I cling to the Bible. I am standing on a foundation that will not move. As that old, beloved, hymn says–

How firm a foundation, ye saints of the Lord,
Is laid for your faith in His excellent Word!
What more can He say than to you He hath said,
You, who unto Jesus for refuge have fled?

And that changes everything for all of us.

Here are some helpful and reliable resources–

How Do We Know that the Bible Is True?

How Do You Prove the Bible is True?

What evidence is there that the Bible is in fact God’s Word?

Can You Prove the Bible is True?

What must I do to be saved?