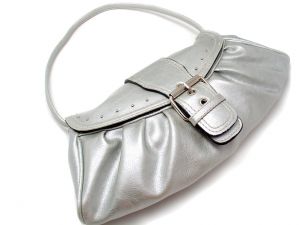 “Mom, can you cancel my bank card right now?” The distressed voice said quietly in my ear.  My mind quickly thought of a few scenarios that may have triggered this request, but I wasn’t expecting to hear that my daughter’s car was broken into while she and her boyfriend were delivering turkey dinners to the needy for Thanksgiving.

After a long and drawn out conversation with my bank to deactivate the card, I called my daughter back to get the longer version of what happened.  She had hidden and locked her purse in the car around 10am, when they had joined a group to deliver the dinners.  About five hours later she returned to a broken car window and a missing purse (along with a few other items).  Thankfully, she still had her iPhone and the car key.  But her favorite purse- a loss in and of itself- had contained a special key chain with all of her other keys, her glasses, her camera, her bankcard (with $300 stolen in a matter of hours), her license, and a number of other items hidden within the depths of that purse.

When she returned home, we had a long conversation about why it isn’t ever wise to leave your purse in a locked car in the city.  It wasn’t wrong–it just wasn’t wise.  If she had asked me (the older and wiser person in this case) I could have steered her in a different direction…at the very least I would have suggested she put it in the trunk.  While it caused some major inconvenience and expense, we all make mistakes and thankfully it wasn’t the end of her world.  You can get a new license.  You can get new glasses. You can buy a new camera.  And supposedly the bank is even going to return her money.

But it did make me wonder–how often could we spare ourselves consequences if we listened to someone wiser than ourselves?  Not only on the black and white issues that are clearly stated in God’s Word, but on the gray issues, too.

Some mistakes aren’t just inconvenient and expensive.  Some mistakes cost a lifetime…or a relationship…or your life savings.  Why are we so slow to ask for…and then follow…advice from someone older and wiser than ourselves?  Perhaps we don’t always need to learn the hard way.  What if there are people who learned through some very difficult circumstances and can tell us where our current path will probably lead?

The workaholic, now aware of his mistakes, may tell you that what he gained financially wasn’t worth what he lost in relationships.

The recovering alcoholic may tell you that it all started with a weekly trip to the bar.

The nagging wife may tell you that all her nagging got her was an unhappy marriage.

The recovering gambler may tell you that he would give anything to never have walked into a casino.

Oh, the wisdom that can be gained from listening to those who are older and wiser than ourselves.  But, no, we think it won’t happen to us.  We won’t become the alcoholic who destroys our family or the gambler that puts our family into financial jeopardy.  We think the person we marry will become saved… eventually.  We believe that “nagging is just my personality”.  Oh, we come up with all kinds of rationalizations, moving full speed ahead.

But do we have to always learn things the hard way?  Or does a wise person learn from the mistakes of others?  In fact, God’s Word, in Proverbs 19:20, instructs us to “listen to counsel and receive instruction, that you may be wise in your latter days.”   The person who shuts his eyes and proceeds to travel a dangerous path is going to fall.  It is not a matter of if…it is when.

Pride and stubbornness lead to heartache.  An unwillingness to listen to wise counsel leads to heartache.  And do you know what is the most heart-wrenching thing about this principle? It is that nine times out of ten–if the person would have just listened– they could have saved themselves such dreadful consequences.

As I write this, I think of a girl who just made this statement.  She has found herself in a terrible, awful mess.  About the worst you could find yourself in as a 22 year old.  And as she ended up tumbling down to the bottom of a very deep emotional chasm, she said to the person who had counseled her wisely several months before: “I should have listened to you.”  She wishes she would have listened to the wise counsel given to her.  But, for her, it is too late.  She has a long, dreary, difficult road ahead of her now.

We have one opportunity to live this life.  Only one.  And there is no guarantee on how long it  will last.  May we be wise and teachable.  May we learn from our elders.  May we not be so arrogant and naive to think we will be spared the obvious consequences of unwise behavior.  May we never think we are too old and wise to learn from the experiences of others. And most of all–may we desire to please the Lord in all that we do.