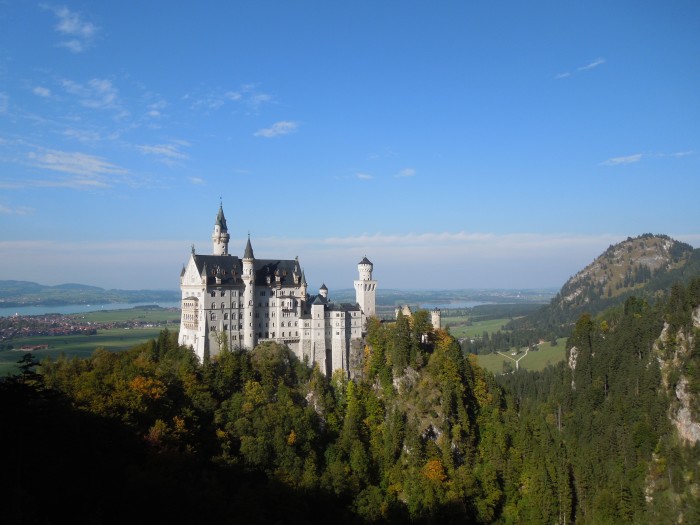 A very long time ago, in a faraway land, there lived a young man. He was strong and brave and ready to take on the world. He lived in a forest with his sick, old mother. Every day he would go in to the forest to hunt for food. One very sad day his mother died. He had nothing left to live for and despondently wandered through the forest. He went further than he had ever been before. He was in the darkest part of the forest.  Things turned almost black under the dense cover and then–suddenly–he was in the sunlight. He found himself in a meadow full of blue sky and green grass. As his eyes adjusted to the bright sunlight, he saw little blue and white flowers in abundance and over to his left was a family of rabbits cavorting in the tall grass. As he looked out towards the horizon, he caught his breath. For there, far off into the distance, was a huge castle with dozens of turrets and towers gleaming white in the sunshine. The young man found himself embraced by a new sense of purpose.

He would go to that castle.

The young man was warmly welcomed at the castle and immediately accepted into the King’s army. He proved himself such an intelligent and diligent worker that within a few months he found himself one of the King’s personal servants. He was fully dedicated to the King and would do anything the King requested.

Now in this kingdom there was a Wicked Usurper. This usurper had been away for a long time doing his evil and dastardly deeds in other parts of the world. But a few months after the young man had become the King’s personal servant, the Wicked Usurper returned.

WAIT!  What?!?  That is not how the story is supposed to go.  What happened to “happily ever after”?

If you call yourself a Christian, think with me for a moment. Have we turned away from serving The All-Powerful, Loving God, to instead serving–

Have we left the safety, security, and peace of God’s Kingdom and instead turned to serving Satan’s dark and perilous Kingdom?

I am not talking about who we SAY we serve. Talk means nothing. What do our actions show? What do we spend our precious hours doing with our time? What do we think about?

We need to ask ourselves this very important question: Am I serving my King or am I serving something or someone else?