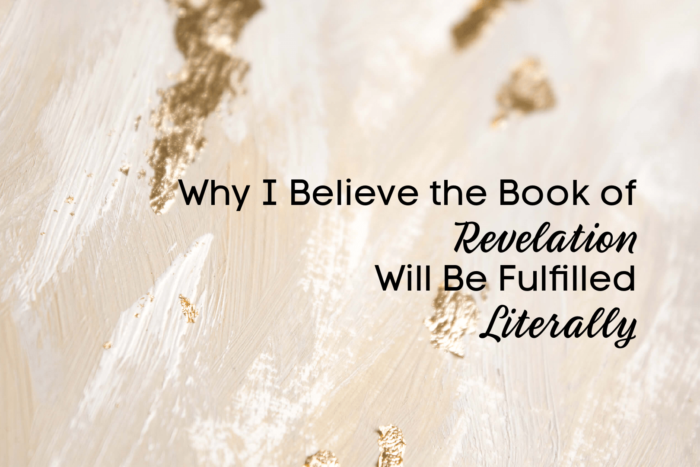 If you are over the age of 50, you can remember a time when the church was very focused on the rapture and the tribulation and what that would look like. Movies like Thief in the Night and A Distant Thunder brought fear and trembling as we considered our standing before God and what the world might look like after the rapture. The interest died down in the 80’s a bit and then was renewed a few years later with the Left Behind book series put out by Jerry Jenkins and Tim LaHaye.

And then something drastically changed. Suddenly, most churches became silent on the topic. I remember talking to someone who told me that they didn’t even know what their church teaches on eschatology. They never talk about it.

But many in the intellectual circles started teaching an eschatology that was different than what I had always believed in. Replacement Theology, Amillennialism, Post-millennialism, and Dominionism (or Kingdom Now theology) all grew in the wake of the church’s silence as people searched for answers. Many landed with the intellectuals who were declaring that their eschatology was coming from the early church fathers, such as Augustine (I’d like to add here that it is better to get our eschatology from the Bible as one only has to look back before Augustine to recognize that the early church actually taught pre-millennialism.)

I am not sure if you are aware of this, but probably over half (or more) of believers would not believe in a literal Revelation. To believe in this is to subject yourself to much scorn, particularly in the intellectual circles of Christendom.

And, so, today I want to explain to you my own personal journey and how I landed quite solidly in believing that Revelation will be fulfilled literally. While this was what I was taught as a child, I did not automatically assume this as an adult. God has, step by step, been showing me this truth through a variety of avenues. I have much more to learn and God keeps teaching me, for which I am extremely grateful.

Before I go on, I want to make sure you understand that I firmly believe that those who don’t agree with me on eschatology are still my brothers and sisters in Christ if they believe in faith alone through Christ alone for salvation.

So, on to my own journey of how I ended up where I did.

1. The Miracle of Israel  I believe the first step in this journey was a book I just “happened” upon. It was a secular work of fiction called Exodus by an author named Leon Uri. To be honest, I have no idea how I came across it or what made me pick it up but this book changed forever how I viewed the nation of Israel. As the author told a fictional story that was filled with many facts of the birth of modern day Israel I was astounded and even shocked at the miraculous and supernatural nature of it. It gave me much pause for thought that even a secular author could see this. More research into the actual event confirmed what the author had written.

The modern-day nation of Israel should not exist. But God. His supernatural protection of her has continued to this day. To me, this eliminated Replacement Theology. There was no way God didn’t have a future for Israel. Why, we were seeing it come to fruition right in front of our eyes!

I could expound a bit more but I don’t want this to get too long. So may I encourage you to do your own research to confirm what I am saying here? I truly believe, you, too, will be surprised at what you find.

2. My Personal Study of Romans 9-11 As I was reading through the Bible for the first time ever, I had finally reached the book of Romans. To my shame, I had never read the whole thing through. When I read Romans 9-11, I was shocked at the clarity with which Paul himself talks so clearly about God and His Love for Israel. Here we find that, clearly, God has a future planned for Israel. To come away with any different interpretation is to do interpretive somersaults and back flips. Oh, it may sound intellectual but I wasn’t looking for what sounded intellectual. I was looking for what is right.

3. A Consistent Approach to Hermeneutics (which is: the study of the general principles of biblical interpretation)  I remember having a conversation with a pastor many years ago now and his comment to me was that he just can’t understand how [the Reformed crowd] simply change their hermeneutics when they reach Revelation. This led me to find out exactly what he meant. What exactly were Hermeneutics and why do they matter? I read a whole book on interpreting the Bible correctly and then took an online course on Hermeneutics, in my efforts to understand why it matters how we interpret scripture. What I came away with was exactly what the pastor said. If we apply a literal-grammatical-historical approach consistently to scripture, we always end up with a literal Revelation.

I remember hearing Abner Chou once say something like this: “If the plain sense makes sense, there is no need to look for any other sense.”

There is no need to look for allegories unless what we read makes no sense. And Revelation makes perfect sense. Especially in light of what we are seeing today, which leads me to my next point.

(There is so much more to say here but, again, I encourage you to dig on your own. A great place to start is this essay written by Abner Chou. It is long and hard to read but it is helpful for someone who is truly searching.)

4. Current Events What is happening around us has always been a pretty convincing argument that Revelation was going to be fulfilled literally. It just made sense. But, as I have watched the events of 2020 and now 2021 unfold, I have stood back and watched with awe. If anyone has had any doubts about a literal Revelation, I can’t see how they continue to do so after the past eleven months! We are watching the world get set up for a Revelation 13 scenario in ways we never dreamed we’d see in our lifetimes. It’s honestly incredible. And, yet, still so many just can’t see. I have found the past year to be incredibly confirming of scripture. What was prophesied 2000 years ago is getting set up to take place right before our eyes!

I was going to write a whole post on how the signs of the times are converging so perfectly with what we are told will happen in the book of Revelation but if you can see it, you can see it. If you can’t (or you say you can’t even though you can), then you may be holding too tightly to a wrong eschatology or you might be gripping on to life here on earth and unwilling to see reality.

5. Understanding How Incorrect Eschatology Plays Into Satan’s Plan. If we are willing to take a step back and look back over history, we can see the role that replacement theology (the Church has replaced Israel) has played in anti-semitism. To be sure, I am not implying that most who hold this theology are anti-semitic but many of those who have believed in it have been anti-semitic, including Martin Luther.

As we turn our view to what is happening in our world currently, we can see how wrong eschatology changes how we view what’s happening. Let’s take a look specifically at Kingdom Now Theology (also called Dominionism). To put it very simply, this is the view that Christians will work to make the world better and better, as we prepare it for the Lord Jesus at His return. From the Bible, we see that the antichrist is going to bring a false sense of peace to this world. Think how vulnerable those who believe in Kingdom Now Theology will be to a man who claims to be working for God? Think for a moment, if you will, how they will actually help bring in this false system of light because they have been deceived. They are, in essence, working against God instead of for Him.

So these are a few ways that God has used to bring me to an understanding of the future as prophesied in the book of Revelation. As I’ve mentioned many times before, I am no Bible Scholar. I am not even asking you to believe as I do. I am more interested that you are willing to actually study the Bible to come to your own conclusion. You see, so often we rely on men to tell us what we should believe instead of studying the topic for ourselves.

Yesterday, I was having a conversation with someone and I pointed out the compromise of a certain (very popular) teacher, using scripture to back up what I was saying. The response was from a heart unwilling to see. When I asked her to back up what she was saying with scripture, she replied that it wasn’t necessary. Basically, she was going to believe what she wanted to believe.

What that person didn’t realize was that she had made herself the authority on what to believe, rather than holding the Bible as her authority.

While this is probably worth a post all on its own, my point is that the starting place to find out what we believe about the end times is a humble heart with an open Bible. No matter what you believe about eschatology, it’s important that we know why we believe it from the Bible.

There is much more depth to the defenses for and debates surrounding these different eschatologies than I am able to delve into here. I know that those who believe a different way have a multitude of reasons that they could proffer for their beliefs.

But I am here to encourage you to think for yourself.

Don’t let an intellectual sway your thinking. Don’t be moved by peer pressure or the scorn of a certain group of people. Be willing to ask God to give you insight and then study His Word. And then bravely stand on what you believe.

No one can make you believe a certain way. You get to choose. Do so wisely. Cast your own preconceived notions and favorite teachers aside. And then search out the truth in God’s Word with a willing heart, no matter what the cost.