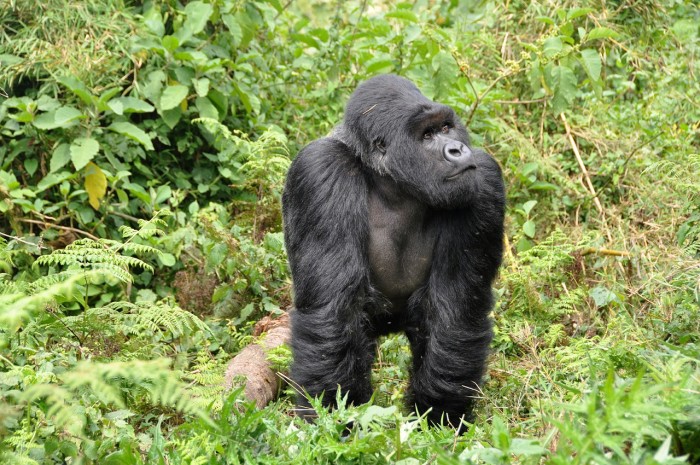 So last week (or was it the week before?) one of the really big news stories was about a boy that fell into a gorilla’s cage at the Cincinnati Zoo. Zookeepers ended up shooting the gorilla to save the boy’s life. While it is a tragedy that the gorilla had to die, I think it is a far greater tragedy to hear what America had to say about it. It really showed us exactly where we are as a nation, didn’t it?

In case you are wondering what I am talking about, let me get a little more specific and give you four things that were confirmed through this incident–

1. First, this incident showed very clearly that love and tolerance only extend to someone that fits in with the proper, politically-correct agenda. There is ZERO love or tolerance if you step outside it. The mother of that boy and the zookeepers have felt the viperous hatred of many in this country, many who probably consider themselves loving, tolerant people. If we unpack this a bit, we see that what is defined as love and tolerance in this crazy, upside-down world, isn’t really either. True love extends grace and mercy to those that we disagree with or who behave in a way that angers us. True tolerance says I can disagree with you without calling you names, destroying you, or needing to force you to agree with me.

We saw this very clearly in the treatment of this naughty boy’s mother and, also, in the zookeepers’ decision to put down the animal for the safety of the boy.

2. After 100 plus years of being inundated with the atheism belief system in our schools, the world is more upset about the death of gorilla than it is about the death of a person. From the thousands of babies who die each day at the hands of cruel and heartless abortion doctors (this was expressed so clearly by Matt Walsh in his post about this incident) to the Christians dying every day at the hand of Isis. Where is the uproar? Where is the cry for justice for human life? It has disappeared into the chaotic morass of what is this culture. A morass where the value of human life has been reduced to that of less than animals. Thank you, Mr. Darwin.

3. Third, I noticed that those who are constantly shouting “Do Not Judge! Do Not Judge!” often seem to be the first to judge in situations like this. Don’t you find this rather ironic? We live in a world that is absolutely obsessed about not judging others or telling anyone they are wrong about anything (since there are no absolute values) and yet, when a gorilla dies because a boy enters his cage, the truth shows it’s ugly head. We all judge. It is how we are created. And, further yet, it is what we are supposed to do. The question is not whether or not we judge between right and wrong. Instead the question is what standard are we using to judge? If we are Christians, it is the Bible. If we aren’t, then it could be just about anything.

4. And, finally, it is so interesting to see a world that attacks a mother for having a son who behaves in just the way a boy would behave whose parents have followed the popular child-rearing techniques. Did you follow that? Let me explain:

Modern-day parents are told that spanking harms a child. They are told that they shouldn’t say “No” or they will be in danger of breaking his spirit. Children are to be allowed to do whatever they want, wear whatever they want, eat whatever they want. This philosophy of raising children doesn’t only lead to self-centered, bratty adults, it leads to naughty children who do things they shouldn’t do. I don’t know anything about this mother. I don’t know how she raised her boy. But, I can say this–I think it is absolutely amazing that more stuff like this doesn’t happen! With so many disrespectful children who do not obey, I would expect this to happen every day in some zoo across America.

Let’s just say that this mother is parenting in this modern way, just as many parents are (even many Christian parents have been sucked into this damning philosophy of raising children). Let’s suppose that she has followed what she has heard on TV morning shows and magazines and the internet. Isn’t it so incongruous that the world that encourages her to let her child run free would condemn her when he does just that?

And so the incident with the gorilla really gave us a true picture of this nation, didn’t it? And something is really wrong with this picture. I don’t have any advice or deep spiritual insight to give. Only to encourage you to keep your eyes on the Lord. He alone is our rock and our fortress. He alone provides the way of salvation. The sea around us may heave, the winds around us may threaten to knock us over, but we have an anchor that will not fail.